Synopsis: SO YOUNG is the debut film of the renowned Chinese actress Zhao Wei as a director. It is based on the best-selling novel "To Our Youth that is Fading Away" by Xin YiwuIt, adapted by Li Qiang ("The Postmodern Life of My Aunt") and produced by Stanley Kwan. It is a film about the love, joy, and pain of a group of young students in their school days and their harsh confrontation with the realities and a lament on the loss of youth to adulthood.

In the brink of the 90s, 18-year-old Zheng Wei steps into her university life with a hopeful heart for love. She forms a great friendship with her roommates and united as a group, they embark on their university life together. Wei meets Chen Hao-Zheng in a chance encounter, and despite initial reluctance, Chen accepts Wei as his girlfriend and the two become inseparable. Four years of university life pass and Wei looks forward to establishing a life together with Chen. However, Chen is forced into an impossible decision to leave Wei. Devastated, Wei decides to start afresh. A decade later, Wei's previous lovers Lin and Chen both find their way back into her life and she has to make a choice of her next step in life..

If you grew up watching Pretty in Pink (1986) and all those brat pack era college movies, it's likely a sign of being over-saturated with the by-products of Western acculturation. Truth be told, it’s not often that we think of what high school life must be like, for the Chinese, and this film shows their many travails and hopes in the springtime of youth.

In the vein of these coming-of-age college dramas, and portraying the excitements and tribulations of teenage romance in a much better way than the faux-hit that was the Taiwanese Cape No. 7 (2008), Zhao Wei makes her directorial debut with So Young.

More commonly known as the titular feisty, spunky princess of the popular Huan Zhu Ge Ge series, Zhao Wei has her character imprinted deep in this film. Originally approached by Xin Yiwu,the author ofTo Our Youth that is Fading Awayto play the lead role, Zhao Wei eventually turned down the acting role to direct the movie.

Yang Zishan, the actress who plays the lead character Zheng Wei, that uncannily sounds like "Zhao Wei,” is the star of the movie with her thoroughly loveablespirited, cheeky, girl-next-door demeanour. Her loud, curt airs are uniquely paired with a vulnerable naïveté that steals the show in a moving climax of the film.

Partly-inspired by her experiences living in a Chinese college dorm, Zhao Wei portrays these spaces in the film as hothouses for academic excellence, but also the fertile, experimental grounds for teenage angst, passion and innocence. For the parts which could have potentially tipped into the realm of “cheesy,” Zhao ingenuously turns them into slapstick laughs. She proves to be quite the savvy producer as well, adding in interesting bits such as the cameo of a popular mainland singer as a radio DJ with a late-night Aunt Agony talkshow, and a side story with a very cathartic payback scene involving Xiao Bei.

Many years later, with the shift into adulthood, most of the characters will lose the spunk of their youth. When once they wore their hearts on their sleeves, they have now matured, or rather, become jaded with the harsh realities of life and having to be responsible for themselves and others. Poignantly, one of the film’s deeper themes revolve around this resignation, and the bitter realisation of what it means to live “successful” lives and the sacrifices it takes to achieve this lie. It is here that the warm, dreamy hues of young adolescence fade into a cold, sombre grey that characterises a subdued adulthood. It is a stark transition, manifest in the mise-en-scène, and critiqued by many for causing a sudden sag in pacing. Yet, this is where I think the film truly excels, in not only being able to spin the audience wild with its characters’ carefree insouciance early on, but to also portray the heart-wrenching life-changing moments that they experience growing up.

To add to the free-spirited, whimsical tone of the film, ice queen Faye Wong lends her vocals to the theme song of the film, “To Youth.”But be warned, however, watching So Young will have you strongly yearning for your youth.

(A fantastic, masterful directorial debut by Zhao Wei, this film is fearless, delirious, tender and full of heart-warming nostalgia—everything it takes to become an instant classic) 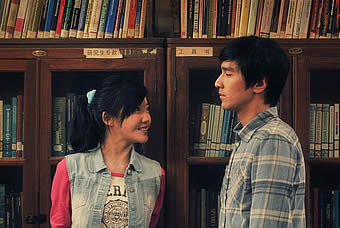 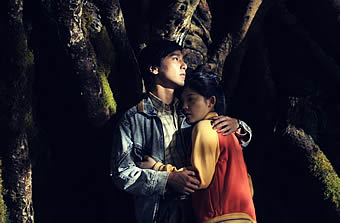 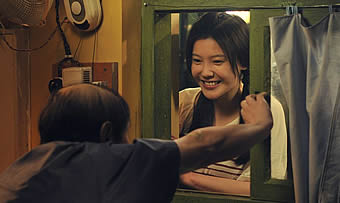 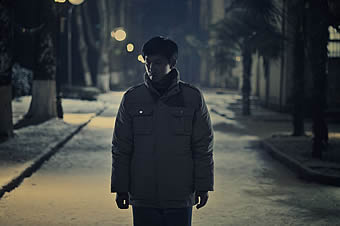