Synopsis: In this highly competitive society, beauty quotient is the new IQ. Guo Jing, an average looking 22-year old girl fresh out of college, has recently joined millions in the unemployed workforce in China. Though she graduates top of her class, scoring a job takes more than just intelligence; Physical appearance also gets in the way. To complicate matters, she is dumped by her boyfriend because he’s no longer sexually interested in her. Suffering heavy blow to her outlook, she decides to reinvent herself in order to put her life back on track.

The guy up there isn’t fair, and we all know it. There’s a reason why this writer isn’t the most dashing specimen from the male species, while he’s surrounded by friends who are seemingly more successful than him. We hear you ask, in what sense? Let’s see – a majority of his friends hold better paying jobs, are happily married with kids, or have “other halves” to spend special occasions with. In short, they are leading better lives. We hear you say, what’s the point of comparison? Let’s see – isn’t it human nature to be envious of what others have and not be contented with thy ownself?

Yup, the world is shallow that way. And that’s why a movie like Aubrey Lam’s latest work is out there in cinemas. The protagonist is a young college graduate who undergoes one cosmetic surgery after another to transform herself from a plan, jobless singleton to, well, a beauty.

The story takes place in China’s Beijing, and as the 84 minute movie would have us believe, the capital is filled with individuals who aren’t at all pleased with how they look. It seems to be the norm to step into a hospital or clinic offering plastic surgery services, asking for a facelift of sorts. Depending on how well off you are, the choice of hospital or clinic may vary to a well maintained and sanitised one, to a dubiously unlit one. But hey, as long as the job gets done, who cares about the process?

The movie stars Chinese actress Bai Baihe, who is known for her breakout role in the low budget romantic comedy Love is Not Blind (2011) co starring Wen Zhang. She went on to star opposite Eddie Peng in 2013’s A Wedding Invitation. Here, she first appears on screen donning an unkempt and frizzy hairdo (this seems to the most convenient getup for a girl to have if she wants to be associated with “ugly”), breaking up with who she thought was her boyfriend. The jerk feels she’s too unsightly and treats her nothing more than a sex partner. Therefore, our heroine begins her journey to change how she looks.

That, and also because she’s fresh in the job market – which means she has to look pretty to clinch a reputable job. Before you know it, she goes for one cosmetic surgery after another. This includes a lip injection, a chin implant, a nose job and finally, a breast augmentation. Along with these come problems like money issues, self esteem struggles, and not forgetting the most important element of a romantic comedy – a man who can promise eternal true love.

The male lead is played by funny man Ronald Cheng (Vulgaria, Special ID), and he does a decent, if not unspectacular job of leaving an impression. It helps that Bai is giving it her all, making this almost one and a half hour affair fairly effortless to sit through. Otherwise, Lam (Hidden Tracks, Anna & Anna) does an okay job exploring the social implications of cosmetic surgery in the urban society. There are a few chuckles here and there, but the somewhat shoddy ending is a letdown. When the end credits roll, you are left unsure whether cosmetic surgery is indeed the solution to all problems. 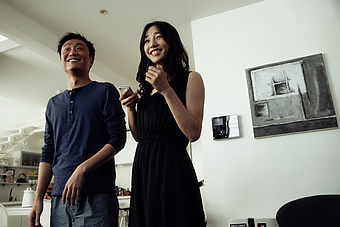 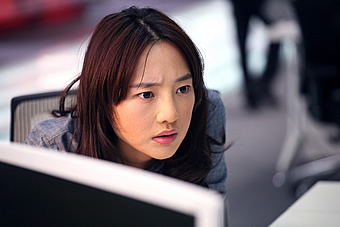