Synopsis: A heist-gone-wrong in a quiet town results in multiple deaths - and a survivor, MacDonald, whose wounds left him unable to remember where $500,000 is stashed. When a mysterious trio break MacDonald out of a mental hospital to recover the cash, they inject him with an experimental serum that sends his mind careening into other eras - and revealing the secrets of his mind. As a local cop (Stallone) and an FBI agent close in, MacDonald fights to recall the robbery before a long-forgotten enemy follows the clues and catches up to him.

As much as Sylvester Stallone’s name is on the movie, there is good reason to be apprehensive about ‘Backtrace’ – after all, this hails from the Emmett/ Furla factory of B-grade actioners, with their go-to guy Brian A. Miller at the helm. For the uninitiated, their playbook consists of enlisting a recognisable former A-lister in a glorified cameo (the likes of which include Bruce Willis, Nicolas Cage and John Cusack), shooting in cheap nondescript locations (usually guided by where tax breaks are to be found), and doing so in as quick and efficient a manner as possible.

All of these hack tricks are unfortunately on display in ‘Backtrace’, which disappointingly, sees Stallone follow in the footsteps of his aforementioned predecessors in lending his name and a few days in his schedule for an easy paycheck. Oh yes, if Stallone is the reason why you are interested in this movie, you might as well not bother – besides the finale where he engages in a few unconvincing shootouts with the baddies, Stallone only appears in a couple of other throwaway scenes throughout the film, mostly spitting out procedural dialogue while standing in front of a Red Yarn board inside a police station.

In fact, a large part of the film rests on Matthew Modine, who plays the bank robber Macdonald whom Stallone’s weathered cop Sykes is on the tail of. You may remember Modine from ‘Netflix’s Stranger Things’, but the actor was also quite the leading man back in the 1990s – and to his credit, Modine puts in a surprisingly committed performance as the aging stick-up man who now suffers from retrograde amnesia after being shot in the head during a gunfight. Miller’s unimaginative direction calls for Modine to spend much of his time clutching his head in distress as images from his past come flooding back, but there’s no doubt Modine tries his best to sell it.

The same cannot be said of Modine’s top-billed co-star Ryan Guzman, who is one-third of a gang comprising a nurse Erin (Meadow Williams) and prison guard Farren (Tyler Jon Olsen) that springs Macdonald out of captivity in order to jolt his memory using an experimental memory enhancer. There is a somewhat questionable revelation at the end about who these people are in relation to Macdonald, but otherwise, you can safely assume that they want to recover the cash that he and his late buddies had stolen and then hidden seven years ago. Next to Modine, Guzman seems to be sleepwalking through the movie, perfectly content with the excuse that the under-developed script offers.

Frankly, there is a workable premise here for a modestly entertaining action thriller, but neither its writer Mike Maples or Miller seem capable of translating it into anything engaging. Whereas Maples lets the story go slack immediately after setting up the various pieces in the first act, Miller makes it worse by shooting in the most unexciting locations you can ever think of. Even for a micro-budget movie like this, you’d think that they’d try to at least dress up the open field, the office, the car interiors and last but not least the abandoned factory where pretty much the entire movie is set. And Miller too seems incapable of shooting a coherent action sequence, content instead to have random shots of people shooting at one another without any sense of continuity or pace.

So just as it turns out, ‘Backtrace’ belongs in the backyard of B-action movies where many, if not most, of previous Emmett/ Furla movies belong, including the risible ‘Escape Plan 2’ which also had Stallone pull in a paycheck stunt. For the most undemanding viewer, this is still arguably watchable, thanks to Modine’s solid lead performance; but for anyone else without one and a half hours of time to simply idle away, there is absolutely no reason why you should even bother with this bore, even if it is better than Miller’s own previous ‘Reprisal’. This is strictly by-the-numbers VOD material, and a perfectly unnecessary move by Stallone for that matter, least of all when he says another movie called ‘Creed II’ in cinemas at the same time. 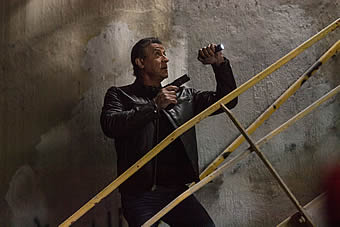 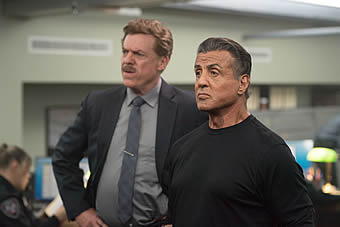 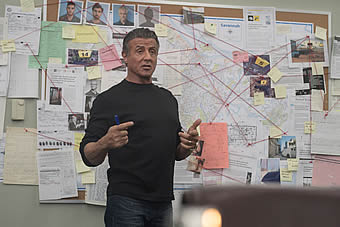 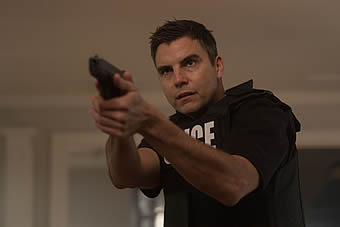