Synopsis:  The grave course of events set in motion by Thanos that wiped out half the universe and fractured the Avengers ranks compels the remaining Avengers to take one final stand in Marvel Studios’ grand conclusion to 22 films, "Avengers: Endgame."

"There was an idea, Stark knows this, called the Avengers Initiative. The idea was to bring together a group of remarkable people, see if they could become something more. See if they could work together when we needed them to fight the battles we never could."

Fans of the Marvel Cinematic Universe (MCU) would fondly remember Nick Fury’s words in Joss Whedon’s The Avengers (2012). How that idea has spawned into one of cinematic history’s most ambitious franchises ever, is a feat to behold.

So here it is, 21 movies after Jon Faveau’s Iron Man (2008), we are in the endgame. Sprawling more than a decade, the beloved shared universe which introduced us to countless superheroes is making a mark with this grand showdown between the good guys and that purple dude who wiped out half of all life in the universe by snapping his fingers.

After a heart wrenching Infinity War, the surviving Avengers have to pick up their grief and find a way to make things right again. Captain America says woefully: “We lost, all of us. We lost friends. We lost family. We lost a part of ourselves. This is the fight of our lives.”

And what a fight it is going to be.

Someone comes up with a brilliant suggestion to travel through time (but of course) to undo the wrong that was caused by Thanos, and everyone in the gang (for dramatic effect, some needed more convincing than the others) puts on cool suits to travel through the quantum realm, a cool concept introduced in Peyton Reed’s Ant Man and the Wasp (2018).

This is where the magic begins. After a somewhat overbearing moody first hour, the characters head back to different periods in history and this is the perfect chance for the filmmakers to please fans with some of the favourite moments in the MCU. Cutting between different worlds, the different teams on a similar mission get to play out fun and energising dynamics. Though not the most innovative way of storytelling (cynics would even go to the extent of calling it lazy), this approach works because directors Joe and Anthony Russo clearly know what fans want.

The epic showdown between the good and bad guys is one that has to be seen on the big screen to fully appreciate the awesomeness. Again, this is nothing new in blockbusters but this franchise has rightly earned this opportunity to showcase a larger than life sequence that is enough reason for fans to watch the movie repeated times.

Much has been said about the three hours (and 58 seconds, to be exact) runtime. The longest MCU movie to date, this is also a legitimate reason for the movie to take its time to flesh out the screenplay written by Christopher Markus and Stephen McFeely. There are many things going on throughout this emotional roller coaster ride. Some characters feel heavy hearted as they deal with depression and angst, while others get to make things a little more light hearted by spouting witty lines.

There are wholesome takeaways here. Are superheroes truly fearless? Why do people make personal sacrifices? What is the greater good? What does it take to put things right again? As the promotional trailers have repeatedly reminded us: “Whatever it takes.”

It is heartwarming to see the cast members are devotedly reunited in this movie. If you are involved in a project as massive as the MCU, you will probably feel proud of yourself. And that is exactly the sense of belonging to a family we see in the ensemble led by the original six Avengers played by Robert Downey Jr., Chris Evans, Mark Ruffalo, Scarlett Johansson, Chris Hemsworth and Jeremy Renner.

Will there be resolution and closure with this endgame? Is it really the end of an era of blockbusters? Till the next superhero movie comes along, let us all indulge ourselves in this satisfying conclusion that has journeyed with fans for more than 10 years.

(After more than a decade of MCU movies, this is a truly satisfying epic that serves as a nostalgic trip for fans. Take a bow, Earth’s Mightiest Heroes!) 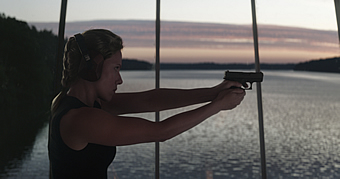