Synopsis: A Broadway classic that has delighted audiences for generations comes to the big screen with a new, contemporary vision in Columbia Pictures' comedy, Annie. Director/Producer/Screenwriter Will Gluck teams with producers James Lassiter, Will Smith & Jada Pinkett Smith, and Shawn "JAY Z" Carter, Laurence "Jay" Brown, and Tyran "Ty Ty" Smith with a modern telling that captures the magic of the classic characters and original show that won seven Tony Awards. Celia Costas serves as Executive Producer. The screenplay is by Will Gluck and Aline Brosh McKenna, based on the musical stage play "Annie," book by Thomas Meehan, music by Charles Strouse, lyrics by Martin Charnin, and on "Little Orphan Annie," (C) and (R) Tribune Media Services, Inc. Academy Award (R) nominee Quvenzhané Wallis (Beasts of the Southern Wild) stars as Annie, a young, happy foster kid who's also tough enough to make her way on the streets of New York in 2014. Originally left by her parents as a baby with the promise that they'd be back for her someday, it's been a hard knock life ever since with her mean foster mom Miss Hannigan (Cameron Diaz). But everything's about to change when the hard-nosed tycoon and New York mayoral candidate Will Stacks (Jamie Foxx) - advised by his brilliant VP, Grace (Rose Byrne) and his shrewd and scheming campaign advisor, Guy (Bobby Cannavale) - makes a thinly-veiled campaign move and takes her in. Stacks believes he's her guardian angel, but Annie's self-assured nature and bright, sun-will-come-out-tomorrow outlook on life just might mean it's the other way around.

Disclaimer: This reviewer is an uncultured swine who has not watched the Annie musical but has attempted to educate herself by reading Wikipedia.

Musicals lie in the realm between comedy and horror. On one hand, it is uplifting and entertaining to hear a little girl sing about her optimistic view on life. On the other hand, a world where everyone sings about their ups and down whenever and wherever they want? Only a #@$%king lunatic can enjoy that. But hey, some people love musicals and this reviewer tries not to judge.

So... Annie. For plebians (like this reviewer) who have never watched Annie or any of its adaptions, the film can be entertaining. A contemporary adaptation of the 1977 musical, Annie is set in modern day New York where everything is either sleek and high-tech or dirty and gross. Other than that, the story remains exactly the same; it tells the very encouraging story of how a girl named Annie (Quvenzhané Wallis) warms the heart of William Stacks (Jamie Foxx), a billionaire with OCD through her positive outlook on life. To put it simply, this is a child’s rags to riches story where everyone lives happily every after.

Judging from all the children laughing in the theatre (and that one woman who was cackling even at the tiniest joke), the film has the exact formula (i.e: easy to follow story, Disney channel-esque comedy, cute fluffy puppy) to winning the hearts of young children. The simple story, however, works best in the minds of young, gullible kids.  With its all-too-wholesome storyline and weak side plots (i.e Grace (Rose Bryne) and Stack’s romantic relationship with close to zero build-up), the film is only average at best.

That being said, Annie does have its charms in the form of Colleen Hannigan (Cameron Diaz), the mean alcoholic who runs the foster home that Annie resides in. It is refreshing seeing Diaz as a nasty bitch after seeing her too often as your stereotypical wife-next-door stuck in ridiculous situations (a.k.a Sex Tape or The Other Woman). In fact, most of the comedy from this “musical comedy-drama” comes from Diaz, so if you are a fan of hers, you might enjoy Annie. The scene where Hannigan schemes and dances with Guy (Bobby Cannavale), Stack’s campaign advisor, will remind you especially of why dudes love her when she debuted in The Mask.

For those who are acquainted with the musical, there are several references to the original musical that you can point out to your clueless friends. To name a few, there is the trademark tap-dancing in the opening scene and a nod to Oliver Warback’s bald head that Annie fans would appreciate. As for those who thought that Annie is something totally new produced by Will Smith, do not panic. The references might elude you and you might not get some of the inside jokes, but even a monkey will identify the Twilight parody that the film succeeds in bringing across wonderfully.

Lastly, as for the music featured in Annie, one can never go wrong with classics like “Tomorrow “and “It's a Hard Knock Life”. The same cannot be said of the songs written specially for the film adaptation. For some reason, it is strange hearing Jamie Fox sing with his smooth as **** R&B vocals. It just does not go well with rest of the songs in the film. So stay calm, dear parents, for none of the songs in Annie stand out. Watch the film in peace, knowing that you will not be tormented daily by an out of tune version of “Tomorrow” or “Opportunity”. 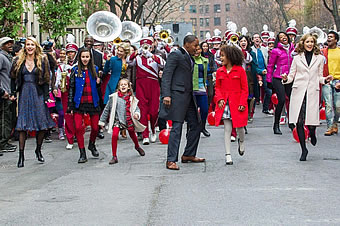 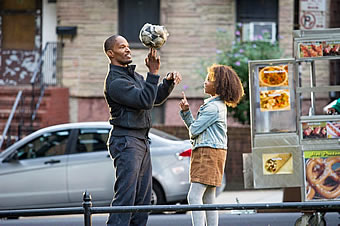 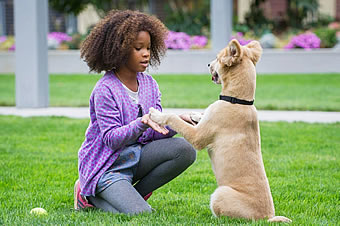 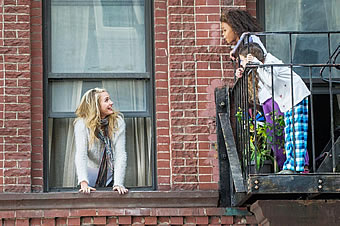 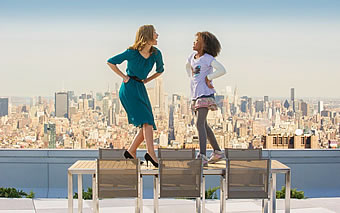