Synopsis:  From the multi-Academy Award-winning studio that brought you Chicken Run and Wallace & Gromit, comes SHAUN THE SHEEP MOVIE: FARMAGEDDON, a hilarious tale of friendship and mischief between the world’s favorite sheep and an adorable alien, as they embark with the whole flock as an epic and out of this world adventure to send her back home. When a mischievous alien crash-lands near Mossy Bottom Farm, Shaun sets off a thrilling rescue mission to help return her home, while a secret government UFO organization is hot on their trail…

Stop-motion animations are like fine wine, they never get old. Forgive this reviewer for comparing alcohol with an endearing animation format because the stuff that Aardman Animations put out gets better over the years or should we say, retain the high standards set by founders Peter Lord, David Sproxton and Aardman regular, Nick Park.

Newcomers Will Becher and Richard Phelan helmed this Shaun the Sheep’s second big-screen outing, the mouthful, A Shaun the Sheep Movie: Farmageddon. And while the hyperactive Shaun took the day off in the first movie, he met a bluish, dog-looking alien Lu-La in this one. Apparently, Lu-La’s spaceship has crashed landed on Mossy Bottom Farm and to survive, she has been eating all of Shaun’s ordered pizza.

In the meantime, Lu-La’s appearance has attracted the attention of M.A.D (which stands for Ministry of Alien Detection) who is out to capture her. And it’s up to Shaun and gang to help Lu-La escape from the government organisation and get her safely home to her parents.

The entire premise of Farmageddon is clearly inspired by Spielberg’s classic E.T. and it even has shades of DreamWorks’ Home and Disney’s Lilo and Stitch. But that doesn’t mean that Farmageddon is a bad movie. In fact, it has brought the all-too familiar plotting to a whole new level with Aardman’s trademark humour and gags simply because Shaun and La-Lu are two non-verbal characters with the exception of nonsensical, gibberish sound and noises, much of the story-telling has to rely on comic cues and exaggerated action.

And talking about Aardman’s brand of humour, let’s not forget about the Farmer and his loyal sidekick, Bitzer. The Farmer on seeing the chaos Lu-La has generated decides to cash in and have the long-suffering Bitzer build a makeshift UFO theme park to finance his purchase of a combine harvester. Unfortunately, Bitzer ends up being captured by M.A.D instead which result in a hilarious rescue attempt by Shaun and Lu-La.

Farmageddon while filled to the brim with epic activities never gets bloated with too many characters, unnecessary gags and expansion of product lines (we are looking at this year’s The Lego Movie 2). Aardman prefers to let their characters do their walking opting to go for consistently amusing, visual slapstick and cheeky pop culture references liked the theme music from X-Files and Close Encounter of the Third Kind. These might be a bit dated for the younger crowd but the adults greatly appreciate the humour.

If there is one single nitpick, it’s the storytelling which is on the whole too predictable for some despite Aardman’s best attempt to keep things flowing at a fast speed. Compared to their America’s counterpart, Laika who has been experimenting with different dark genres over the years, Aardman has been playing it safe. Of course, there are fans who prefer the latter’s more traditional animation method rather than Laika’s bold usage of blending CGI and stop-motion. Still, for this reviewer, anything from both Aardman and Laika is always a treat in the theatres.

A Shaun the Sheep Movie: Farmageddon is yet another winner for long-time fans of Aardman. Shaun and his gang of sheep misfits are still adorably funny. The farmer and Bitzer is as charming as ever and Lu-La makes for a good cuddly merchandise. For a good chuckle, check out Shaun this weekend.

(Silent star Shaun the Sheep is back for more wholesome family fun!) 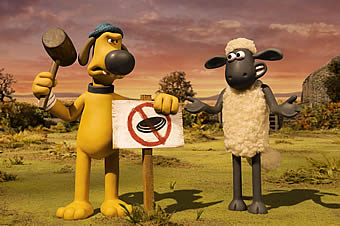 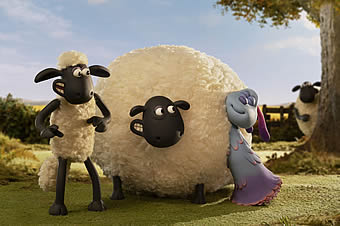 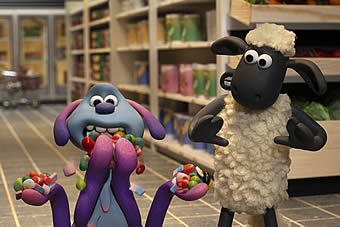 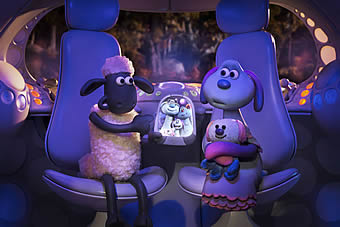 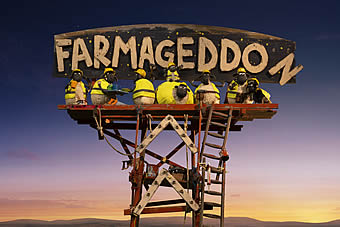 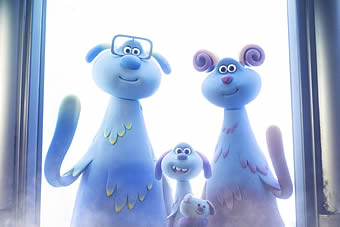