Synopsis: Pint-sized Dug’s (Eddie Redmayne) not really cut out to be a caveman. But when disaster strikes and his tribe is driven from its homeland by the mighty Bronze Age, it’s Dug, the most inept of the tribe, who proves he’s got what it takes and leads them to victory! Set at the dawn of time, when dinosaurs and prehistoric creatures roamed the earth, EARLY MAN tells the story of how one plucky caveman sets off to unite his tribe against a mighty enemy and saves the day.

Eight years is a long time to be making a feature-length film, but in the case of the latest stop-motion animation from Aardman Animations, it is completely understandable. After all, the process is particularly labour-intensive, such that creating a minute’s worth of footage in a week is already considered speeding along. As far as we can tell from the final product, none of that time has gone to waste, especially given how many sublimely silly and playful details has been squeezed into individual frames, many of which will only be noticeable on repeat viewing.

Oh yes, ‘Early Man’ is a sheer comic force of delight – smart, funny and clever, packed with daffy humour and off-kilter characters in typical Aardman-style. That the director is no less than the creative genius behind the cheese-loving duo of Wallace and Gromit is little surprise, given how the movie revels in the same mix of pathos and pratfalls that Nick Park is known for. Park is making his solo directorial debut here, and his trademark tomfoolery punches up an otherwise familar underdog sports tale by screenwriters Mark Burton and James Higginson.

In the style of Ray Harryhausen, ‘Early Man’ begins with a jolly pre-title sequence that shows how soccer is invented by a bunch of cavemen kicking around a hot meteor that wiped out unsuspecting dinosaurs in the Neo-Pleistocene Era, which is eventually immortalised in their wall art. Fast-forward “a few ages later” to Chief Bobnar (voiced by Timothy Spall) and his stone-age clan, who now inhabit the valley near the meteor crater and spend their days bunny hunting and gathering. Their youngest member Dug (Eddie Redmayne) is the most adventurous and stout-hearted of the group, but Chief keeps his dreams of hunting mammoths in check.

Soon, their carefree existence is disrupted by the arrival of metal-clad warriors led by the officious Lord Nooth (Tom Hiddleston), who intends to take over their land and transform it into a giant mine. “The age of stone is over,” so proclaims Hiddleston’s lovably over-the-top Nooth in a French-affected accent. “Long live the age of bronze.” Whereas the rest of his people are content to simply run into the volcanic Badlands beyond, Dug sneaks into Nooth’s elaborate walled kingdom and ends up stumbling into their beloved game of soccer. One thing leads to another, and Dug ends up laying down a challenge that would see their tribe play against Nooth’s team of pampered, preening show-offs Real Bonzio in a match which would decide the possession of the valley and the fate of Dug’s tribe.

Not that Dug doesn’t have reason to be hopeful – his ancestors were the ones who invented the game – although it isn’t until a run-in with a renegade female pan seller Goona (Maisie Williams) that the ragteam group of soccer novices finally stand a fighting chance. Though an excellent player, Goona has never had the chance to play in broad daylight because of her gender, and she has therefore no qualms switching sides. It isn’t difficult to guess what follows – the training montages, inspiring speeches and eventual underdog triumph – but Park’s razor-sharp wit makes the trod over predictable ground in such supremely quirky and earnestly heartwarming fashion that it’s simply impossible not to be charmed.

In particular, the young ones will no doubt be bowled over by the continuous stream of sight gags – including Dug’s first encounter with a pane of glass and a tumble through rows of flip-up stadium seats; Nooth’s messenger bird between him and his Queen Oofeefa (Miriam Margolyes) that repeats everything either party says; and Dug’s pet hog Hognob’s run-in with Nooth in the latter’s bathroom that sees the former turn provisional masseur and harp-player. On the other hand, adults will love the intentionally bad puns (‘balls’, ‘tackle’ and ‘bronze’ included), send-up of old-school routines (‘take him away and kill him.., slowly’) and football in-jokes (there’s a nod to Manchester United for those who are fans). Park’s comic timing is crack, and the cast’s laser-sharp delivery makes sure that the jokes land right where they are supposed to.

It’s inevitable that fans of Aardman will compare this to their previous works, and perhaps come off a tad disappointed that it isn’t quite as memorable. Nevertheless, even though it is not top-drawer, ‘Early Man’ still is plenty of fun and inventiveness. More so than in their other creations, the stop-motion Claymation technique that is as old as cinema itself seems right at home with the story it tries to tell. But as always, Park’s wonderfully absurd imagination makes the film a boisterous romp, crammed with plenty of hilarious bits both visual and aural. Even though the jokes may seem juvenile, it does take a superior, sophisticated sensibility to sculpt such comedy gold, and ‘Early Man’ is truly a delight for all ages, early or otherwise.

(You have every reason to laugh at your ancestors, especially if they are this loveable, goofy and quirky) 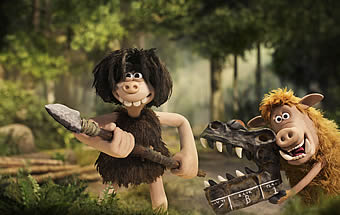 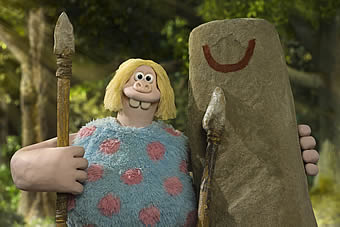 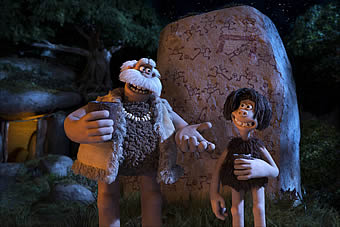 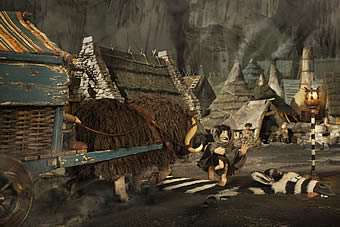 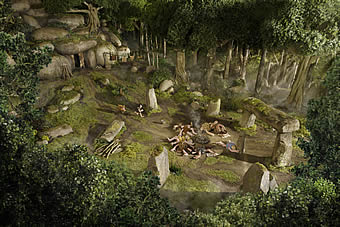