Synopsis: Inspired by true events, Entebbe, directed by award-winning filmmaker José Padilha (Elite Squad), centers around the 1976 hijacking of Air France Flight 139 en route from Tel Aviv to Paris, and the daring rescue mission that followed. With only a week to comply with the terrorists’ ultimatums, Israel must make the critical decision: negotiate or launch a seemingly impossible rescue attempt. Starring Rosamund Pike, Daniel Brühl and Eddie Marsan, Entebbe spotlights the harrowing human story behind the global crisis that changed history.

‘7 Days in Entebbe’ could – and should – have been a tense fact-based crisis-and-rescue drama like Steven Spielberg’s ‘Munich’, Paul Greengrass’s ‘United 93’ and Ben Affleck’s ‘Argo’. Alas Brazilian-born director Jose Padilha’s retelling of one of the 1976 German-Palestinian hijacking of an Air France plane grows turgid and enervating precisely when it should become more thrilling, losing what interest, empathy and momentum it had quite so nicely built up over its first two acts. Not only does he botch the depiction of one of Israel’s most acclaimed military operations, Padilha ends up missing the opportunity to paint a nuanced portrait of the radicalist/ extremist complex, even as he repeatedly, though bluntly, underscores how negotiation is ultimately the non-negotiable solution of the seemingly intransigible Israeli-Palestinian conflict.

To his credit, Padilha fails precisely where he has chosen to be innovative. His movie opens with a snippet of a performance by the Israeli dance troupe Batsheva Dance Company of noted Israeli choreographer’s 1990 work called ‘Kyr’, in which several dancers clad in generic black suits and seated in a semicircle explode in sequence from left to right out of their seats onto their feet, even as one of their members repeatedly collapses to the floor in a heap. Although seemingly at first a move that ruins the symmetry of the arc, the intent of that is precisely on the expectation of conformity, and is itself intended by Padilha as a metaphor to question Israel’s longstanding position of not negotiating with terrorists and whether it is necessary to accommodate exceptions to the norm.

As poetic as that may sound on prose here, the effect of watching that same performance intercut with the climactic special forces military operation led by Yonatan Netanyahu (Angel Bonanni), older brother of future prime minister Benjamin, is a disaster. Oh yes, like the dance, the operation itself requires intricate choreography, but cutting back and forth between the two completely takes you out of what is supposed to be the most gripping moment of those seven days. What you end up seeing are snippets of the rescue itself, which makes it impossible for you to be in the moment with the brave men who mounted an extremely risky mission back in the days when you couldn’t yet make use of satellites to have real-time visual of a remote location. Although we do see interludes of this same dance throughout the course of the film, they are only sparingly employed, and the effect of cross-cutting it with the climax is terribly distracting and utterly misguided.

That is singularly the most fatal flaw in an otherwise reasonably engaging dramatization of the events over the week of the kidnapping told from two key perspectives. The first is through the German terrorists, Brigitte Kuhlmann and Wilfried Böse (Rosamund Pike and Daniel Brühl), who agreed to assist the Palestinians as much to free their other imprisoned Baader-Meinhof comrades as to make a statement that the Zionists have become the world’s most prominent Fascist state. As the days go by, both Wilfried and Brigitte will come to question their own convictions, especially vis-à-vis that of their fellow Palestinian hijackers. “You are here because you hate your country,” one of the Palestinians says. “I am here because I love mine.” Telling the story through the eyes of the Germans isn’t so much to garner sympathy for them as it is to show how the motivations of terrorists are ultimately rooted in their sense of identity, whether to religion or to country, and how textured that may be.

The other perspective we get is that within the Israeli cabinet, where the then-prime minister Yitzhak Rabin (Lior Ashkenazi) agonises if and how to break with the tradition that Israel doesn’t negotiate with terrorists, and along with that whether to go along with the risky operation proposed by his defence minister Shimon Peres (Eddie Marsan). Even though the outcome is well known, the debate in itself is decently suspenseful to watch, and the fact that the decades of history since the discrete event has not yielded any hope of peace between the Israelis and Palestinians also underscores the truism behind Yitzhak’s exhortations that Israel needs to find a way to talk to the other side. That is conveyed a lot clearer than Wilfried and Brigitte’s ideological sympathies and how those shift over the same period, which Bruhl and Pike never quite get a firm enough handle of.

Indeed, besides destroying what should be a riveting high-point of the crisis, ‘7 Days in Entebbe’ just doesn’t have sharp enough focus of its two key characters from whose points-of-view it wants to tell the story – and it doesn’t help that Gregory Burke’s screenplay leaves them uttering such clunky lines as “I want to throw bombs into the consciousness of the masses”. On paper, the team assembled for this project looked highly promising: Padilha’s credits include the hijacking documentary ‘Bus 174’, and Burke wrote the tense effective ‘’71’ about the Belfast troubles. Yet their collaboration muddles an otherwise fascinating story by failing to figure out what exactly it wants to say about the German characters, before reducing heroism to theatrics. Truth be told, it sets up its own disappointment, and as admirable as its ambition may have been, that’s not quite enough to excuse its missteps.

(By dancing around literally and figuratively around its compelling subject and character matter, '7 Days in Entebbe' turns what could and should be a tense fact-based crisis-and-rescue drama into an enervating theatrical affair) 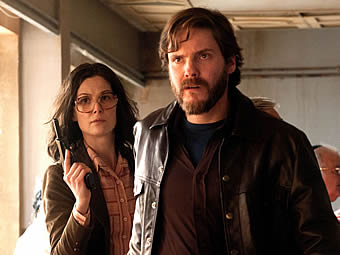 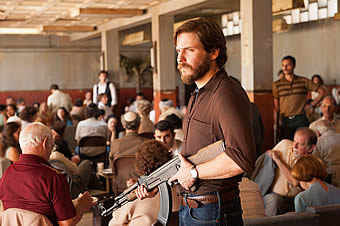 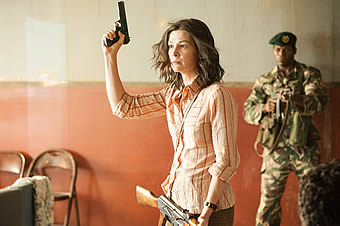 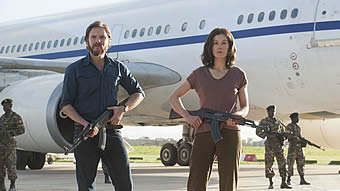 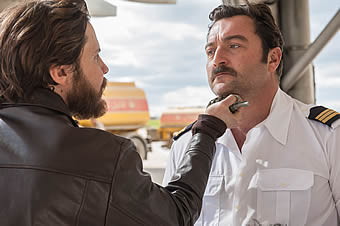