Synopsis: Two-time Academy Award nominee Jeremy Renner (“The Bourne Legacy”) leads an all-star cast in a dramatic thriller based on the remarkable true story of Pulitzer Prize-winning journalist Gary Webb. Webb stumbles onto a story which leads to the shady origins of the men who started the crack epidemic on the nation’s streets…and further alleges that the CIA was aware of major dealers who were smuggling cocaine into the U.S., and using the profits to arm rebels fighting in Nicaragua. Despite warnings from drug kingpins and CIA operatives to stop his investigation, Webb keeps digging to uncover a conspiracy with explosive implications. His journey takes him from the prisons of California to the villages of Nicaragua to the highest corridors of power in Washington, D.C. – and draws the kind of attention that threatens not just his career, but his family and his life.

The titular messenger refers to Gary Webb, an investigative reporter for the Sacramento bureau of the San Jose Mercury News who stumbled onto evidence suggesting that the Central Intelligence Agency had set up a new triangle trade using cocaine for guns for money. Webb’s investigations and his subsequent series of articles entitled ‘Dark Alliance’ exposed the CIA’s complicity in importing massive amounts of cocaine into the United States – thus fuelling the crack epidemic afflicting the nation in the 1980s, in particular within the poorest neighbourhoods in South Central L.A. – and using the profits to fund the anti-Communist Contra rebels in Nicaragua.

And yet the story here isn’t simply about how a plucky reporter preserved in his quest against the establishment for the truth in order to publish an expose that frankly was way out of his depth or the depth of his newspaper. That’s just one half of it; indeed, the second half and the more intriguing part is what happened after. Community leaders latched onto his article, expressing outrage at the government and taking their cause right in front of the lawn of the White House. Major talk shows started calling, inviting him to be their stars. Webb is crowned ‘Journalist of the Year’ by his Bay Area Society peers, one of the most prestigious awards for someone of his standing. But just after the initial wave of lauds, came the unexpected backlash.

His paper’s more well-heeled competitiors, The Washington Post, The New York Times and The Los Angeles Times (which assigned a whole team of reporters to his story), were incensed at having been scooped, and ganged up to discredit his stories by questioning his sources. Instead of trying to find better answers themselves, they “showed more passion for sniffing out the flaws in San Jose’s answer” – as the LA Times’s then-ombudsman, Geneva Overholser, wrote in November 1996. In the face of controversy, his editors (Mary Elizabeth Winstead and Oliver Platt) backed away from the story, citing problems with his reporting and implying that he overstated things.

To say that there is compelling material here for a gripping and thought-provoking movie is an understatement; just the very textual description of the facts are probably enough to get you riled up not just about the Government’s wrongdoings but also about the injustice that the national news media put one of its own through. There is no ostensible doubt that this biography is very much in the journalist’s corner, and those already biased against Webb for whatever reason will probably dismiss it for being exactly that. And yet, those who approach it with an open mind will probably find that it does not sanctify its subject; rather, it leaves more than enough room for its viewer to make up his or her own mind, balancing a public and private view to Webb’s life to illustrate the impact that his career game-changer had on both.

Much of that credit belongs to the impressive pedigree responsible for putting the film together. Michael Cuesta is no stranger to such controversial material – he’s the producer and director on many episodes of TV’s ‘Homeland’ – and he handles it with élan. The first hour as Webb connects the dots pulses with palpable tension, beginning with a call from the flirtatious Coral Boca (an unforgettable Paz Vega) to meetings with imprisoned drug dealer "Freeway" Ricky Ross (Michael Kenneth Williams) and his attorney (Tim Blake Nelson) and finally the similarly imprisoned drug lord Norwin Meneses (Andy Garcia) in a Nicaraguan prison. That frenetic pace settles nicely into a more intimate character study in the second hour, but Webb's fate hanging in the balance keeps the suspense on a thin wire.

Cuesta gets some able help from his screenwriter Peter Landesman, a former journalist who adapted from Webb’s book ‘Dark Alliance’ and Nick Schou’s titular novel. Landesman knows the practical details that would make such an investigation plausible, and although there remain some hokey moments (such as Ray Liotta arriving unannounced in the middle of the night to visit Webb in his motel room), this is as accurate a dramatization of the events as we’ve seen in a long while. Landesman’s scripting is supported by some strong performances from the ensemble cast, including Rosmarie DeWitt as Webb’s committed wife and mother of his three kids, Platt and Winstead as his opportunistic editors, and a delightfully smarmy cameo from Garcia.

But it is its star and producer Jeremy Renner that holds your attention and your sympathy from start to finish. Easily his best role since ‘The Hurt Locker’, Renner portrays Webb with a combative intensity that captivates you instantly. He is never less than thoroughly immersed in his character, inhabiting the role with the same fierceness and determination as Webb has digging through the facts. Renner has a couple of good scenes with DeWitt, as Webb’s infidelity comes into the national spotlight. It is Renner who makes Webb real and relatable, a flesh-and-blood flawed hero whom you’ll feel much for.

Unlike many pictures of its ilk, ‘Kill the Messenger’ doesn’t try to be awards-bait, nor for that matter to emulate the classic 1976 film ‘All the President’s Men’. It is sincere in its zeal to let its audience know of a modern-day journalistic pariah, christened less so by the government but by his very own peers. Were it not true, one would probably dismiss this as hoary; but the fact that Webb has since been vindicated makes his tale even more significant. It is as much a damning statement on Big Brother as it is a cautionary tale for idealistic journalists, and whether as that or pure political thriller, it is simply hard to ignore.

(Tense, gripping and poignant, this fact-based biography of an investigative journalist turned pariah is carried by a strong lead performance by Jeremy Renner) 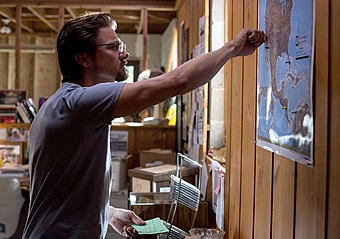 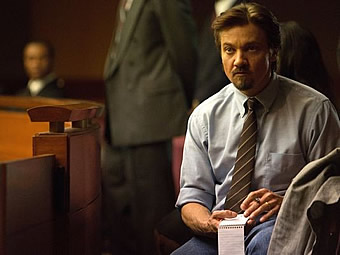 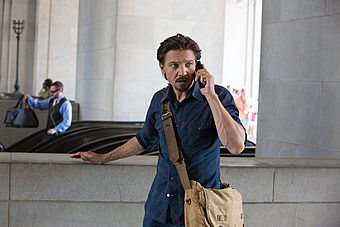