Synopsis: Fate brought Miss Leung and the owner of a café named ‘At Cafe 6’ together on a rainy night, where they reminisce about youth, first love and friendships. High school students Xiaolü and A-Zhi are best buddies since childhood who spend their days fooling around and picking up fights. A-Zhi helps to create opportunity for Xiaolü to get closer to his dream girl, Xinrui.However, after being separated into different universities,Xiaolü buries his time to earning money in order to visit Xinrui who is 360 kilometers away. Can their relationship withstandthe time and distance apart? Will the two buddies continue to keep their promises for love and their friendship no matter what lies ahead of them?

The Chinese film industry is on a roll, pushing out almost one high profile idol-youth-drama-esque movie per year, after 2011's You Are The Apple Of My Eye. Since then, we have had When Love Falls In Love With Sheep, Cafe. Waiting. Love., and the wildly popular Our Times, whose male lead and theme song exploded in popularity last year, making it a tough act to follow, unfortunately for At Cafe 6.

Adapted from the highly anticipated novel of the same name, the storyline of the movie was familiar enough - rebellious male lead and sidekick were the class clowns, often getting into trouble for their shenanigans. Unsurprisingly, male lead is in love with the prettiest and smartest girl in the class, who, somehow, likes him back as well. Add in other love interests who never stood a chance, gang fights and a main couple struggling to get or stay together and a sentimental theme song (wonderfully sang by local female singer Stefanie Sun) and there you have it – almost formulaic.

The novel’s author, Neal Wu (who writes under the pseudonym Fuji Tree) was the movie’s director – yet another similarity with You Are The Apple of My Eye and Tiny Times – but a good writer doth not necessarily a good director make. Being the author, scriptwriter and director, Wu’s vision translates strongly onto the movie, with the standout being the comedic elements present. The sadder scenes were, in comparison, relatively muted, building up to a single, well-timed outburst. Worth mentioning too was the director’s avoidance of the most cliched and unimaginative shots, and shooting useless scenes without any use in bring the movie forward for the sake of sentimentality. As first-time directors go, Wu does a relatively good job translating his writing onto the big screen, which he credits to his strong production team.

With the emphasis on the comedy present in the novel and script, the two most important roles and actors in the movie were arguably the two class jokers – male lead Xiaolü and his best friend A-Zhi, played by Dong Zijian and Austin Lin respectively. The latter, in particular, shines in his role. While Xiaolü has to appear sane at times, especially in the scenes where he courts Li Xin Rui (Cherry Ngan), A-Zhi was acting the fool in the movie for most part. This is not to say that A-Zhi was one-dimensional – he was the one who was beaten up for Xiaolü, who beats some sense into Xiaolü; who traveled overnight from Kaoshiung to Taipei in the middle of a typhoon with Xiaolü – and was probably the most likeable character in the movie. The two boys’ friendship was also arguably the most important relationship present in the movie.

Not that the supposed main relationship was particularly weak – it was just… an ordinary relationship that ran its ordinary course, as predicted by probably everyone who chose to watch the movie. Quite unlike most of such female leads though, Ngan’s Xin Rui seemed almost like a commitment-phobe, with her steadfast belief that long distance relationships would not work making the predicted resolution feel like a self-fulfilling prophecy. The movie takes quite a dramatic turn during its later parts, as Xiaolü’s dogged persual becomes increasingly extreme, cumulating in the rather unexpected ending. Perhaps the ending will be both the reason that sets the movie apart, and the factor that alienates a portion of the viewers.

On the surface, At Cafe 6 seems to have all the ingredients necessary for success in that genre – a likeable cast, popular original novel and theme song, and nostalgia. However, movie-making is sadly, not a science, and the movie seems lacking in a way compared to others was not. That said, the movie does seem more personal – possibly due to the author-scriptwriter-director – and is no less enjoyable than other similar movies.

(Watch if you enjoy idol drama-turned-movies, or if you would like to reminisce an LDR and love lost on the big screen) 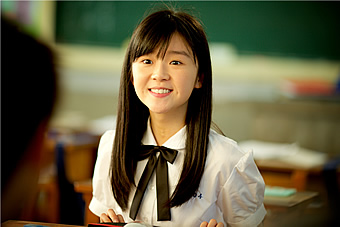 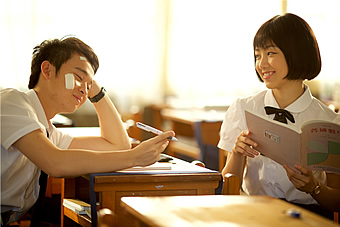 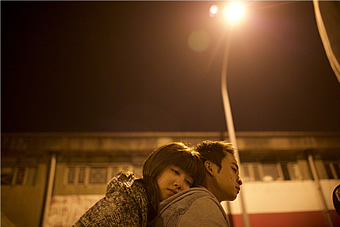