Synopsis: Thirty years after the original film took the world by storm, Ghostbusters is back and fully rebooted for a new generation. Director Paul Feig combines all the paranormal fighting elements that made the original franchise so beloved with a cast of new characters, played by the funniest actors working today. Get ready to watch them save the world this summer!

Like Stars Wars: The Force Awakens, Ghostbusters (2016) is a movie both boosted and constrained by fans’ nostalgia and faithfulness. Unlike Star Wars: The Force Awakens though, Ghostbusters (2016) was delivered a death sentence by fans (or should I simply call them Internet trolls?) even before it was released. Internet trolls came out in full to complain that the gender reversal of the quartet would be completely ruin the franchise, destroy their beloved childhood memories through retroactive wrapping of the time-space continuum even before watching the movie.

In an ironically clairvoyant stroke, Ghostbusters 2016 is a movie about letting go of the need for approval from society. While the struggle for approval is most acutely manifested in Erin Gilbert (played by Kristen Wiig) who struggles with being laughed and not accepted by those in academia, the entire team gets its fair share of rejection and flak. While the 1984 Ghostbusters team montaged their way to fame, the new Ghostbusters get publicly disavowed by the mayor and sneered at as fakes by Internet trolls.

The movie’s worst moments were when it stopped to pay homage to the 1984 movie with familiar faces being trotted out for applause and gasps of recognition and great effort in incorporating the logo one way or another in a “wink-wink we know what we are paying obeisance to” falsely subtle references. It seems that director Paul Feig is sometimes caught between nodding respectfully to the past and revolutionising the franchise by making this movie stand on its own.

Putting aside the baggage that the movie has and watching it as a standalone, Ghostbusters 2016 is a delightful comedy where the four female leads are given equal amount of funny material. No one performance dominates the movie although Kate McKinnon comes close to doing so with her magnificent turn as the in-house eccentric madhatter who gleefully whips up ghost-busting weapons with a crazed look and sputters scripted gobbledygook with a playful air. Considering how women have been typecast as not being able to pull off a non-romance comedy and the higher-than-usual standards that the women have to cross to prove their worth as comedians, they are way funnier and more polished than many male comedians. And that is precisely what makes Ghostbusters 2016 such great fun.

More than being a comedy, Ghostbusters 2016 is also a female-friendship movie (think the female equivalent of a bromance film) but without the stereotypical crying, tussle over boyfriends and jealousy feuds ala Mean Girls.

Overall, Feig directs this with finesse. While some of the tributes to the 1984 version of Ghostbusters may slightly trip one up, the nostalgia is not too heavy and there’s nothing musty about the 2016 Ghostbusters. The movie glows with vitality as the cast revels in each other’s company with some of their dialogue have a loopy vibe that is completely natural and comes across as unscripted. Such as when they take a break from their heroine antics of saving innocent members of the public for an impromptu reverie, sweeping us into the goofy moment and making us feel like we are part of the team.

(The women in Ghostbusters 2016 prove that women can be funny. Get over it, Internet trolls) 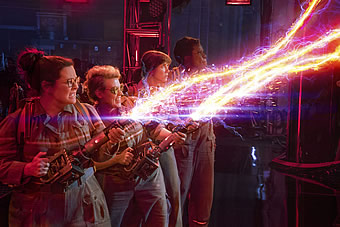 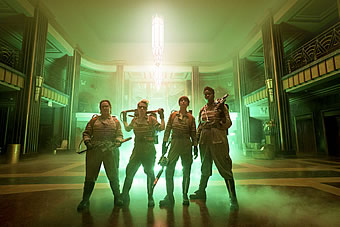 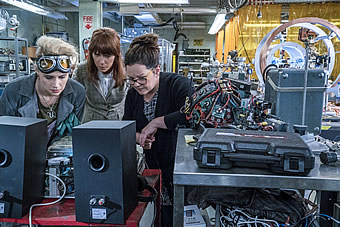 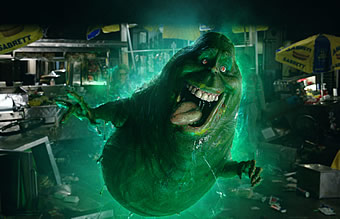 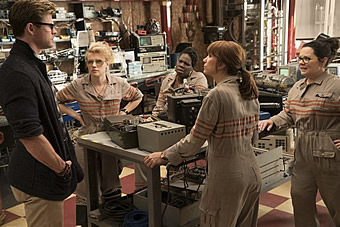