Synopsis: Twentysomething Jen (Charlotte Vega) and five of her close friends are hiking in the Appalachians in West Virginia. When Jen’s boyfriend Darius (Adain Bradley) suggests they head off-trail to visit a Civil War fort, the group stumble upon a community of settlers called the Foundation who have been living off the mountain since the mid 1800s when they cut themselves off from the rest of the United States. Led by the imposing John Venable (Bill Sage), the Foundation will do anything to protect their existence from outside influences.

There’s no reason you would be keeping count, so let’s begin with the fact that ‘Wrong Turn’ marks the seventh entry in the franchise that started with the 2003 original starring Eliza Dushku (‘Buffy’) and Emmanuelle Chriqui (‘Entourage’). The other direct-to-DVD films were never quite as scary and effective, which is probably why director Mike P. Nelson and writer Alan McElroy (who had also penned the very first movie) had decided to reboot the series entirely. It is a good thing they did, for this remake is just as good, if not better, than the original.

Like that film, the story revolves around a group of twenty-somethings who find themselves in peril after venturing into the backwoods, including app designer Adam (Dylan McTee), oncologist Milla (Emma Dumont), bistro owners Luis (Adrian Favela) and Gary (Vardaan Arora), non-profit worker Darius (Adain Bradley) and Jen (Charlotte Vega), an art/history student currently working as a barista. Except for Jen, not much else that happened before their hike is known about the characters, and for the most part, all that matters is there is an interracial couple – Jen and Darius – and a gay couple – Luis and Gary – within.

The title refers to Darius’ decision to lead the group off an Appalachian trail in search of a rare Civil War fort. A rogue tree trunk that suddenly barrels down the hill towards them is the start of their troubles, killing one of them and leaving the rest battered and bruised. Then there are the traps set up to ensnare both animal and human prey, which lead one of the members (we’re deliberating refraining from saying who) to act out in the worst possible way towards the hill-dwellers, triggering a series of retaliatory actions with horrifying consequences for both groups of individuals.

In ‘Midsommar’ fashion, the third act of the movie introduces us formally to the Foundation, a community of people who have lived in the mountains for hundreds of years, choosing to isolate themselves from larger society after disagreeing with the turns American civilisation has taken. It is credit to the filmmakers that they have refrained from casting the members of the Foundation as cannibals or barbarians; rather, they live and operate by a different system of rules and norms, overseen by their stern ruler (Bill Sage) whose judgments involve either darkness or death.

To be sure, it does get pretty brutal, so the squeamish ought to check if they have the guts (pun intended) for skulls getting crushed, heads bashed in, ribcages collapsed and general other mutilation; and yet there is method to the madness, as the storytelling takes some intriguing and surprisingly compelling turns in weaving together the fates of Jen, the foundation’s ruler, Jen’s father (Matthew Modine), and some other townsfolk whose unexpected appearance is clearly intended at challenging our own stereotypes. Oh yes, the Foundation and its people may be primitive by nature, but the plotting thankfully avoids that description.

As a remake, ‘Wrong Turn: The Foundation’ deserves credit for not sticking to its own formula, attempting a topical reinvention with subjects such as culture-war politics, racial tension and Appalachian stereotypes thrown in, while executing some tense and thrilling set-pieces. Look, this is ultimately still a B-grade horror thriller, with no illusion that it needs to deliver to its target audience or risk being irrelevant; but amidst satisfying its core demographic’s bloodlust, it at least tries to take some smart turns, and we dare say sets up the franchise in bold, exciting ways.

(A remake that we dare say is even better than the original, 'Wrong Turn: The Foundation' packs some intriguing and surprisingly compelling turns amidst some well-executed setpieces) 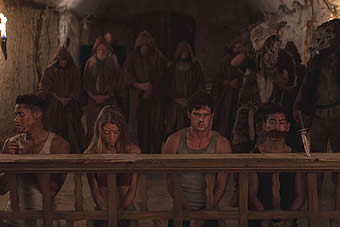 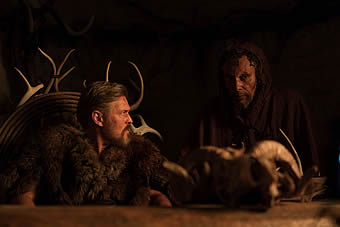 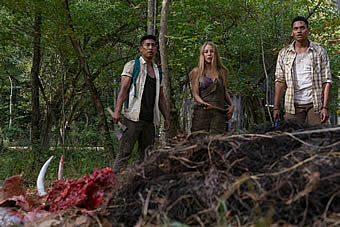 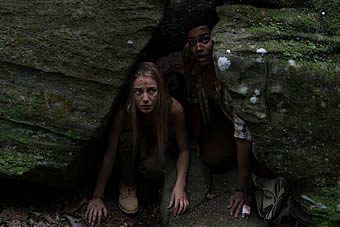 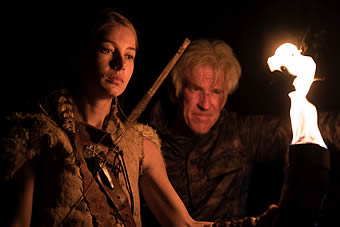