Synopsis:  Academy Award-nominated star Melissa McCarthy (Bridesmaids, The Heat, Tammy) headlines "The Boss" as a titan of industry who is sent to prison after she's caught for insider trading. When she emerges ready to rebrand herself as America's latest sweetheart, not everyone she screwed over is so quick to forgive and forget.

Few comedy actors can claim to enjoy the same mainstream appeal as Melissa McCarthy does right now, which also makes her latest even more disappointing. Based upon a character that McCarthy had developed when she was a member of the Groundlings comedy troupe in Los Angeles, ‘The Boss’ has McCarthy reprising the crude, coarse and socially inept persona of her breakout hit ‘Bridesmaids’ back in 2011 and almost every other role since. Here, that incarnation is the brash blowhard business magnate Michelle Darnell, introduced as ‘the 47th wealthiest woman in America’ at one of her self-improvement rock shows who has overcome her orphanage childhood rejected by no less than three foster families by turning into an unapologetically aggressive, rude, ruthless and greedy finance titan.

No thanks to a vindictive ex-lover (Peter Dinklage) whom she screwed over, Michelle is arrested for insider trading and made to serve time at a Club Fed-like state prison. She emerges a few months later penniless and friendless, and with nowhere to go, imposes on her former assistant Claire (Kristin Bell) by moving into her apartment where the latter stays with her pre-teen daughter Rachel (Ella Anderson). Reluctantly agreeing to take Rachel to a meeting of her after-school Girl Scout-style troupe called the Dandelions, Michelle gets a business idea to set up a rival troupe she eventually names ‘Darnell’s Darlings’ to sell brownies for profit – and oh, just so happens that Claire has a killer chocolate brownie recipe that makes for a perfect franchise opportunity.

Their joint venture however puts them head to head with one of the other mothers (Bridesmaids’ Annie Mumolo) from the Dandelions, with whom Michelle first engages with foul-mouthed glee in a room full of dumbstruck moms and daughters and then in a hair-pulling, tush-kicking, bloodletting street brawl that ends with a little red wagon full of cookies in flames gliding from one side of the frame to the other. Sidestepping the troubling image of McCarthy clotheslining an adolescent girl, McCarthy, who co-wrote the script with her director-husband Ben Falcone and actor-turned-writer Steve Mallory, uses the smackdown competition between rival baked goods factions to underscore the bond between Michelle and Claire that lets Michelle experience the love and warmth of family for the first time in her life.

To say that the sentiment is forced and therefore false is an understatement, and worse still, it will take a needlessly convoluted third act which brings back Dinklage’s randy business competitor to introduce a cringe-worthy misunderstanding between Michelle and Claire before we finally arrive at exactly where we knew the film would lead to in the first place. Had there been real pathos to the Donald Trump-type character Michelle, we’d probably be more willing to embrace the predictably schematic plot and its crude and lewd hijinks; yet, there is nothing more to Michelle than a selfish narcissistic individual prone to pratfalls and profanities, which only leads one to conclude that this is no more than a thinly constructed excuse to see McCarthy indulge in her signature lowbrow gags.

Not that McCarthy has lost her Midas touch though; whether in her middling comedies like ‘Identity Thief’ and ‘Tammy’ or her far superior ones like ‘Spy’, McCarthy’s flair for physical comedy, improvisational dexterity and gusto for delivering foul-mouthed insults has never diminished – and indeed, McCarthy’s comedic gifts are just as sharp here. Sadly, she is a better performer than writer, and some of the lines she gives herself are less amusing than she should be. Ditto for the physical gags, which sees her getting ejected off a sofa bed, tumbling down a flight of stairs and pick up a kantana to swordfight her longtime nemesis/ paramour, which are more painful than funny; in fact, the only one memorable gag is watching McCarthy and Bell grope each other’s breasts after a back-and-forth about the latter’s choice of bra for a date with her former co-worker (Tyler Labine).

As much as we hate to say this, McCarthy needs a much better director than her husband. There are certainly glimpses of the fierce and funny McCarthy that we fell in love with, but these are few and far in between in a film that is too content to wallow in tired vulgarities, silly juvenile gags, and obligatory lump-in-your-throat messages about family and belonging. It is indeed upsetting that ‘The Boss’ is no better, or perhaps even more sloppy, than her first husband-wife collaboration ‘Tammy’, and for McCarthy’s own sake, she’d be wise not to take the audience goodwill she has built on ‘Bridesmaids’ and ‘Spy’ for granted. At least her ‘Ghostbusters’ reboot is in the hands of the director of her latter two films, and our advice is to wait for that than to waste your while on this lazy, scattershot and lame excuse of a comedy.

(As much of a dud as ‘Tammy’, Melissa McCarthy’s latest team-up with her writer-director husband is a sloppy, haphazardly assembled collection of tired profanities and silly physical gags) 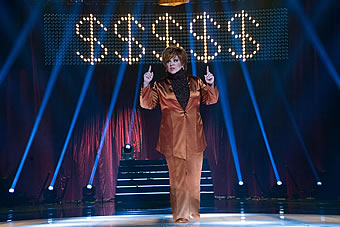 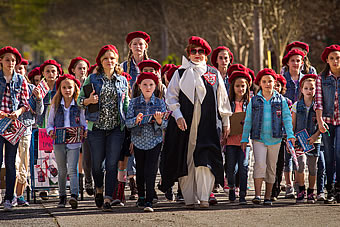 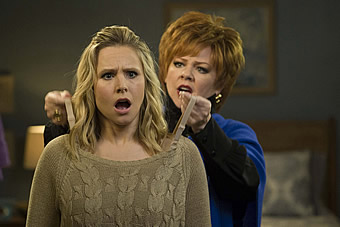 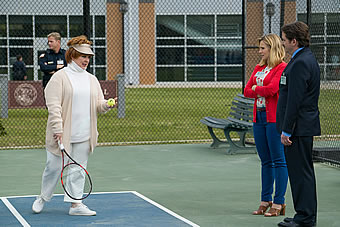