Synopsis: Tammy (McCarthy) is having a bad day. She’s totaled her clunker car, gotten fired from her thankless job at a greasy burger joint, and instead of finding comfort at home, finds her husband getting comfortable with the neighbor in her own house. It’s time to take her boom box and book it. The bad news is she’s broke and without wheels. The worse news is her grandma, Pearl (Sarandon), is her only option—with a car, cash, and an itch to see Niagara Falls. Not exactly the escape Tammy had in mind. But on the road, with Pearl riding shotgun, it may be just what Tammy needs.

If there was one scene we would never forget from ‘Bridesmaids’, it was that of Melissa McCarthy in an expensive wedding dress hoisting her considerable bulk atop a sink to defecate. From that point on, she has played an iteration of her abrasive, socially awkward misfit persona through the lousy ‘Identity Thief’ with Jason Bateman and thereafter in the far superior ‘The Heat’ next to Sandra Bullock - but it isn’t until ‘Tammy’ that McCarthy gets the chance to go at it by her lonesome, playing THE character which the entire movie is based on.

Yes, in many ways, ‘Tammy’ is McCarthy’s dream project - not only does she get to headline the movie, she also writes and produces the movie next to her husband, Ben Falcone, who incidentally makes his directorial debut as well. And yet, despite the amount of creative freedom that McCarthy has with the material, this road trip comedy hardly gets past second gear, never quite becoming more than a pastiche of sitcomy episodes that fails to add up to any satisfying whole. Even worse, these episodes on their own rarely rouse more than a chuckle, which is especially disappointing considering how she had always been able to make these individual parts stand out on their own.

The fault here lies less with the acting, than with the scripting and the directing. To her credit, McCarthy remains a singularly captivating performer, and even though her aggressive, in-your-face, physically fearless style of comedy is getting a tad too familiar by now, it still is undeniably engaging. She also has amassed a significant ensemble cast to do some heavy lifting - Susan Sarandon is Tammy’s grandma; Dan Aykroyd and Allison Janney play her gruff parents; Toni Colette is the neighbour whom her husband is cheating on with; Gary Cole and Mark Duplass are a father-son duo who have the hots for Tammy’s grandma and Tammy herself; Kathy Bates and Sandra Oh are a wealthy lesbian relation and her partner - and each one of these fine performers make the best out of their supporting parts, no matter how thinly sketched they are.

To say that ‘Tammy’ has one of the finest casts of any comedy in recent memory is not an overstatement; unfortunately the movie squanders that good fortune by giving them so little to do. Besides Sarandon’s broken-down alcoholic grandmother, the rest of the parts are so poorly defined that they might as well be given to first-time actors. That same criticism may very well apply to the titular character, which for a character-driven comedy like this is simply unforgiveable.

How can it be that Tammy has nary a character arc to speak of? We meet her on the start of one of her bad days, where on the way to work at a fast-food joint, hits a deer, comes in late looking dishevelled, gets fired from her job, goes home to catch her husband cheating on her with their neighbour, packs a suitcase to go to her Mom’s place down the road, and ends up with grandma on a trip to Niagara Falls. And then to prove the obnoxious side of her, Tammy crashes a jet ski, holds up a different outlet of her old burger chain wearing a paper bag on her head, and eventually gets thrown in jail for further vehicular destruction. Only a speech by Kathy Bates late into the last third of the movie and her stint in the clink right at the end seems to be the catalyst for Tammy’s change in behaviour, which remains disappointingly one-note from start to finish.

Such flaws are probably impossible to disguise, but Falcone’s inexperience as a director only exacerbates them. Too often, he just lets the joke run way past its punchline, which is even more obvious when the joke isn’t that funny in the first place. The pacing as a result is leaden, shuffling along without the kind of satisfying punch that a comedy should deliver. Tonally, the movie is also all over the place, lurching from the kind of frat-boy silliness we see in Adam Sandler comedies to a sweet gooey sentimentality that frankly seems like it belongs in a different film.

Lovely though it may have been to keep this a husband-and-wife family affair, ‘Tammy’ looks like it could clearly have benefited from a surer pair of outside hands. One wonders how it could have been like if the screenplay were first reworked by some of them ‘Saturday Night Live’ writers and with say ‘Bridesmaids’ director Paul Feig at the helm. As it stands, there is not enough comedy and too much of forced poignancy for this character comedy to ring true. Much as we love McCarthy, this can only be described as a disappointing misfire, and one that we fear will take a lot of audience goodwill to overcome.

(Melissa McCarthy’s aggressive, socially awkward shtick is still as funny and she has a great supporting cast,  but everything else about the movie is sloppy and inept) 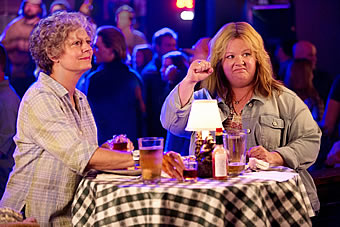 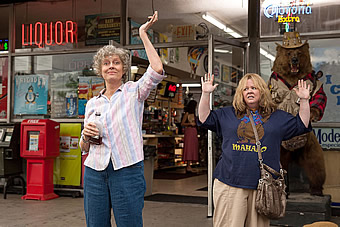 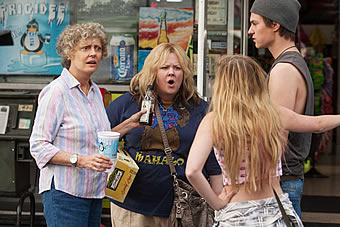