Synopsis: Korea has over 1,200km of pipeline that acts as the country’s artery. There are several individuals who make the headlines by tapping into this network in order to siphon oil. Drill-bit is a drilling prodigy who is offered by Gun-woo, the head of an oil refining company, a large sum of money for completing the impossible heist to drill into the pipeline between Honam and Seoul-Busan highway within a month. To get the job done in time, he puts together a team of misfits: civil engineer ‘Mr. Na’, excavation expert ‘Big Shovel’, and welding expert ‘Folder’. And just as the cops get a wind of this oil heist, Drill-bit’s mine collapses, his team gets cornered from all sides. As the operation gets delayed from setbacks, Gun-woo threatens their lives. Drill-bit’s group promises to get the job done in 2 days but Gun-woo plans to blow up both the oil tank and Drill-bit’s group after the oil has been siphoned…

Instead of fanciful diamonds and jewelleries, sunken treasure or simply lots of money, the heist in Pipeline involves siphoning oil. Not a bad idea considering we have yet associate a caper flick with a natural resource.

And instead of getting a prominent Korean superstar liked Lee Min-ho or Song Kang-ho to headline his latest big screen venture, Korean writer and director Yu Ha (Gangnam Blues, Howling) assembled a cast of relatively unknown TV stars for his heist movie. Yu Ha has dabbled anything from historical dramas to romance to crime thriller but one thing remains for sure, the man indeed has the talent to make a watchable popcorn movie.

The story focuses on Drill-bit (Seo In-guk), a smirking young man who is known for his exceptional drilling abilities. Drill-bit is then tasked by the scion of a oil refining company, Geon Woo (Lee Soo-hyuk) to siphon oil out of the pipeline between Honam and Seoul-Busan highway within a month. A ragtag group of misfits are assembled to assist Drill-bit and that includes welder (Eum Moon-suk), former civil servant, Mr Na (Yoo Seung-mok), Big Shovel (Tae Hang-ho) and counter (Bae-Da-bin).

As expected, rivalries ensued before the job even begins. Personal issues as well. Not forgetting one of the seven deadly sins, greed. Everyone it seems come with their own emotion baggage. And also a pair of fumbling cops who are hot on Drill-bit’s heels because Yu Ha is keeping things way busy and tricky at every sewer corner.

However, there’s no time for backstories so the audiences only get to know a slight history of each of the misfits. Welder has a son that is in need of medical treatment. Mr Na has a sick wife whom he has neglected over the years and he himself is stricken with cancer. There’s hint of Big Shovel and Counter having financial issues, nothing more nothing less. Even our leading man, Drill-bit has not much of a story to begin with, we are shown a photo of his mother and that’s about it.

Ironically, the most interesting of all is our antagonist, Geon Woo who apparently needs to repay loansharks a hefty sum of $30 million or risk turning over his family company which explains his ruthlessness and plan to blow up half the county for financial gains.

That’s probably the weakest part of this heist movie. To be fair, no one wants a full backstory of Danny Ocean from Ocean’s Eleven or Charlie from The Italian Job. We are here for the swagger, betrayal, silky-smooth execution of the operation. And frankly, Pipeline mostly delivers the goods. Likely due to budgetary reasons, Yu Ha eschews the high-octane action pieces (so don’t go in expecting a high speed chase through Busan or a shootout in busy Seoul city) in favour of humour, numerous double crossing, twist and turns to propel his story.

Even the death of a character midway which is kind of expected doesn’t derail the entire effort into anything other than a preposterous scheme which evolves into cartoony violence in the final act. Not to give the twist away, rest assured that every one of the misfits know what they are doing and they are ready to deliver a huge payoff in the end.

Yu Ha’s Pipeline is a slick, often entertaining and satisfying romp, never pretentious and easy to follow. The cast members might be unknown in this part of the world but they are charming enough to dominate the big screen. While there isn’t much elaboration about the siphoning of oil or an in depth dissection to the whole procedure, who cares when there’s so much ongoing urgency and fun.

(Despite a familiar setup, this is as satisfying as a bowl of hot steaming Shin ramen) 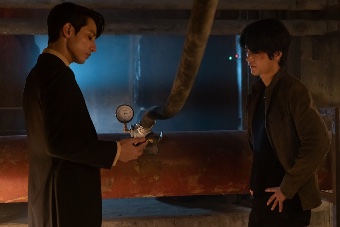 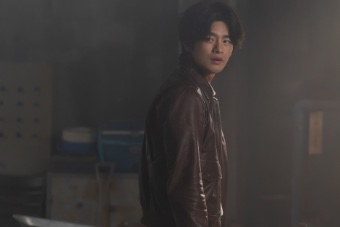 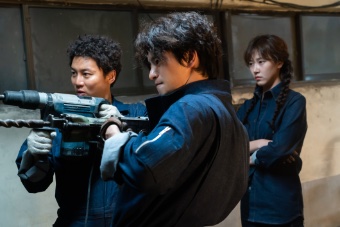 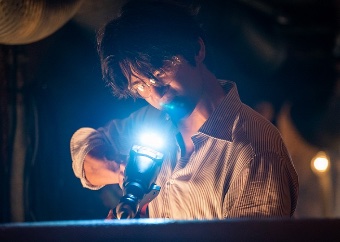 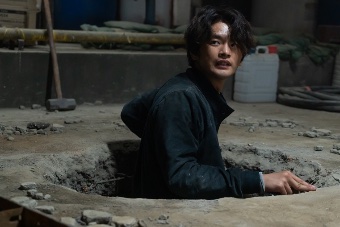 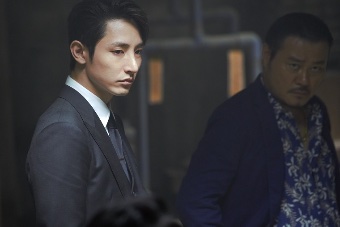