Synopsis: 1970, the dangerous ambition to take over Gangnam has started! Ragmen Jong-dae (LEE Min-ho) and Yong-gi (KIM Rae-won) are two orphans who became blood brothers. No matter what they do, they cannot escape from poverty and reside in a shantytown. But when their shack is bulldozed as part of regional redevelopment, the two young men become homeless. When a local gang is short on manpower, they’re recruited to sabotage a political rally. But in the midst of chaos, they get separated. “Land for you, money for me! Let’s go all the way! 3 years later, unlike the wishes of his former gang boss, Jong-dae refuses to let go of his gangster way, and teams up with a local madame who has powerful political connections. These two unlikeliest partners begin buying up paddy fields in Gangnam before they become the new hub city of Korea. When a rival gang gets the wind of this plan, Jong-dae meets his foe – it’s none other than Yong-gi.

Gangnam Blues is set in the 1970s, with political corruption and power struggles over the land in Gangnam as the backdrop of the movie. The story revolves around Jong-dae (Lee Min-ho) and Yong-gi (Kim Rae-won), two good friends who grew up together since young in an orphanage. They led their lives in poverty and depended on their jobs as ragmen, but they were forced out of home when it got demolished for redevelopment. At a spontaneous involvement with a local gang to sabotage a political rally, they got separated in the chaos. This became a significant turning point for both Jong-dae and Yong-gi as they began leading separate lives.

After Jong-dae’s loss of his only 'kin', Yong-gi, he pledged his loyalty to the gangster's leader and got accepted like family. Years later, the leader stepped down from power and while maintaining honest business on the surface, Jong-dae continues to be involved in 'dirty business' to pay off debts. His greed for land and money then grew exponentially after he began partnering a rich madame (Kim Ji-soo), who has powerful political connections, on obtaining the land at Gangnam. In the midst of these underhand businesses, he reunited with Yong-gi at an unexpected encounter, only to find out that he had been working for the rival gang. Each of them, motivated by their selfish motives and greed, the vie for power, land and money leads them down a tragic path.

Like many movies built on the corruption in bureaucracies, the story is a little complicated and confusing. The upper hand was never permanently on one party and was constantly shifting because of Jong-dae and Yong-gi's exchanges behind the scenes. Eventually when one of the gangs rose in greater power with the backing of strong political influence, the odds changed again when Jong-dae unraveled Yong-gi's doings. However, the story didn't just end there and took a twist. Albeit the very last arc to the story was a bit rushed, the overall narrative of the movie was interesting and engaging.

In terms of the action sequences, Gangnam Blues had several scenes of gang violence and crossfires. One of the scenes that had the gangs head-on at an abandoned warehouse was particularly exciting. The terrain was rather unusual, having heaps of wood shavings which significantly slowed down movement. Having fast feet no longer guarantees an advantage as wit and creativity was more required in such a terrain. However, some of the action scenes do still appear too organized and 'clean'. The ways of the Korean gangsters also can't match the brutality and viciousness of the Hong Kong mafias or Japanese yakuza.

Gangnam Blues is characteristically Korean, meaning that it gave a heavier focus on the drama and melodramatic scenes. Lee Min-ho was undoubtedly the star of the movie. Although he debut at a tender age of 16, it was not until the Korean remake of Boys Over Flowers that he garnered more attention. First for the appearance, but he has now proven that he has more than just that good physique. His acting has improved over the years, and also successfully shed away the pretty boy image. His recent leading roles in television drama series City Hunter and The Heirs have proven this point too.

(A film that brings us back to the interesting backdrop of 1970s Gangnam, and a melancholic tale between two sworn brothers that is sure to leave an impression) 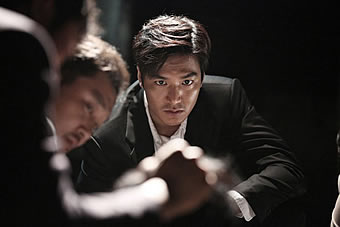 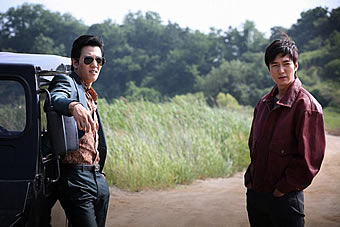 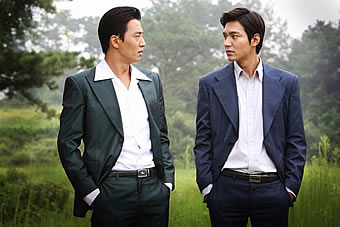