Synopsis: A kindhearted and hardworking delivery man (GANG) is meeting up with an old friend when a car explodes nearby. In the blink of an eye, he becomes the prime suspect for the assassination of an presidential candidate, and as he is forced to run, he finds himself trapped in a wide-reaching political conspiracy.

Golden Slumber is based on a Japanese novel of the same name. The popular novel was first published in 2007, and not only won a book prize, but was also made into a Japanese movie and stage play in 2010 and 2016 respectively. What’s interesting to note is it’s reported that actor Gang Dong-won first took notice and interest in the novel and proposed it to the production company. Subsequently, the director adapted the material fittingly to suit the taste of the Korean audiences. The movie had indeed attracted much footfall to the cinemas in South Korea, with 1.3 million audience in attendance in just 12 days.

The story centres Gun-woo, a seemingly ordinary delivery man who is reliable and kind. He was even featured on TV for bringing saving a pop star. One day, he was coincidentally lurking around the area where a car exploded, and things escalated quickly as he became the prime suspect for the assassination of a presidential candidate. Not only was there evidence proving his involvement in the crime, the incident received high media attention as it’s been reported as a terrorist attack. However, Gun-woo quickly discovers that the video footages are fabricated as he had not done those things as reported on TV. He was put into panic mode and was forced to be on the run.

The movie has got a blend of everything – from the themes of drama and kinship, to politics and authoritarian government. However, that’s also a flaw of the movie as each of these topics is not explored with depth. For instance, it brought out a shallow examination and critique of the power of (controlled) media, then quickly moved on to trust and betrayal in friendships. While it has chosen the right themes to be talking about, the movie seemed to have lacked a focal point.

Nonetheless, the stellar cast did up the watchability of the movie. The role of Gun-woo is helmed by award winning actor, Gang Dong-won. He might not have been appeared often on television drama series, he’s been concentrating on his development on the silver screen. Dong-won has successfully brought out the complex feelings that Gun-woo has experienced through the ongoing drama.

Additionally, the expect the cameo appearance of Kim You-Jung, Choi Woo-Sik, and Jung So-Min too. In particular, the action sequence involving Jung So-Min came as a sweet surprise. So-Min has been involved in comedy dramas like Playful Kiss (2010), The Sound of Your Heart (2016) and rose in popularity over the years. Seeing her play a role out of the genre of comedy came as refreshing. Many of the characters are not found in the original novel, which was intentional as the director already had the vision to adapt it more to address the Korean appetite.

Although the movie was off to a good start by building the action and suspense to the movie, it couldn’t last to finish. Having to cramp so much into the 108-minute sequence also became a bit disengaging towards the end. Nonetheless, the star spotting game and Dong-won’s performance made the watch a bit more meaningful.

(Even though this movie was started with a great ambition and creative vision, the execution of it didn’t come close) 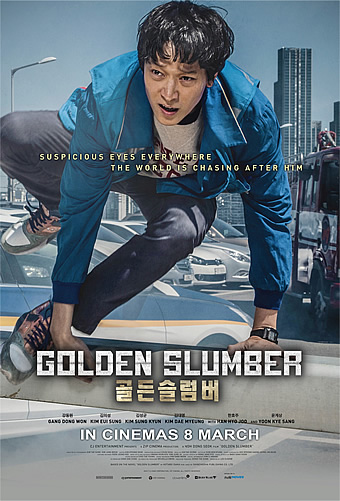