Synopsis:  Winter 1968: Showbiz legend Judy Garland (Academy Award Winner Renée Zellweger) arrives in Swinging London to perform in a sell-out run at The Talk of the Town. It is 30 years since she shot to global stardom in THE WIZARD OF OZ, but if her voice has weakened, its dramatic intensity has only grown. As she prepares for the show, battles with management, charms musicians, and reminisces with friends and adoring fans, her wit and warmth shine through. Even her dreams of romance seem undimmed as she embarks on a courtship with Mickey Deans (Finn Wittrock), her soon-to-be fifth husband. And yet Judy is fragile. After working for 45 of her 47 years, she is exhausted; haunted by memories of a childhood lost to Hollywood; gripped by a desire to be back home with her kids. Will she have the strength to go on? Featuring some of her best-known songs, including the timeless classic ‘Over the Rainbow’, JUDY celebrates the voice, the capacity for love and the sheer pizzazz of “the world’s greatest entertainer”.

Every award season, you can be sure that there will be a handful of actors who give it their all to play real life characters in biographies. It’d be a bonus if they play singers because they get to exercise their vocals - what’s stopping the juries from casting their votes to these multi talented actors who belt out tune after tune while making viewers laugh and cry with their emotions? Oh, extra points also go to actors who portray characters who suffered from physical and mental health torment, or alcohol and substance abuse.

The latest addition to the list of actresses who are leaving their mark by playing real life artistes is Renée Zellweger, who may be recognised with her first Best Actress Oscar (the 50 year old actress won the Academy Award for Best Supporting Actress in 2004 for ColdMountain). In this biographical drama directed by Rupert Goold, she takes on the titular role of Judy Garland, whom many fondly remember for playing Dorothy Gale in The Wizard of Oz (1939). This film’s not as cheery as a rainbow, as we see how the American singer and actress spends her last years by relocating her stage career to Britain. Things seem alright initially, but things start going downhill when her health begins to worsen.

Such emotional upheavals are perfect for actresses to perform the hell out of the roles, and Zellweger does a brilliant job. She does her own singing and performing, and makes you feel for Garlandas a woman yearning to be loved, a mother wanting to shower all her love for her children, and an artiste taking the stage to bring the best entertainment to her audiences. This is the kind of performances that juries love, and the filmmakers are fully aware of that.

The 118 minute film is designed to showcase Zellweger’s acting. She crushes her facial muscles to look anguished, looks into the distance to wonder what life has in store for her, and sings her heart out on stage to have you tapping your feet to familiar tunes like “Come Rain or Come Shine”, “The Trolley Song” and “San Francisco”. Supporting characters are played by Finn Wittrock (Mickey Deans, Garland’s fifth and last husband), Rufus Sewell (Sidney Luft, Garland’s third husband) and Michael Gambon (Bernard Delfont, theatrical impresario who brings in Garland’s performance to the Talk of the Town nightclub).

Yes, the film contains that tune that you are yearning to hear – the one about going somewhere over the rainbow. When Zellweger sings it with all her heart during the last sequence of this sappily engaging movie, you may drop a tear or two. The heart tugging moments don’t end there. The filmmakers wouldn’t give up an opportunity to insert a quote from The Wizard of Oz. When it flashes across the screen, you’d be totally bought by this sentimental biography about an artiste who left us too soon. 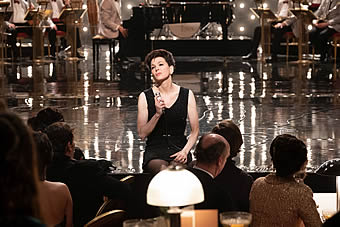 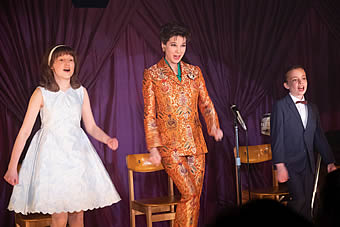 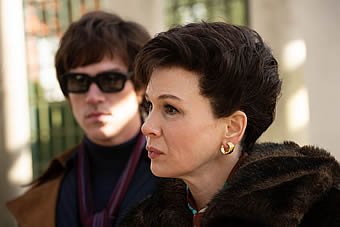 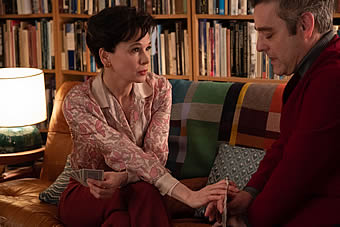 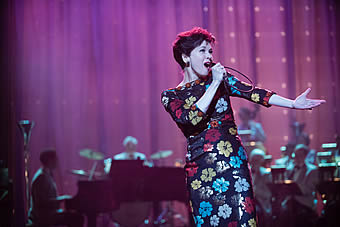 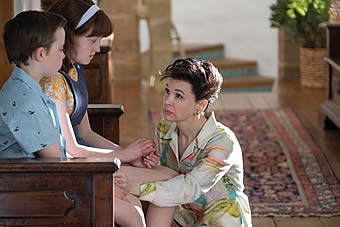 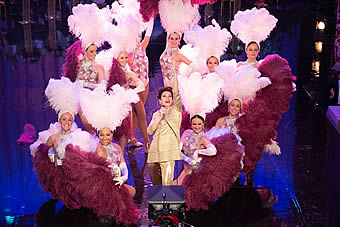