Synopsis: Directed by Stephan Frears (Philomena, The Queen), FLORENCE FOSTER JENKINS tells the inspirational true story of the eponymous New York heiress who obsessively pursued her dream of becoming a great singer. The film celebrated the human spirit, the power of music and the passion of amateurs everywhere. The voice Florence (Streep) heard in her head was divine, but to the rest of the world it was hilariously awful. At private recitals, her devoted husband and manager, St Clair Bayfield (Grant), managed to protect Florence from the truth. But when Florence decided to give her first public concert at New York’s Carnegie Hall, St Clair realised he had perhaps bitten off more than he could chew.

If there was a soundtrack album produced for this biographical comedy drama film, this reviewer wonders whether he would be keen to own a copy. The movie’s protagonist is Florence Foster Jenkins, an American socialite and amateur soprano who was known and mocked for her painful lack of singing skill. Active during 1912 to 1944, the performer was likened to that of a musical cult figure in New York City– not too bad a thing considering how famed artistes like Cole Porter and Enrico Caruso were loyal fans.

Remember how William Hung and Rebecca Black, who you won’t bet on winning Grammys in their lifetimes, took the music industry by storm? Admit it, you had a great time putting Hung’s “She Bangs” and Black’s “Friday” on repeat.

Portraying this real life personality is the mighty Meryl Streep – trust the multi award winning actress (she is one of the 10 actors to have won three or more Academy Awards for acting) to make us laugh, cry and be moved by someone whose dreams outgrew her abilities. Throughout the movie’s 111 minutes, you will laugh at Madame Florence’s very bad singing, then wonder what differentiates you from the countless people who ridiculed the ambitious woman who was stricken with various illnesses.

At the end of the movie when she eventually passes on peacefully, you wish you have the same courage as her – as she points our proudly that people can say she couldn’t sing, but no one can say she didn’t sing.

Do not mistake this movie for a tearjerker. There are countless hilarious moments (you wouldn’t expect anything less from a plot involving a bad singer), and director Stephen Frears effortlessly pieces together moments of Madame Florence’s life to make a very likeable and enjoyable movie. After directing Helen Mirren and Judi Dench in The Queen (2006) and Philomena (2013), it must be a breeze for Frears to direct a talented and fine actress like Streep. The result is an entertaining performance that blends both comedic and heartfelt moments.

Elsewhere, Hugh Grant ages gracefully to play Streep’s partner, an English Shakespearean actor who is also her manager. The 56 year old actor manages to deliver a tender performance as St Clair Bayfield who, despite being married to Madame Florence, maintains a chaste relationship (due to her diseases) and lives in a separate residence with his secret mistress. Is there love between the two? Yes, and one that is truer to many other relationships you know.

There is also Simon Helberg (best known for his role in TV series The Big Band Theory) who plays Cosme McMoon, a pianist who trains and accompanies Madame Florence during her performances. From bewilderment and shock to understanding and empathy, Helberg also gives a commendable performance.

The story written by Nicholas Martin, though crowd pleasing, is also a poignant one. There are universal themes which still bother the society today – do we recognise effort or talent? As bystanders, what role do we play as social commentators or advocates? When put in these larger than life situations, do we have the courage to pursue what we initially regarded as dreams? These are the reflective questions you’ll ask yourself after watching being entertained by this finely made film about the tragic side of comedy.

(A crowd pleaser - featuring a winning performance by Meryl Streep, of course - that also celebrates the determination of someone who is seen as a fool by others) 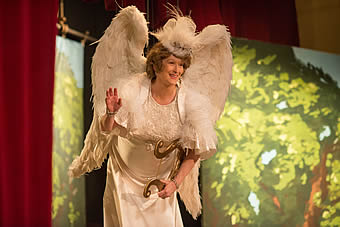 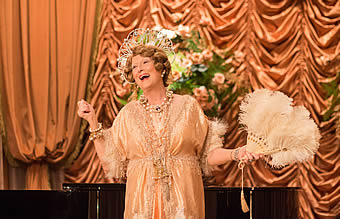 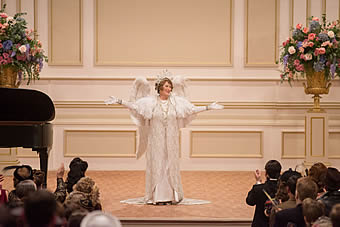 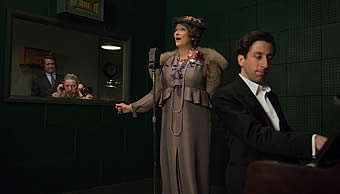 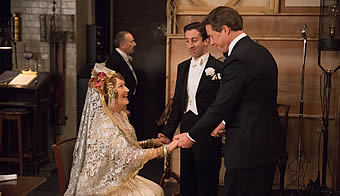 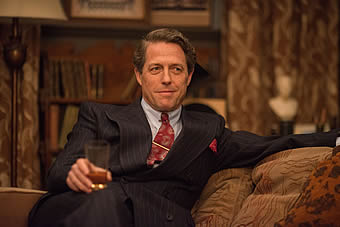