Synopsis: In 1968, a young, charismatic activist named Fred Hampton became Chairman of the Illinois chapter of the Black Panther Party, who were fighting for freedom, the power to determine the destiny of the Black community, and an end to police brutality and the slaughter of Black people. Chairman Fred was inspiring a generation to rise up and not back down to oppression, which put him directly in the line of fire of the government, the FBI and the Chicago Police. But to destroy the revolution, they had to do it from both the outside…and the inside. Facing prison, William O’Neal is offered a deal by the FBI: if he will infiltrate the Black Panthers and provide intel on Hampton, he will walk free. O’Neal takes the deal. Now a comrade in arms in the Black Panther Party, O’Neal lives in fear that his treachery will be discovered even as he rises in the ranks. But as Hampton’s fiery message draws him in, O’Neal cannot escape the deadly trajectory of his ultimate betrayal. Though his life was cut short, Fred Hampton’s impact has continued to reverberate. The government saw the Black Panthers as a militant threat to the status quo and sold that lie to a frightened public in a time of growing civil unrest. But the perception of the Panthers was not reality. In inner cities across America, they were providing free breakfasts for children, legal services, medical clinics and research into sickle cell anemia, and political education. And it was Chairman Fred in Chicago, who, recognizing the power of multicultural unity for a common cause, created the Rainbow Coalition—joining forces with other oppressed peoples in the city to fight for equality and political empowerment.

In this biographical depiction of revolutionary Fred Hampton, director Shaka King condenses the events of his influential years as a chairman in the Illinois chapter of the Black Panther Party, that inevitably led with his assassination in 1969. He was 21.

But the focus here is less on his incredible charisma that realised a “rainbow coalition” of divergent sub-groups to challenge capitalist oppression, or his enduring tenacity to make sacrifices for the people, but as the biblical allusion in the title suggests, about how the FBI instigated the deep betrayal by grooming one of his closest aids, William O’Neal.

Needless to say, this theme of police brutality and an unjust system strikes raw in today’s climate - not only evidenced by the many victims that birthed the Black Lives Matter movement, but even closer to home, by the actions of Myanmar’s military coup. The relevance here is what makes the film so necessarily disturbing.

Daniel Kaluuya is hard to fault. He saturates himself with the activist’s magnetism, and releases it with gusto in his stirring speech scenes. It’s impossible not to be affected, especially when the intensity here is paired with truth, sometimes abrasive and radical, but mostly just facts.

But it is Lakeith Stanfield as the informant William that holds the thread to this tale. King steers the film through this unfortunate character, letting his wavering commitment seed tension into the otherwise “regular” scenes that follow. It’s a motivation that leaks out of Stanfield brilliantly - in furtive glances and awkward bravado - if sometimes a little repetitive.

Because here’s a missed exploration - that Stanfield and his FBI agent handler Roy Mitchell (Jesse Plemons) has a blatantly lopsided relationship. It doesn’t take much for Mitchell to leash Stanfield back to his duty, and much of the priming in the early (such as the KKK reference and role model inferences) doesn’t bear out much later on.

So while Stanfield does an excellent job of stretching emotional conflict in his scenes, they seem much too reactive - often triggered by external circumstances than internal reflection or emancipation. Even at the end of the film, we find it hard to determine the person that is William O’Neal, and his inner motivations beyond personal survivalism.

Thankfully, King includes nuance through the broader cast, opening up complex constructs in ideologies with more pragmatic and human concerns. It tempers the more simplistic over-vilification, and lets it sit more comfortably as a realistic drama.

Along with some arresting visuals from cinematographer Sean Bobbitt and flashes of imaginative editing from Kristan Sprague, the understated Mark Isham adds a richness to the film presentation with his plucky score, allowing the film and its characters to have a compassionate bold stroke running through it.

While the invitation to explore the story from William’s perspective may fall a little short, Judas and the Black Messiah remains an affecting watch - a worthy tribute to sacrifice and the fallen, and a timely reminder that the fight continues to this day.

(A stirring watch with a brilliant cast, the script falls short in areas but the production is nonetheless arresting and pertinent) 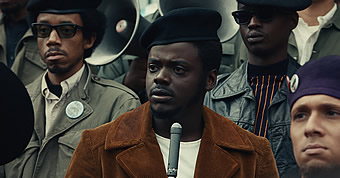 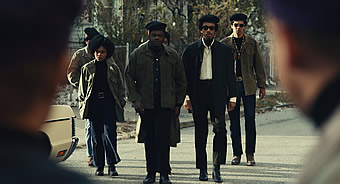 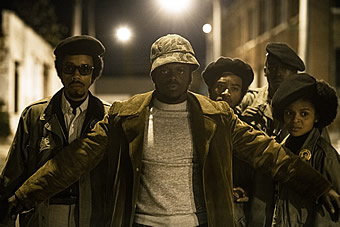 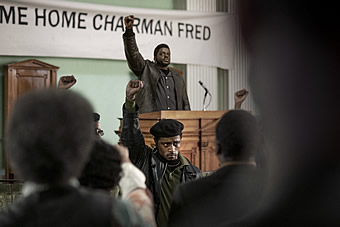