Synopsis: Mandela: Long Walk to Freedom is the long awaited motion picture adaptation of the personal story of one of the world’s most revered leaders, an esteemed statesman in modern history and an international icon, Nelson Rolihlahla Mandela. Based on his autobiography, the motion picture rights to which were entrusted exclusively to producer Anant Singh, this is the first film to tell Mandela’s whole story. The epic film spans Mandela’s exceptional life journey from his early years as a herd boy in rural Transkei to his inauguration as the first democratically elected President of South Africa.

When we first heard there was going to be a biographical film about former South African president Nelson Mandela, we thought this would be the film to root for come awards season. It has every ingredient needed to pick up accolades – a well respected anti apartheid revolutionary protagonist, a script based on an autobiographical book, two established African American leads and the timely passing of the politician and philanthropist on 5 December last year.

Alas, how wrong we were. There wasn’t much love showered for this British and South African production directed by Justin Chadwick (The Other Boleyn Girl, The First Grader). Was Steve McQueen’s 12 Years a Slave really a much superior film than this? Was David O. Russell’s American Hustle really a better movie than this? Was Alfonso Cuaron’s Gravity really a more impressive filmmaking feat than this? One must understand, amidst the red carpets and acceptance speeches, the whole award fever is nothing more than a showbiz game.

Back to this rather ill fated movie that almost had things going for it till crunch time – the film chronicles his early life, coming of age, education and 27 years in prison before becoming President and working to rebuild the country’s once segregated society. Yup, it is a long story to tell, hence the 146 minute runtime.

Therein lies the problem of this film: the length. Although it isn’t frustrating to sit through the two and a half hour film, there is nothing particularly exciting to keep your interest going. You don’t need to be very well informed about Nelson Mandela’s life story (the perfect example is this reviewer, who doesn’t fare very well when it comes to general knowledge on worldly matters), and you won’t have problems settling in nicely to the plot development with this adapted screenplay by William Nicholson (Elizabeth: The Golden Age, Les Miserables). Things are predictably paced with South Africa’s first black chief executive, and the first elected in a fully represented democratic election. You experience the Mandela’s hardship, his rise and his fall, before telling the world he can forgive the people who put him behind bars for 27 years.

On a good day, you will feel inspired by this important political figure. If you aren’t in the mood to be visually fed with all things prim and proper, you may find this film somewhat preachy. It is a respectful piece of work, the very safe approach taken by the filmmakers may be the reason why it didn’t garner much love during the award season (read: no heart throbbing scenes where the protagonist undergoes humiliation and pain).

The production values are top notch. With cinematography by Lol Crawley (Four Lions), editing by Rick Russell (44 Inch Chest) and a music score by Alex Heffes (The Last King of Scotland), this film is wonderfully executed. And the end credit song Ordinary Love by Irish rock band U2 doesn’t hurt either. In fact, the radio friendly tune took home the only award (a Golden Globe for Best Original Song – Motion Picture) for the movie, which cost $35 million to make.

As for its leads Idris Elba (Thor, Pacific Rim) and Naomie Harris (Ninja Assassin, Skyfall), they deliver noteworthy performances, which have been unfortunately been overlooked by the award juries. Were Matthew McConaughey, Christian Bale, Bruce Dern, Leonardo DiCaprio and Chiwetel Ejiofor better than Elba, who rightfully captured our attention throughout the entire film? Like what we said, awards are but a fame game, so enjoy the film for what it is, and you’d leave the cinema feeling inspired by the late African nationalist and democratic socialist. 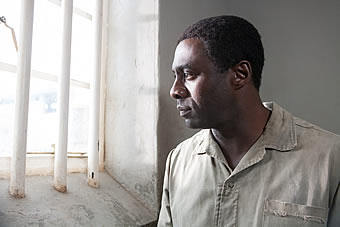 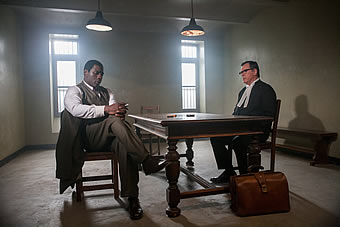 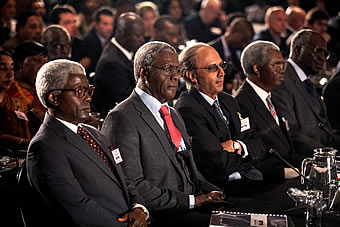 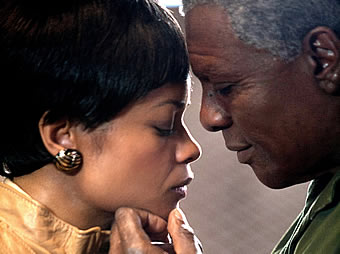