Synopsis: 12 YEARS A SLAVE is based on an incredible true story of one man's fight for survival and freedom. In the pre-Civil War United States, Solomon Northup (Chiwetel Ejiofor), a free black man from upstate New York, is abducted and sold into slavery. Facing cruelty (personified by a malevolent slave owner, portrayed by Michael Fassbender) as well as unexpected kindnesses, Solomon struggles not only to stay alive, but to retain his dignity. In the twelfth year of his unforgettable odyssey, Solomon’s chance meeting with a Canadian abolitionist (Brad Pitt) forever alters his life.

12 Years a Slave was adapted from Solomon Northup’s autobiography of the same name. The movie recounts how Northup, played by Chiwetel Ejiofor, was cheated and sold into slavery for 12 years.

Solomon Northup was a free black man from Saratoga, New York State. Convinced by two men to travel to Washington as part of a performing act, Northup found himself drugged and sold to slavery, becoming Platt, a runaway slave from Georgia. Northup’s first owner was William Ford (Benedict Cumberbatch), and his ingenuity quickly leads to the displeasure of the Tibeats (Paul Dano), a white worker and carpenter at the plantation. To protect Northup, Ford sells him to Edwin Epps (Michael Fassbender), an abusive plantation owner known as a “slave breaker”. Northup endures working on Burch’s cotton fields until the arrival of Bass (Brad Pitt), a Canadian laborer. With Bass’s help, Northup is finally able to get in contact with his family in New York State and regain his freedom.

Director Steve McQueen is no stranger to hard-hitting topics for his movies. His previous two feature films, Hunger and Shame, were about the 1981 Irish hunger strike and sexual addiction respectively. In 12 Years a Slave, McQueen’s unflinching portrayal of black slavery makes the audience squirm in their seats. Particularly memorable were the scenes that show the lynching (hanging) and lashing (whipping) of the black slaves in their full-bloodied glory, and the objectification of black slaves as personal property. Taking place at the start of the film, the scene where black slaves were being sold was shocking and sets the bleak tone for the rest of the film. Black slaves were like meat at the butcher, some standing stark naked for inspection without regard for their feelings.

White men are often stereotyped as either cruel slave masters or as enlightened emancipators when on the topic of slavery. Michael Fassbender impressively represents the former in his role of Epps, a self-righteous bigot who believes that the right to own slaves is biblically sanctioned. Fassbender plays Epps as crazed and drunk on his power over his black slaves, making the audience dread what would be his next whim and who would be his victim. Interestingly, the character of Ford provides some relief from this dichotomy of white men. While Ford recognizes and appreciates Northup’s intelligence, he rejects Northup’s claim that he is a free man, highlighting that slavery is primarily an economic issue.

On the other hand, the black slaves were not simply portrayed as being ‘good’ in contrast to the ‘evil’ white men. To survive in the white man’s land, the black slaves ignoring the suffering of their fellow black slaves and even inflicting the punishment on their fellow black slaves. For example, when Northup was left alone after Tibeat’s attempted lynching, his fellow black plantation workers simply went about with their daily duties, not bothering to cut him free from his noose. The role is then reversed when Northup was forced to whip plantation worker Patsey, the object of desire of Epps, and stunningly well played by Lupita Nyong’o in her film debut.

As the protagonist, Chiwetel Ejiofor shines in his role, playing Northup with a silent strength that allows him to survive through his 12 years of humiliation. Northup changes from showcasing his intelligence and setting himself apart from other black slaves to denying that he is educated and joining in with the black slaves. Despite trading ‘living’ for ‘surviving’, Northup is likeable in his determination to not betray his wife and holding on to the hope that he would once again be reunited with his family.

When one thinks about slavery, emancipation and anti-slavery activists, what comes to mind are prominent figures and events, such as Abraham Lincoln and the American Civil War, and Martin Luther King, Jr. and his ‘I Have a Dream’ speech. 12 Years a Slave provides another side of this history – one that depicts the actual struggles of a black man forced into slavery, showing how slavery wears down the human spirit and how depriving another of his freedom is fundamentally wrong. Director McQueen describes the movie as being about ‘human respect’, and the film forces the audience to rethink what is known about slavery and contemporary racial discrimination. 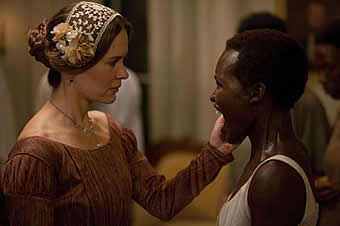 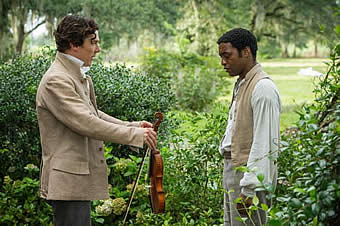 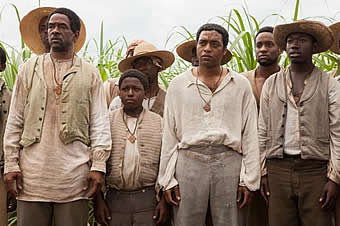 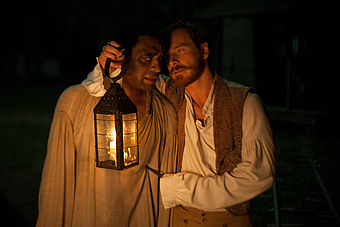