Synopsis: Growing up can be a bumpy road, and it's no exception for Riley, who is uprooted from her Midwest life when her father starts a new job in San Francisco. Like all of us, Riley is guided by her emotions – Joy (Amy Poehler), Fear (Bill Hader), Anger (Lewis Black), Disgust (Mindy Kaling) and Sadness (Phyllis Smith). The emotions live in Headquarters, the control center inside Riley’s mind, where they help advise her through everyday life. As Riley and her emotions struggle to adjust to a new life in San Francisco, turmoil ensues in Headquarters. Although Joy, Riley's main and most important emotion, tries to keep things positive, the emotions conflict on how best to navigate a new city, house and school.

It would be a sin not to give praise to any title produced by Pixar Animation Studios. So here it is: this new film has already reserved its place in the Top 10 Movies of 2015 for this reviewer.

More importantly, the 3D computer animated comedy gave this writer a revelation of why he is perceivably upset all the time – there’s always been talk about how our brains are compartmentalised, and how there are different elements in there which cause our different emotions. A group of geniuses have finally found a way to explain this to both adults and kids. While parents can be thankful they need not come up with lame stories to educate their children, kids can also get an inkling of how emotions come in place to define their personalities.

Director and co writer Pete Doctor (Up) first developed this movie after noticing changes in his daughter’s character as she grew older. To legitimise things, the film producers sought opinions from psychologists, added their own magic touch and voila – an unmissable animated film is born.

The story’s human protagonist is a young girl whose world turns upside down when she moves from Minnesotato San Francisco. What used to be a happy, high spirited girl began turning into a sad, angry teenager. Enter the little voices in her head: Joy, Sadness, Anger, Fear and Disgust. So it turns out that these adorably animated beings are the ones controlling her emotions, and how her seemingly difficult life changing event will be the backdrop for us to realise how all emotions, whether perceivably positive or negative, each has a critical role to play in shaping who we are.

Masses will have an enjoyable time watching this 94 minute movie, which contains laughs, adventure and drama. One doesn’t doubt the Pixar’s animation standards, and the artists are not going to disappoint this time. Viewers will get to venture into the colourful realms of the human mind, visit lands that one can only imagine about, and plunge to the scary depths of a mental wasteland. A good visual storyteller can engage audiences through the brilliance of pictures, and this movie is a fine testament to that.

And those who are familiar with Pixar’s work will have a great time spotting Easter eggs (who needs Marvel’s in jokes when you have more intelligent references from Pixar?)

On a larger picture, this movie is smart, inventive and a timely reminder of how we will eventually grow out of what we may once hold dear, and how deep in some corner of our minds reside parts of our lives which might have meant so much to us decades before. Then there is the life lesson of how sadness is actually an important emotion to possess, because without sadness, there won’t be the sense of joy when things get better.

The voice cast does a perfect job with their characters as well. Amy Poehler’s chirpiness personifies Joy, Phyllis Smith reminds us of how brilliant her character was in the hit TV series The Office by voicing Sadness, while Lewis Black, Bill Hader and Mindy Kaling make you want to be part of the gang with their interpretations of Anger, Fear and Disgust respectively.

And like other Pixar movies, expect to leave the theatre moved, and in this case, wanting to take good care of those little beings in your head. 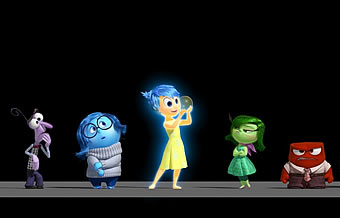 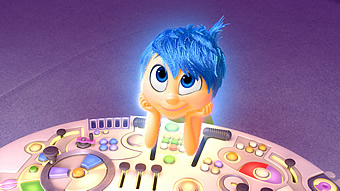 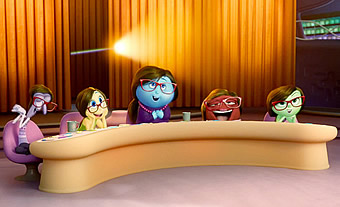 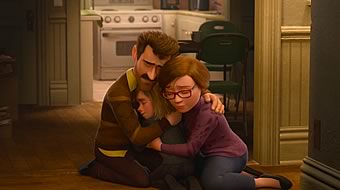 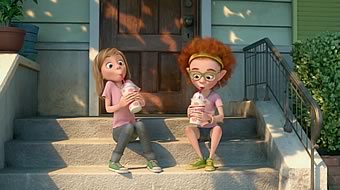