Synopsis: DYLAN DOG: DEAD OF NIGHT is a new horror/comedy film based on one of the world's most popular comics (60 million copies worldwide). Brandon Routh stars as Dylan Dog, world famous private investigator specializing in affairs of the undead. His PI business card reads "No Pulse? No Problem." Armed with an edgy wit and carrying an arsenal of silver and wood-tipped bullets, Dylan must track down a dangerous artifact before a war ensues between his werewolf, vampire and zombie clients living undercover in the monster infested backstreets of New Orleans

Brandon who? The name’s Brandon Routh, the former fashion model who was supposed to save the Superman series by playing the caped superhero in 2006. Alas, despite positive reviews for the Bryan Singer directed movie, the planned sequel for Superman Returns never materialized. What happened to the chiseled good looker? He went on to play supporting roles in several TV series (he had a 12 episode stint on Chuck) and movies (2008’s Zack and Miri Make a Porno being the most memorable), before landing himself on this project, which, according to the movie poster, is based on “one of the world’s most popular comics”.

Err, doesn’t that accolade belong to the gang from Marvel?

Jokes aside, Routh plays the titular Dylan Dog, a supernatural private eye who seeks out monsters to bring peace to New Orleans. With a zombie as his assistant, the ace detective must come face to face with vampires and werewolves so that the world can be safe once more.

Research tells us that the horror comic series this movie is based on originated in Italy, where a good one million copies are sold each month since its publication in 1986. The filmmakers have taken liberty to shift the setting of the movie from London to New Orleans, and replacing the sidekick character with an undead assistant due to copyright issues. So here, we have Routh donning the comic character’s signature red shirt, black jacket and blue jeans to hunt those monsters down.

Truth be told, the dashing star does look good in the movie with his 1.9 meter frame. The Iowa born actor has the quality of a leading man (check out those sculpted facial features and broad shoulders), but charisma alone is apparently not good enough to make Routh a credible actor. There is a lack in his character portrayal, and it is rather unfortunate that his acting was as dead as the creatures he has to battle. The tiresome voiceovers do not help to sustain our interest in the character either.

Laughs come in the form of Sam Huntington (he played Superman’s pal Jimmy Olsen in 2006’s Superman Returns, which explains his pairing with Routh in this movie), who plays the underappreciated friend who becomes a zombie. The endearing actor gets some of the best moments in the movie, including one which has him going to a zombie support group so that he can come to terms with his newfound status as an undead. His presence in the otherwise dreary movie provides the much needed perks.

Regrettably, Huntington alone isn’t enough to save the 108 minute production from being predictably lackluster. His co stars include Anita Briem (Journey to the Center of the Earth) who tries her best to take on the role of an attractive client, Peter Stormare (The Imaginarium of Doctor Parnassus) who tries his best to look threatening as a werewolf and Taye Diggs (Chicago) who tries his best to send shivers down our spines as a vampire. Maybe it’s the B grade movie feel of the production, or maybe it’s just the unsurprising plot developments, but we just cannot find ourselves being impressed by the ensemble cast.

Special effects aren’t too shoddy in this Kevin Munroe (his other feature film credit is the disappointing TMNT) directed movie, but we can’t help but feel that this is one movie best played on late night television. 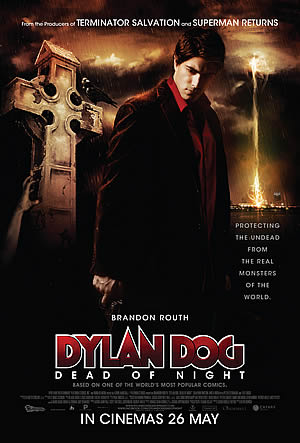 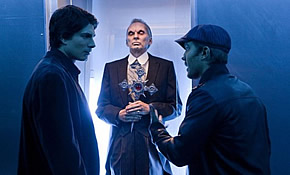 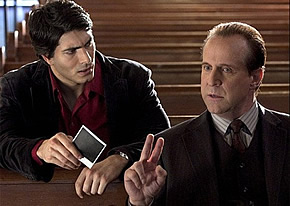