Synopsis: In the aftermath of his girlfriend's mysterious death, a young man awakens to strange horns sprouting from his temples.

Ever since He Who Shall Not Be Named was finally vanquished, Daniel Radcliffe has been striving to escape from the shadow of Harry Potter with consciously adult turns in gothic horror ‘The Woman in Black’ and the literary drama ‘Kill Your Darlings’. His latest sees him continue firmly down the road of edgy adult-oriented fare, playing a man wrongly accused of murdering his girlfriend who wakes up one day and finds himself transformed into the Devil – well, sort of, because that’s probably how best we can describe the horns he suddenly sprouts from his temples.

The premise isn’t its own; cult scribe Joe Hill, who happens to be the son of Stephen King, developed his idea into a critically acclaimed novel that was released in 2010. But those who have read the book are probably going to be disappointed by the film, because there is a lot of symbolism in the source material which has been lost in translation. What survives this adaptation from first-time feature screenwriter Keith Bunin are the more literal elements of the plot, and while there is an undeniable hook to the central murder mystery on which the narrative is framed, there is a lot less depth than what fans of the book will no doubt come to expect.

Bunin however isn’t the reason why the movie is less than what it could have been; indeed, you can see glimpses of details that would and should have mattered more in the hands of a more confident director. The French-born Alexander Aja is unfortunately slightly out of his league here; from the horror-comedy ‘Piranha 3D’ to the horror-horrors ‘Mirrors’ and ‘The Hills Have Eyes’, Aja’s track record suggests a penchant for the visceral over the literary, which explains the subtlety that is lacking.

And so, the treehouse which Radcliffe’s Ig Parrish and his deceased girlfriend Merrin (Juno Temple) spend most of their days becomes no more than their hideaway in the woods, rather than a more intriguing concept linked to a Treehouse of the Mind which Ig and Merrin discover as a child. The effect that Ig’s horns have on the people he meets is played more for comedy, than as a biting reflection of one of our deepest fears, i.e. that deep inside, no one truly cares about us. Most significantly, Ig’s sudden change from ‘Devil’ to ‘Angel’ and back is framed on a more conventional understanding of a choice between good and evil, instead of a more radical notion about the presence – or absence – of God in the world that Ig exposes of evil, immorality and injustice.

That said, these shortcomings do not diminish the fact that it is Aja’s most ambitious work to date. There is humour of the dark comedy kind, drama in the form of tragedy, horror in the supernatural, romance of the teenage variety, fantasy, and a good old murder mystery – and the mishmash of various genres sees Aja trying to find the right tone at least in the first hour of the movie. Thankfully, the second half settles into a much more assured pace as it sets up the enmity between Ig and his best childhood friend Lee (Max Minghella), the latter of whom proves much more diabolical than his pleasant demeanour at the start may suggest. It’s a tonally tricky project all right, and Aja does struggle for a while before finding the right mix of humour and horror mashed with some gleeful relish.

But even if Aja does miss a beat here and there, Radcliffe hardly does. It’s not an easy role to play, particularly since it requires him to grief, to be indignant, to be angry and finally to be malicious, but Radcliffe nails the gamut of emotions perfectly. There is also chemistry between him and fellow Brit Temple, though one wished that they had more scenes together. Supporting actors like Joe Anderson as Ig’s druggy brother and James Remar and Kathleen Quinlan as his parents do equally solid work, but it is Minghella’s malevolent turn as he is confronted with Ig’s powers of compelling honesty that truly is something in itself.

That is probably what fans of the book will say about Joe Hill’s novel, but like we said earlier, those who approach this film from the context of its source material will probably turn out quite disappointed at the nuances that are clearly lost. But for those encountering it for the first time, ‘Horns’ will no doubt prove to be sufficiently engaging as a whodunit as well as a subversive metaphysical-metaphorical fable. Yes, despite its flaws, there is enough of what it came from for this adaptation to remain intriguing and entertaining, not least for the fact that it is as far away from Harry Potter as Radcliffe could ever get. 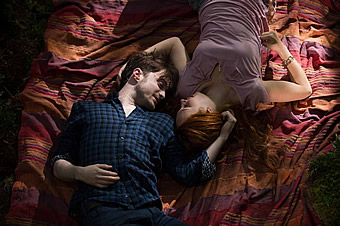 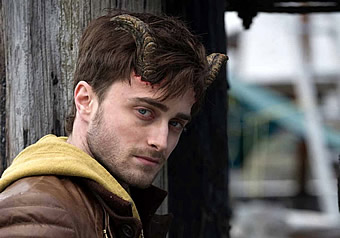