Synopsis: Horror webtoon writer Ji-woo (Sung Joon) arrives at a shabby apartment called Gwanglim Mansion in search of ideas. The middle-aged caretaker with an expressionless facial expression unravels a bundle of strange events that happened in the apartment, and rooms 504, 708... The more Ji-woo hears the story, the more he becomes obsessed with the Ghost Mansion.

Webtoons are having their day in the sun in Korea’s entertainment industry, as seen by their popularity in titles such as Itaewon Class and Sweet Home. Though it isn’t an adaptation, Ghost Mansion does tap into this cultural phenomena by pitching the protagonist as a webtoon artist who digs a little too far into the wrong places to score success.

After a dismal showing for his last title, writer and artist Ji-woo (Sung Joon) is desperate for inspiration. To fuel his horror content, he visits Gwanglim Mansion, fuelled by rumours of its sordid past and ongoing tragedies. From a doomsday cult to a fire that consumed children abandoned by their parents… suffice to say, he’s not disappointed. As he pushes the groundskeeper for more stories, he gets lured into the mansion’s web of influence.

The film bears some similarities to the grim television series Hell is Other People. From the dingy corridors to its unpleasant residents, Ghost Mansion wraps the stories effectively in dread. Told through the residents of different apartments in an omnibus format, the short stories do thankfully introduce different genres of fear.

In part, this is because producer Kwon Ji-yong and director Jo Ba-reun had intended this to be an 8-part series, thus explaining the many chapters loosely linked by overlapping characters. But Jo had also wanted to pay homage to his many influences including horror filmmaker James Wan and master toon artist Junji Ito in his work.

Ghost Mansion is very much a product that shows up the sum of its parts. Tapping into everyday scenes of flickering lights, strange noises in the house and persistent mold, Jo pulls in jump scares, creepy build-ups and disturbing imagery into his creation. It works well at times, such as the second chapter with the female pharmacist who can’t seem to differentiate her deja vu from reality, and in the following chapter where a realtor has plumbing and matrimonial problems. But there is a sense of overreaching with some of the other episodes, where the fear feels more formulaic than the rest.

Unfortunately, it is the last episode that suffers the most, dragging the otherwise decent thrills into a tired presentation overly drawn out. And when the film prepares for its reveal, it isn’t something that entirely makes sense.

If I were to suggest anything, it would be to pull out the human stories from these chapters even more, rather than resorting too much into the tropes. Between the third-party mistress frantic to cover up for her lover and the writer hungry for success, there is a lot more one can tease from these characters than to resort to having them play out their temptations so simply.

If one is looking for visual thrills and spills, Ghost Mansion covers good grounds. But just set aside investing into a narrative for this film - you’ll then enjoy the scares that much more.

(Promising work from young director Jo, with content to make you squeamish and disturbed but a story that can afford a more mature handling) 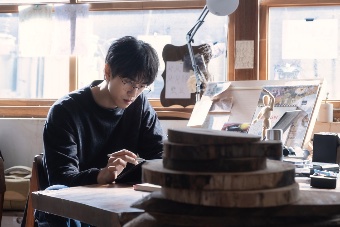 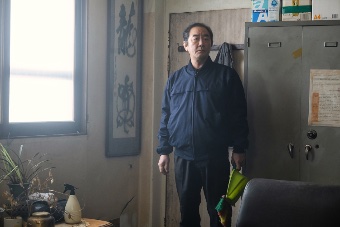 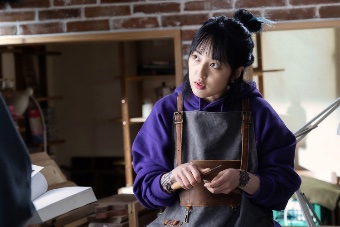