Synopsis: When a tragic accident leaves Sang-won (HA Jung-woo) and his daughter Ina (HEO Yul) without their wife and mother, he moves to a new home to restore his relationship with his daughter. Despite all his efforts, nothing he does seems to work but she makes a new friend who makes her laugh. This moment of peace doesn’t last long, as strange noises trickle out of their closet and Ina begins displaying strange behaviours. A few days after Sang-won starts having eerie nightmares, Ina disappears without a trace. While searching for her, Sang-won comes across enigmatic Kyung-hoon (KIM Nam-gil), who seems to know where Ina has disappeared to: the closet. Kyung-hoon tells Sang-won that he’s been looking for whereabouts of missing children for the past 10 years and believes that the key to finding Sang-won’s daughter is inside the closet. Desperate to find his daughter, Sang-won reaches out to open the forbidden closet.

There is little that is truly original in writer-director Kim Kwang-bin’s feature filmmaking debut, but ‘The Closet’ remains gripping, terrifying and moving all the same.

A prologue which shows a female shaman slitting her own throat after being seized by an evil presence emerging out of a closet explains the title, and it is not hard to guess that the same presence is the one possessing the young Ina (Heo Yool).

Ina has just moved into a new house in the woods with her architect father Sang-won (Ha Jung-woo) following the tragic death of her mother in a traffic accident. Both are still reeling from the loss – while Sang-won blames himself for causing her death (he was behind the wheel), Ina misses her primary caregiver and thinks her workaholic father regards her as a burden.

Unsurprisingly, the father-daughter relationship between Sang-won and Ina is at the heart of the story. Whereas he chooses to send her away to art camp so that he can get back to his big construction project in the city, Sang-won devotes himself to finding Ina after she disappears one fateful night.

That search reels in the shady exorcist Kyung-hoon (Kim Nam-gil), who pretends to be a technician from Sang-won’s broadband provider before revealing himself to have tracked Sang-won down after hearing about Ina’s disappearance. Kyung-hoon believes that Ina has been taken by the same spirit responsible for the disappearance of many other children throughout the country, reaching out from the titular bedroom fixture to kidnap kids into an otherworldly realm.

Like ‘Insidious’, Sang-won will follow Kyung-hoon’s instructions to enter the underworld through Ina’s closet in order to rescue her, though he will have to do so quickly or lose her forever to purgatory. That James Wan horror isn’t the only genre predecessor which Kim’s movie owes a debt to; indeed, fans will recognise how Kim has borrowed elements from ‘The Exorcist’, ‘The Ring’ and ‘Ju-on’ for his own supernatural mystery here.

While derivative to some extent, Kim deserves credit for sustaining a foreboding tone throughout the film through a mix of build-up, jump scares and disquieting aural effects. At an economical 98 minutes, Kim hardly wastes any time with the proceedings, establishing in sure-footed fashion Ina’s estrangement from her father, Sang-won’s subsequent despair and their attempt to reconnect with each other.

And in line with genre tradition, each of these narrative inflexions is capped with an unnerving, even startling, sequence – including one of Ina’s possession, another of Sang-won and Kyung-hoon being confronted by the spirits from the other side of the closet, and another of Sang-won’s race to locate Ina before the door to leave the underworld closes. It is riveting all right, and you’ll find your heart racing as you debate whether to avert your eyes from what is about to pounce at you.

But what roots the story is undoubtedly Sang-won’s love for Ina, which while clouded at the beginning by other distractions in life, including work, finally rings through loud and clear in the finale. Even though the role is not much of a stretch for him, Ha brings genuine emotion to Sang-won, vividly portraying the anguish, desperation and perseverance only a parent would demonstrate to save his child. Kim injects some wacky relief as Kyung-hoon, but the film rests pretty much on Ha’s shoulders.

So even though it feels familiar and has a less-than imaginative title, ‘The Closet’ is a worthy supernatural horror mystery that packs some good scares amidst a consistent atmosphere of intrigue. That it is anchored by a compelling father-daughter relationship makes the story even more affecting, and it also manages to be social commentary of irresponsible parents. To say it deserves an audience is an understatement, but that’s just us telling you not to keep it in… the closet.

(Familiar yet effective, this horror mystery packs some good scares amidst a general atmosphere of foreboding, dread and intrigue) 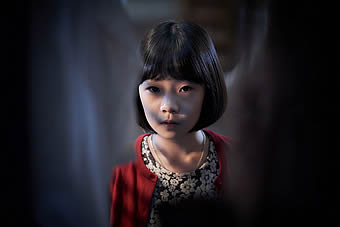 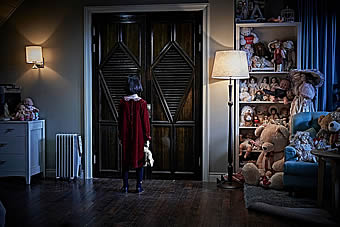 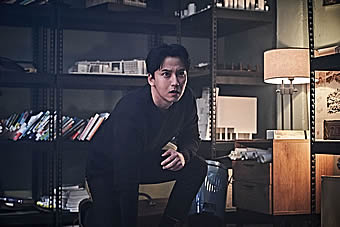