Synopsis:  Academy Award-winners Matt Damon and Christian Bale star in FORD v FERRARI, based on the true story of the visionary American car designer Carroll Shelby (Damon) and the fearless British-born driver Ken Miles (Bale), who together battled corporate interference, the laws of physics, and their own personal demons to build a revolutionary race car for Ford Motor Company and take on the dominating race cars of Enzo Ferrari at the 24 Hours of Le Mans in France in 1966.

This reviewer is not a fan of race cars. He doesn’t know the difference between a Porsche and a Chevrolet, nor the reason why some people prefer an Audi to a Bugatti. So how is it that this sports drama directed by James Mangold, which runs for more than two and a half hours, managed to engage him from beginning to end?

Like all other great movies, this one hooks you with a fascinating human drama.

We are first introduced to Caroll Shelby (Matt Damon), a former racing driver who became a car designer who gets hired by Ford to put together a car and a team that would defeat Ferrari (it’s one of those Americans versus Europeans thing). Ford is a corporate mass production outfit that isn’t pleased to see their Italian counterparts, who consider themselves artistes, thinking that their style and finesse is superior to the Americans.

Along comes Ken Miles (Christian Bale), an impulsive and grumpy Brit that is hired by Shelbyas his star driver. Given his eccentricities, the man is brilliant behind the wheels. The corporate creeps at Ford are not impressed with Miles, but through a series of events, they work towards defeating the Ferrari racing team at the 1966 24 Hours of Le Mansrace in France.

Bale has the showy part in this movie (the type that will earn him multiple nominations during the awards season), and he aces it perfectly. The 45 year old actor, who is known to transform his body drastically for his roles (look no further than American Psycho, The Machinist and American Hustle for a variety of his body shapes), lost over 30 kg to portray Miles. Coupled with an impressive oddity that is a joy to watch on screen, Bale is one person to place your bets on to take home a couple of awards. His co star Damon steps aside to play the less showy character. However, the man holds his own ground as someone who has learnt to let go of his racing career and moved on with life in the industry.

Rather than saying that the film is about Ford versus Ferrari, the story is really about the dynamic friendship between the two men. A memorable scene involves the two adults engaging in a childish brawl, but that sequence aptly brings out the camaraderie between the two men. Without saying too much, how the movie ends will have you incredibly moved.

Other supporting characters are played by equally competent actors like Tracy Letts (a very gutsy Henry Ford Jr), Josh Lucas (Leo Beebe, his unethical assistant), and Jon Berthal (Lee Iacocca, the Ford executive who mooted the idea of car racing to his boss). Irish actress Caitriona Balfe does what she can to play Mrs Miles, a woman who tries her best to support her husband’s dangerous job.

Being a drama about car racing, the 152 minute production has more than enough thrilling sequences to keep you at the edge of your seat. Masterfully shot by Phedon Papamichael, with editing responsibilities taken up by Michael McCusker and Andrew Buckland, these scenes put you in the centre of the races and leave you spellbound. The need for speed is definitely in place, and driven by compelling performances and an engaging storyline, this film comes up tops. 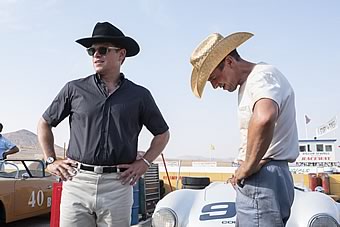 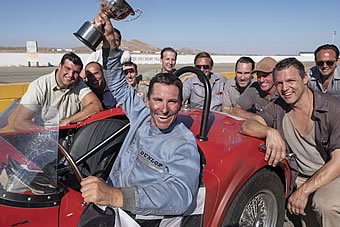 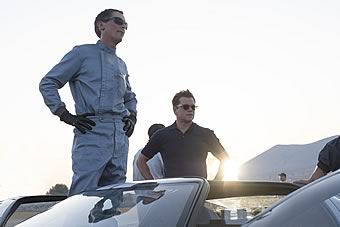 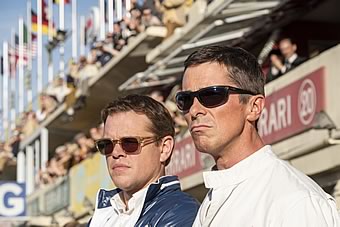 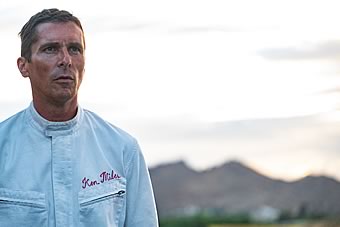