FANTASTIC BEASTS: THE CRIMES OF GRINDELWALD (2018)

Synopsis: At the end of the first film, the powerful Dark wizard Gellert Grindelwald (Johnny Depp) was captured by MACUSA (Magical Congress of the United States of America), with the help of Newt Scamander (Eddie Redmayne). But, making good on his threat, Grindelwald escaped custody and has set about gathering followers, most unsuspecting of his true agenda: to raise pure-blood wizards up to rule over all non-magical beings. In an effort to thwart Grindelwald’s plans, Albus Dumbledore (Jude Law) enlists his former student Newt Scamander, who agrees to help, unaware of the dangers that lie ahead. Lines are drawn as love and loyalty are tested, even among the truest friends and family, in an increasingly divided wizarding world.

‘Fantastic Beasts’ was J.K. Rowling’s answer to Potterheads who didn’t want the magic to end even after seven books, eight films, a West End stage play and several other in-universe short stories. As gratuitous as that may have sounded, the first of what will be a five-film spinoff series was delightful in its own ways, including the menagerie of magical creatures which resided in magizoologist Newt Scamander’s briefcase, Newt’s ditzy charm and the soup-ed up 1920s New York City supernatural setting. But in this second outing, much of what made its predecessor endearing is either lost or diminished amidst an assortment of unremarkable supporting characters and their equally unnecessary subplots, as well as a hectic and confusing third act which tries to tie too much of past, present and future together.

As is evident from its title, this instalment is all about the evil wizard Gellert Grindelwald (Johnny Depp), who was captured by the Ministry of Magic at the end of the first movie. Apparently deciding that Grindelwald is more fun out than in prison, Rowling opens the movie with his daring mid-air escape amidst transportation by Thestrals-drawn stagecoach from a New York prison to Europe. What could have been a thrilling IMAX-worthy action sequence full of literal highs and lows on a dark stormy night is unfortunately ruined by rapid edits and a consequently confusing sense of perspective throughout, and those hoping for better spectacle should know that this is as spectacular – and therefore disappointing – as it gets. Grindelwald’s escape energises followers of his pure-blood supremacist movement, united by his vision of ruling over the world’s non-magical population (or No-Majs).

To track him down, the British Ministry of Magic dispatches its Aurors, among them Newt’s more straight-laced and respectable older brother Theseus (Callum Turner) and his one-time love interest Tina Goldstein (Katherine Waterston). Newt himself is enlisted by none other than Hogwarts’ Professor Albus Dumbledore (Jude Law) to go after Grindelwald, although why Albus refuses to pursue Grindelwald himself only becomes clearer much later on. Along for the adventure from the last movie too are Tina’s daffy but loveable sister Queenie (Alison Sudol) and her Muggle boyfriend Jacob (Dan Fogler), whose agreeably eccentric coupling is sadly given short shrift too. Oh yes, Rowling seems more interested here in Newt’s former love and Theseus’ current fiancée Leta Lestrange (Zoe Kravitz), who carries some deep, dark secret that tears at her from the inside.

That’s only the list of people on the good side, and to complement that, we have the return of Credence Barebone (Ezra Miller), who is here accompanied by the sympathetic shapeshifter Nagini (Claudia Kim). Rowling hardly cares that you thought Credence was dead after the first movie, establishing that he had in fact survived with a throwaway line delivered by some inconsequential character to Newt. Grindelwald is after Credence, hoping to harness the Obscurial (otherwise known as a wizard who has repressed his or her magical abilities from young) for his own nefarious plans of world domination. Credence, on the other hand, is driven by a singular sense of purpose – that is, to discover his true identity – and Rowling reserves the biggest reveal at the end of the movie for him (don’t worry, you won’t hear any spoilers from us).

Everything and everyone is linked, and Rowling spends much of the third act revealing whose and whose backstory. The connection between Dumbledore and Grindelwald is intriguing to say the least (especially given the hint of an erotic charge between them), and that between Newt and Leta is rather adorable, but that which binds Leta, Credence and a mysterious French-Senegalese dandy named Yusuf Kama (William Nadylam) is needlessly convoluted and utterly frustrating. It’s no surprise that Newt, Tina, Queenie and Jacob are pretty much wallflowers for this section of the movie, even though she does give let Newt’s loyal green mantis-like Pickett and the duck-like Niffler at least a nominal role every now and then. Depending on how big of a Potterhead you are, you’ll also either lap up the fan-service moments or find them shamelessly manipulative – and if you ask us, we’d say we found the return to Hogwarts and Dumbledore as the Professor of the Dark Arts the former, and the name-drops to McGonagall and Nicholas Flamel the latter.

It is plainly evident that ‘The Crimes of Grindelwald’ finds Rowling still stuck in the world-building stage of the ‘Fantastic Beasts’ canon, adding new characters and finding ways to call back to the ‘Harry Potter’ mythology both for better and for worse. Yet even so, there isn’t much of a compelling story to be had here, which itself suffers from a shocking lack of momentum and pacing. The blame for that falls too on director David Yates, who has perhaps spent too long immersed in both the ‘Harry Potter’ films and now the ‘Fantastic Beasts’ ones, such that his familiarity seems to have clouded his judgment of how to ensure a coherent and engaging film. Rather than act to curb Rowling’s indulgences, Yates gives in fully to them, resulting in a two-and-a-quarter hour episode of a miniseries that packs too much and too little at the same time, disguising its inadequacies with a false sense of urgency.

Frankly put, the magic that was once so gripping in ‘Harry Potter’ and seemed alluring in the first ‘Fantastic Beasts’ movie two years back has arguably faded, so much so that the best the filmmakers could come up with for the climax is a lot, a lot of expensive digital blue flames. Sure, we’re still mildly piqued to see how Dumbledore and Grindelwald will confront each other given their relationship in the past, or how who Grindelwald tells Credence he is unfolds as a potentially fascinating complication. But this movie itself is a letdown, almost feeling as if it were made purely for the sake of stretching the series out as long as it can in order to keep packing them Potterheads into the cinema. It has many crimes of its own mind you, and not as much redeeming qualities, and just so you know where to align your expectations, we’d say this is possibly one of the worst ‘Harry Potter’/ ‘Fantastic Beasts’ films.

(Needlessly convoluted, overstuffed and yet under-developed, there is little fantastic about this second chapter of the ‘Harry Potter’ spinoff series that disguises its inadequancies with a false sense of urgency)

FANTASTIC BEASTS AND WHERE TO FIND THEM (2016)

HARRY POTTER AND THE DEATHLY HALLOWS PART ONE (2010) 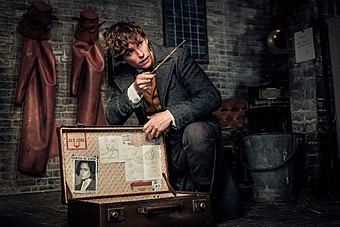 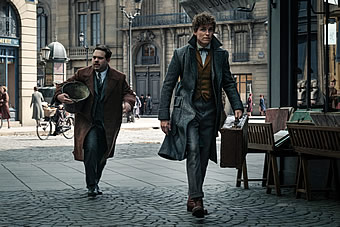 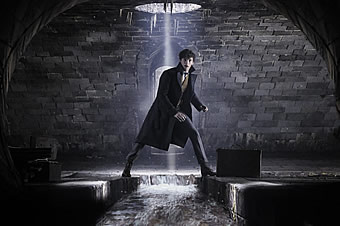 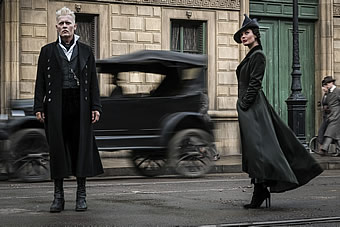 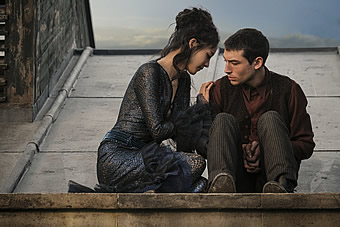 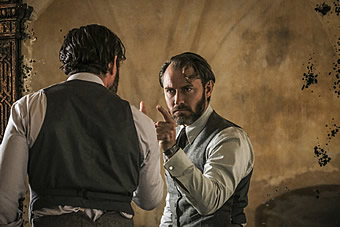