Synopsis: LINCOLN is the story of the final four months in the life of one of the most iconic presidents in American history. This ticking-clock thriller examines the collision between Lincoln and the powerful men of both political parties as he struggled to end the bloodiest conflict the country had ever known, The Civil War -- and change the course of history by ending slavery and restoring the unity of his country. LINCOLN is directed by Steven Spielberg, and stars two-time Academy Award® winner Daniel Day-Lewis as the President – and includes cast members Joseph Gordon Levitt, Tommy Lee Jones, James Spader, David Strathairn and Sally Field.

Steven Spielberg is a director who can do no wrong. And that we know from his impressive filmography. How else would you explain his ability to conjure the movie magic that is so apparent in films like JurassicPark(1993), Saving Private Ryan (1998) and Catch Me If You Can (2002)? Come on, you’ve got to admit as flawed as 2008’s Indiana Jones and the Kingdom of the Crystal Skull was, it is still better than a lot of the Hollywood crap out there. Hence, that is probably why the man has got 15Oscar Best Director nominations under his belt, the latest from helming this historical drama film.

But did this reviewer enjoy the 150 minute epic as much as he hoped to? Not really, simply because he isn’t the biggest fan of history. It also didn’t help that he doesn’t have much interest in American history (he does, however, know that Abraham Lincoln wasn’t a vampire hunter as depicted in Timur Bekmambetov’s version). However, that doesn’t mean this long and dry biopic of one of America’s most respected president isn’t a good film.

The biggest credit goes to, as you would have expected, the leading man Daniel Day Lewis. The 55 year old English actor disappears into the role of Lincoln, and he will have you believe the president himself is on screen, trying his very best to have the Thirteenth Amendment to the United States Constitution passed by the United States House of Representatives. No idea what the whole fuss is about? Go check with Google. In a nutshell, the plot of this film focuses on Lincoln’s final four months of his life, as he attempts to put an end to the civil war in his country.

And thanks to Day Lewis’ astoundingly engaging performance, your eyes will be fixated on him every single time he makes a speech. Having already won several Best Actor awards, he is expected to take home the golden statuette at the Oscars this year. His nomination is one of the 12 the film has received, and that is not really surprising for a production of this nature.

Besides Day Lewis, you can also expect first rate performances from the ensemble, which includes David Strathairn, James Spader, Hal Holbrook and Joseph Gordon-Levitt, who probably is the weakest link for the first time in his career, Standing out from the crowd are Tommy Lee Jones and Sally Field, who this reviewer really hopes can snag the Best Supporting Actor and Supporting Actress accolades at the Oscars.

For those who are not fans of “talky” films, you may find this a drag to sit through. There aren’t many action sequences, and the characters seem to be discussing really serious issues – a lot. But expect production values that is nothing short of impressive, from Janusz Kaminski’s cinematography to Michael Kahn’s editing, and from Rick Carter and Jim Erickson’s production design to John Williams’ score, there is nothing you can fault. And you know why this is so – the film is under the masterful direction of a guy named Steven Spielberg.

(Watch this for the impressive performance by the ensemble cast) 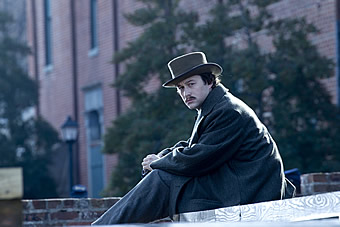 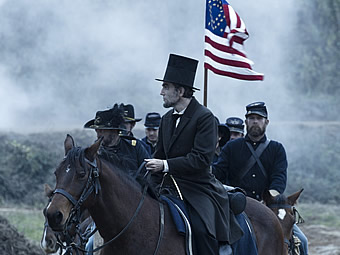 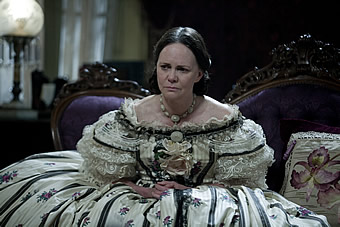 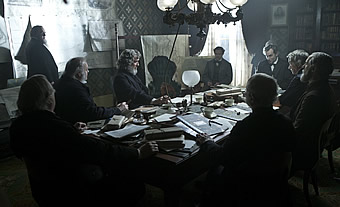 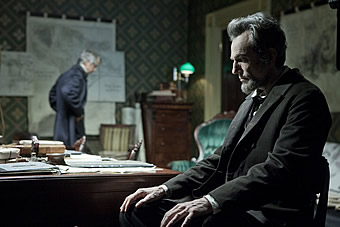