Synopsis: John Patrick Shanley, who created the classic MOONSTRUCK, brings his sweeping romantic vision to Ireland with WILD MOUNTAIN THYME. The headstrong farmer Rosemary Muldoon (Emily Blunt) has her heart set on winning her neighbor Anthony Reilly’s love. The problem is Anthony (Jamie Dornan) seems to have inherited a family curse, and remains oblivious to his beautiful admirer. Stung by his father Tony's (Christopher Walken) plans to sell the family farm to his American nephew (Jon Hamm), Anthony is jolted into pursuing his dreams in this comedic, moving and wildly romantic tale.

The two most common things you will associate with Irish or Ireland is one, Guinness and two, their extreme strong accent. Well, you will definitely find a pint of Guinness plus some bad Irish accents for good measure and plenty of lush countryside in Wild Mountain Thyme.

Belfast born Jamie Dornan and Brit Emily Blunt stars in this rom-com written and directed by Irish-American John Patrick Shanley which in turn is adapted from his own stage play, Outside Mullingar. In case you are wondering, Shanley indeed is a celebrated playwright and screenwriter, responsible for Moonstruck, Doubt and Joe Versus the Volcano. Wild Mountain Thyme marks his return to the big screen after an absence of 12 years. Unfortunately it’s also spectacularly dull.

Rosemary Muldoon (Blunt) and Anthony Reilly (Dornan) have been neighbours since young, living on their family farms across each other that is only separated by a gate. The gist of the story is that Anthony has not been expressing his love for Rosemary for decades despite the fact that both is secretly in love with each other. Anthony is awkward, kind of dorky but hates farming which explains why his father (played by American Christopher Walken) wants to leave the farm to his Yankee cousin, Adam (Jon Hamm).

The introduction of Adam-the-swanky-lad-from-New-York adds nothing of value to the entire plotting except for a brief detour to New York City where Adam takes Rosemary to a ballet performance. There’s no explanation of why a simple country girl liked Rosemary is obsessed with Swan Lake either. So deal with it. And why do they make Christopher Walken’s character narrates the story liked what Leslie Burnham did in American Beauty is puzzling as well.

The movie often feels long, cold and boring. It has dramatic family affairs where we witnessed the passing of every single elderly parent, a wide variety of farm animals, nice Irish music and merciless weather conditions. Everything you expect from a movie that takes place in Ireland except the core romantic tension between the two leads.

Perhaps Shanley is a bit rusty. What comes across as supposedly eccentric and wacky just ended up as plain embarrassment. We are pretty damn sure how things are going to end up in the final act. But first, you need to sit through a prolonged talky scene between Rosemary and Anthony where the latter starts to confess to her why he doesn’t open up his heart to her. And laughingly, one of the reasons given can generate a big “What!” response from the audiences.

Wild Mountain Thyme is a painful story of two lovelorn lovers. It’s not exactly charming nor witty, doesn’t even fall into the typical rom-com category. It’s watchable plainly because of Blunt because she puts in her best even the script doesn’t really require her to do so. Despite being an Irish, Dornan kind of looks out of place. And also, instead of Walken, maybe next time just try to book Liam Neeson. We heard he is Irish too.

(Go get yourself a Guinness and skip this borefest) 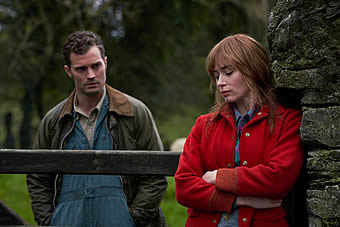 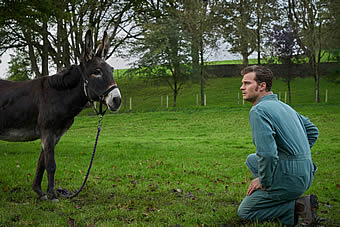 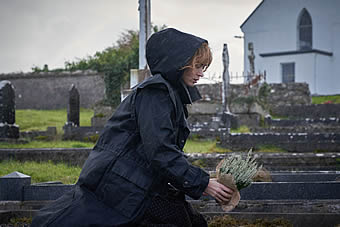 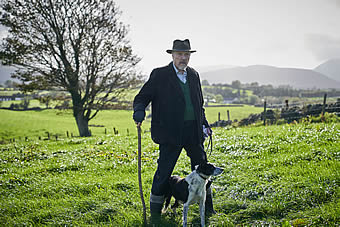 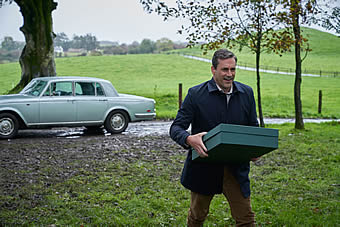 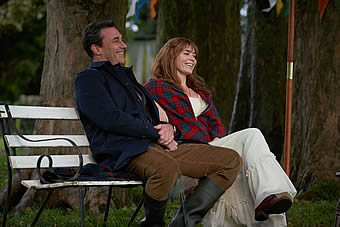