Synopsis: Tae-in, who lost his voice and Chang-bok make their livings cleaning up crime scenes. One day, they are left to take care of a kidnapped girl named Cho-hee, who was raised to be a kind and caring sister, obligated to take care of her brother in a male-orientated family. In fact, she was abducted instead of her brother, because it has always been obvious to stand in for her bother, she manages to keep clam and swiftly read the situation she is placed in. Even when she sees Tae-in cleaning up brutal crime scenes, she keeps her calm, acting the “good girl” inside ger, even taking care of Tae-in’s little sister. Tae-in starts to open himself to Cho-hee, while Chang-bok, who was supposed to come back with Cho-hee’s ransom, becomes uncontactable. Now Tae-in has to go through the situation all alone.

If you’re expecting this to be your typical Korean crime/ action thriller, you’ll probably be sorely disappointed. There is but one fisticuff with a local female police officer, but other than that, no shootouts or vehicular chases in writer/director Hong Eui-jeong’s filmmaking debut; instead, Hong has crafted a low-key and offbeat crime drama which explores the unlikely bond that develops between a mute kidnapper (hence the title of the film) and his 11-year-old victim.

The kidnapper is Tae-in (Yoo Ah-in), who lives with his younger sister in a ramshackle house in the rural countryside. By morning, he and his partner Chang-bok (Yu Jae-myeong) sell eggs at the local market; but by afternoon, they are ‘cleaners’ for a criminal organisation, helping to dispose of the bodies and wiping down the bloodstains at the scene of the interrogation. As you can imagine, Chang-bok is the one who does the talking on their behalf, and whom Tae-in trusts to look after the both of them.

One day, the duo are tasked to babysit a young girl Cho-hee (Moon Seung-ah), whose parents their boss are demanding a ransom over. Alas, in an ironic turn of events, their employer becomes the next body they find themselves contracted to dispose, after having offended his bosses with his sheer arrogance. Not sure just how to proceed, they decide to keep Cho-hee at Tae-in’s house for the time being, while they figure out if and how to return her to her parents.

Contrary to what you may expect, Cho-hee turns out to be a surprisingly perceptive kid able to decipher how best to make use of her circumstances. Than rebel against Tae-in or try to flee, Cho-hee befriends Tae-in’s younger sister and becomes an older sister to the infantile girl, teaching her qualities like self-control and discipline that Cho-hee had not inculcated. Whether Cho-hee truly accepts Tae-in and his younger sister as her new family is left deliberately ambiguous till the very end, but let’s just say that Moon’s performance in this regard is utterly brilliant.

Like we said, there is barely any action to be found throughout the movie; rather, the focus here is on the characters, their motivations and their relationships with one another. Between Tae-in and Chang-bok, it is no secret that the emphasis is on the former, as he is challenged time and again both ethically and emotionally to do what is right by Cho-hee; but even if Tae-in is the indisputable protagonist of the story, it should be said that Chang-bok is not forgotten, and is in fact written a fate that proves to be elegantly poetic.

There is both nuance and poignancy in the bond which develops between Tae-in and Cho-hee, especially on account of how the latter becomes a guardian to Tae-in’s younger sister. The ensuing family dynamics is tender and affecting, sensitively captured through first-time director Hong’s observant eye. It also makes the developments in the last act more compelling, given how the pair end up testing the limits of how much one cares for the other through a series of bad decisions and their inevitable consequences.

You’ll appreciate why Hong’s screenplay made the shortlists at the Venice Biennale College-Cinema and Sundance Screenwriters Lab; it is a well-plotted, character-driven drama with richly drawn characters. But Hong also has the blessings of a committed performance by Yoo, who reportedly put on 15 kg for the role and shaved his head bald in order to fit his director’s approach for the character; Yoo’s acting is even more impressive given how you’d understand him without him needing to speak a single word throughout. And then there is Moon, who carries the role of Cho-hee with poise and perspicacity.

As long as you don’t go in thinking that it is your usual crime thriller, ‘Voice of Silence’ will probably surprise you with its depth and warmth. Call it an indie film if you’d like, but we believe that Hong’s film will endear itself to an audience looking for something mature and heartfelt. It also bodes well for the new filmmaker, whose voice could be a refreshing breath of fresh air for the Korean movie industry. With Hollywood effectively on hiatus due to the pandemic, there is no better time to discover such little gems in world cinema.

(Low-key and offbeat but mature and heartfelt, this crime drama from first-time director Hong Eui-jeong eschew the usual guns and bullets for a character-driven story of surprising depth and warmth) 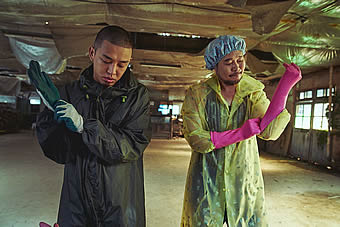 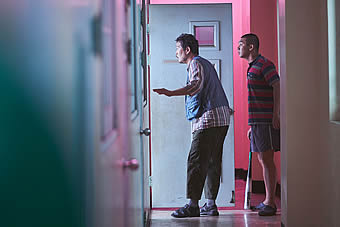 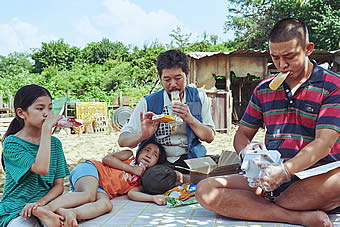 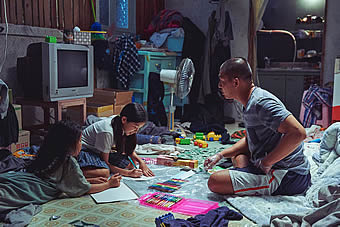