Synopsis: The domestique forces an opening. The escort and support cover. The sprinter seizes the advantage - strikes To The Fore. A professional cycling team moves with the speed and power of military Special Forces. Each member plays a tactical role, motivated by a single strategy. Victory belongs to the team, not the individual.

Race after race, the storied Radiant team, led by the brilliant Korean attacker Zheng Zhiyuan, has become the virtual enemy of all cycling teams. While training, Zheng’s explosive technique and power blow away the rookies Chou Ming and Qiu Tian. They agree to become Zheng’s domestiques to lead the assault on the road for him, creating finish line opportunities. The perfect coordination of the three riders defeats Radiant’s archrival Phantom. When Zheng receives all the accolades of victory for himself, Chou and Qiu realize that there’s only one winner, in spite of their team effort. As domestiques, they’ll never be number one. One year later, Chou and Qiu strike out on their own, each becoming a sprinter, competing head on with Zheng. But because of their own teams’ weak domestiques, they are defeated at each turn. Haunted and trapped between the demons of victory and defeat, the two riders’ paths spiral downward, with no second changes.

After years of aimless wandering, Chou crosses paths with his old teammate Qiu, now down and out, and Radiant’s former team mentor in Taiwan. Their camaraderie rekindles a lost but not forgotten passion for racing. The three form an amateur cycling team, to fight again from the bottom. Chou and Tian no longer compete with each other to be sprinter, instead they rediscover the pleasure and thrill of riding in the old days. When Zheng finds out that Chou and Qiu are competing in a local race, he shows up with his world-class Radiant to wage war on the amateurs, to the shock of the cycling world. The once perfect team of three is once again in competition. This time, however, Chou and Qiu, wiser and more agile than ever, have the ability to alternate between sprinter and domestique, as fighting partners. Can they break down the headwinds and overcome Zheng’s prowess to create a miracle?

Not unlike the fates of the sportsmen that he attempts to portray in ‘To The Fore’, Dante Lam finds himself in an odd stumble after the successive career highs of ‘Beast Stalker’, ‘The Stool Pigeon’, ‘That Demon Within’ and ‘Unbeatable’. Whereas these critical and commercial hits found the Hong Kong auteur right at home amidst the moral complexities of police work and/ or the turpitudes of life, his latest is really a youth-centric drama that is meant to be romantic, light-hearted and inspirational at the same time, none of which are traits typically associated with Lam or his films – and that ill fit ultimately explains why, though impressive in parts, it is on the whole slightly underwhelming.

One can certainly appreciate why Lam was drawn to the world of professional cycling for his next film after the extremely well-regarded boxing drama ‘Unbeatable’; like the latter sport, the former is very much a test of both endurance and willpower, especially given the extreme physical conditions under which some of the races are held. It is also, as we’ve learnt here, very much an execution of teamwork and strategy, where different members of the same team are assigned roles relative to one’s opponents in order to give the designated sprinter the competitive advantage to burst free from the pack and be the first to cross the finishing line – and indeed, it is not hard to imagine how that can easily turn not only into a clash of egos but also a test of one’s ethics in a race to be number one.

To Lam’s credit, his attention to detail and commitment to authenticity is undeniable. From the continental road races in and around various parts of Taiwan to the international circuit in places as varied as China, Korea and even the Tengger Desert, no effort has been spared to ensure that we feel the ardour and grit of the cyclists in overcoming both the physical and psychological odds during the race as well as the precision and coordination that is crucial for any and every team. Not even in Hollywood have we seen any filmmaker been so single-minded in his zeal to portray the sport of professional cycling as Lam, and the fact that he has not compromised on location and scale is reflected in how immersive and intensive every single race sequence proves to be.

That same credit belongs also to his cast, whose training and preparation for their roles in this film have been well-documented by the press in the past months. Thankfully, their effort and perseverance has not gone to waste; in particular, there is no doubting that the actors themselves are in every intimate close-up or medium shot that Lam’s cinematographer Pakie Chan captures of the numerous road races. Simply put, they look, behave and act every bit like a professional cyclist, and no matter their stardom in real life, each turns in a vanity-free performance that accurately and candidly portrays the spirit and  mindset of the sportspeople they are supposed to represent.

As long as the actors and their innumerable extras put their feet to the pedals, the film takes off with unbridled momentum, thrill and sheer exhilaration. But as a work of fiction, there still needs a coherent narrative to string together the fates of these characters played by Eddie Peng, Choi Siwon and Shawn Dou – and that is where Lam falls short. Based on a story by Lam himself, his co-writers Lam Fung and Silver seek to weave a tale of professional rivalry among the bold but cocky Qiu Ming (Peng), the cool-headed but risk-averse Qiu Tian (Dou) and the simply confident Jeon Ji-won (Siwon). Ming and Tian’s rivalry further extend beyond the racing circuit to a mutual love interest in female cyclist Shiyao (Wang Luodan), who is struggling herself to get back into form for competitive racing after a sudden onset of pulmonary embolism.

Anyone familiar with Lam’s oeuvre should know that romance has never been his thing, and the scenes chronicling the love triangle between Ming, Tian and Shiyao filmed MTV-style and featuring some cringe-worthy goofing around by Peng and Dou pretty much demonstrate why that is a genre he should steer clear of. Perhaps more inexcusably, Lam also fails to set up any compelling character drama for each one of his key male cast, such that neither Ming’s relationship with his estranged alcoholic mother, or Tian’s descent from mediocrity to ignominy thanks to illegal performance-enhancing drugs, or Ji-won’s test of ethics after a match-rigging bid by his manager (Carl Ng) fail to build into anything genuinely compelling.

Whereas Lam managed to turn a somewhat conventional story of redemption into something truly poignant in ‘Unbeatable’, he fails to do likewise here, and it is no wonder why we don’t empathise for these characters as much as we should. In fact, the one character which survives caricature turns out to be a supporting one, i.e. Shiyao, whose tenacity and resolve to overcome her physical limitations is probably the only truly moving character arc. The rest is no better than TV-melodrama, and it doesn’t help that his young actors lack similar gravitas as Nick Cheung.

And yet, given the hard work that has gone into prepping, planning and shooting each and every one of the amazing racing sequences, it seems almost petty to pick on the obvious storytelling flaws in the film. Yes, Lam’s achievement as well as those of his cast and crew in these sequences is unequivocal, not least because it demonstrates their unwavering dedication to realism. Unfortunately, the whole is not much more impressive than the sum of these individually impressive parts, and there is no denying too that the film pretty much crawls to a halt when its key players are off the track. And perhaps that is to be expected, for Lam has always done well with everything related to testosterone but not quite so well when it comes to anything else in between.

(Great racing, not-so-great everything else - that about sums up Dante Lam's impressively filmed sports (melo)drama) 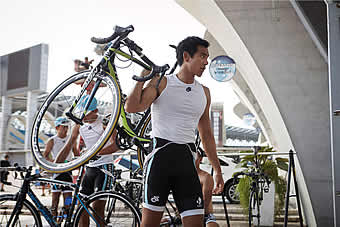 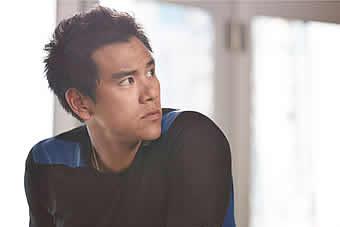 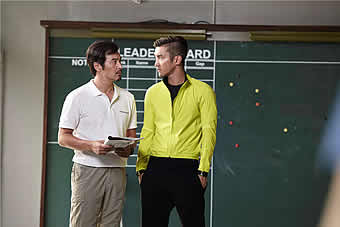 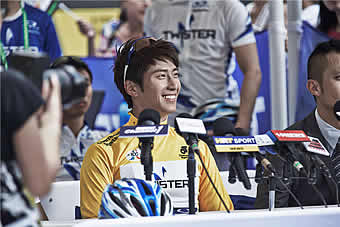 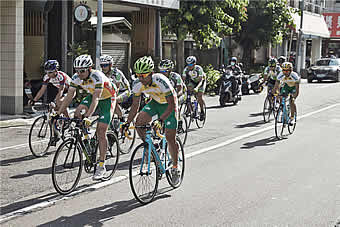 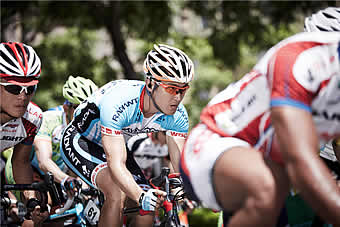 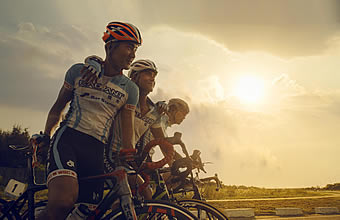 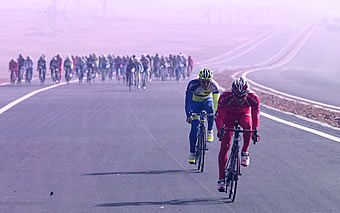