Synopsis: Following his Academy Award-winning film The Theory of Everything, James Marsh directs the incredible true story of Donald Crowhurst (COLIN FIRTH – The King’s Speech, Kingsman: The Secret Service, The Railway Man), an amateur sailor who competed in the 1968 Sunday Times Golden Globe Race in the hope of becoming the first person in history to single-handedly circumnavigate the globe without stopping. With an unfinished boat and his business and house on the line, Donald leaves his wife, Clare (RACHEL WEISZ – The Light Between Oceans, The Lobster) and their children behind, hesitantly embarking on an adventure on his boat, the Teignmouth Electron.

What would it take for you to prove your worthiness in society and to validate your existence on this Earth?

“The Mercy” takes one on a journey of Donald Crowhurst (Colin Firth), a businessman and leisure sailor who decides to join the Golden Globe Race in a bid to save his failing business and to help his family, only to face multiple trying situations, while leaving his wife Clare Crowhurst (Rachel Weisz) to take care of the family.

The film is one of many adaptations of Donald Crowhurst’s hasty and failed round-the-world yacht journey and mysterious ‘disappearance’ towards the end of the race.

This adaptation puts the audience through a whirlwind of emotions, including excitement and inspiration by the lead’s initial determination to embark on the unthinkable journey, nervousness and concern over the lead’s decision to manipulate to cover up for his defeat and grief when he finally took his life, unable to deal with the pressure of failure.

The film also allows the audience to reflect, as the film encompasses various worldly topics that is relatable.  Issues like media and their hunger for speculation, self-reflection and self-worth, coping with loss, death and failure are just some of the many subjects that makes the film ‘colourful’.

The director’s approach to the topic of depression and mental health (through Donald) is mysterious and gradual, making slight references along Donald’s expedition in the sea and eventually creating multiple scenes that engages the audience and put them through uncertainty and then disbelief.  The director also brilliantly used various methods to create illusions and metaphors as a mean of letting the audience decipher the story.

Cinematography is brilliant and combines typical English seaside town landscape with the temperamental erratic moods of the ocean and weather, alongside stunning effects that seem natural and fitting.

While “The Mercy” does take one on an unexpected journey that went from slight enthusiasm to moderate excitement and then emotional despair, one has to admit that the direction and pacing of the film was generally shaky and uncertain, nearly leading to pure boredom especially during the first 30 minutes of the film.

Although pleasant and strong at times, Colin and Rachel seem to be slightly restricted in their portrayal of Donald and Clare Crowhurst and did not seem to be living up to their fullest potential, considering their past achievements and previous works.

“The Mercy” essentially is a pleasing approach to the life of Donald Crowhurst and his attempt at the Golden Globe Race and although the film strangely does not have too much appeal, the audience leaves the cinema with much to learn and explore, but only if the audience is willing to persevere. 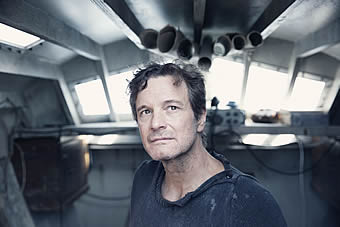 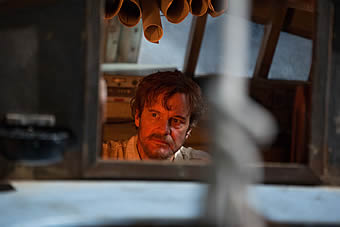 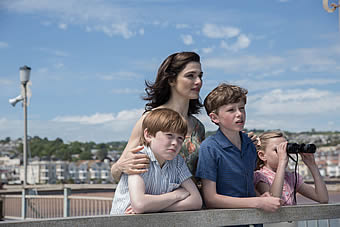 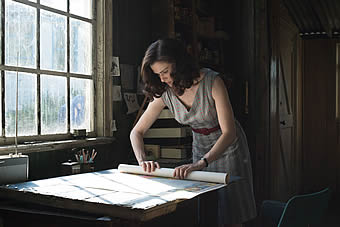