Synopsis: Kern County Deputy Sheriff Joe “Deke” Deacon (Washington) is sent to Los Angeles for what should have been a quick evidence-gathering assignment. Instead, he becomes embroiled in the search for a serial killer who is terrorizing the city. Leading the hunt, L.A. Sheriff Department Sergeant Jim Baxter (Malek), impressed with Deke’s cop instincts, unofficially engages his help. But as they track the killer, Baxter is unaware that the investigation is dredging up echoes of Deke’s past, uncovering disturbing secrets that could threaten more than his case.

If not for the crackling star power of three Academy Award winners – Denzel Washington, Rami Malek and Jared Leto – ‘The Little Things’ would probably be a complete washup. As it turns out, this neo-noir serial killer thriller, written by its director John Lee Hancock 30 years ago, is neither satisfying as a procedural or as a character study, even as it disguises itself as the former before shifting gears midway to the latter.

Ironically, it is much more intriguing as a procedural, beginning with a tense scene of a young woman driving alone in the middle of the night who is taunted by  mysterious driver on a highway near Bakersfield. The setting as we are told is October 1990, when we are introduced to Joe ‘Deke’ Deacon (Washington), a lowly sheriff’s deputy in Kern County who is dreading his latest assignment of driving back to his old haunt of Los Angeles to collect a piece of evidence for an impending trial.

Deke’s visit coincides with a string of murders that bear resemblance to that which occurred while he was a homicide detective some years ago. His former colleagues are none too happy to see him around, and as expected, Deke’s past will be a major revelation later on plotting-wise. On the other hand, his hotshot successor Jim Baxter (Malek) is bemused at the reception for Deke, and sees no harm asking Deke to tag along when a new case is called in.

There is an exciting tension between them at the start – one a weary and wounded veteran who for his own reasons is both eager and yet afraid to get back into the game; and the other an up-and-rising star in the department whose reputation and public image hangs on whether he is able to crack the case. Deke’s own investigation unfolds like a procedural with simmering atmosphere, and becomes something else altogether when he zeroes in on Albert Sparma (Leto), a repairman who works at an appliance store in close proximity to the latest murder.

Despite their initial scepticism of each other, Deke and Baxter team up to conduct their own surveillance of Sparma; and as it turns out, Sparma relishes the attention as well as the opportunity to run rings around both detectives. While their cat-and-mouse is initially to determine if Sparma is indeed responsible for the murders, the third act turns it into something entirely, focusing instead on the intense obsession which both Deke and Baxter develop to simply nail their prime suspect.

Oh yes, it should be said for those expecting to get some resolution at the end whether Sparma is the culprit that the movie ultimately offers no clear answer. Instead, as we stated at the start, it becomes a movie about the psychological toll of police work on both our protagonists in equal measure – that which had caused Deke to suffer a divorce and triple bypass on the job within six months before he left, and that which threatens to afflict and consume Baxter now, sucking him away from his wife and two daughters into a murky abyss.

That shift in gears is sadly not compelling or convincing enough. Despite Washington’s signature brooding, there is only so much the actor can do to portray his character’s tormented nature, especially amidst hokey techniques such as having him imagine the dead whose murders he had failed to avenge stare back at him. Malek’s character is also underwritten, and it isn’t clear why he becomes so absorbed in the case as Deke is. And for that matter, it is also just as ambiguous why Sparma enjoys provoking his foils, aside from the fact that he is probably already a psychopath to begin with.

The interplay among these characters is hardly sufficient to justify the grim climax, which tries to be as shocking as the twist in ‘Se7en’ but falls way short. Fundamentally, we are never quite sold on Baxter’s transformation, the sense of camaraderie that supposedly binds Deke and Baxter due to their circumstances, and therefore how their fates are eventually mirrored. As much as the title tries to make it about ‘the little things’, there is ultimately not ehough detail for us to be won over by the sudden turn at the end.

Perhaps it is telling why even such auteurs as Steven Spielberg and Clint Eastwood that had attempted to crack the screenplay did not manage to do so, and those shortcomings are compounded by Hancock’s deliberate pacing that runs slightly over two hours. Frankly, we would have very much liked to look forward to a good old serial killer thriller, but ‘The Little Things’ hardly offers any genre thrills or character-driven drama it promises. And therefore, like its title suggests, it ends up being a slight, trivial and inconsequential addition to a genre that has no lack of classics or more worthwhile predecessors.

(Neither thrilling enough as a procedural or compelling enough as a character study, ‘The Little Things’ ends up being a slight entry into a genre that has no lack of better and more worthwhile predecessors) 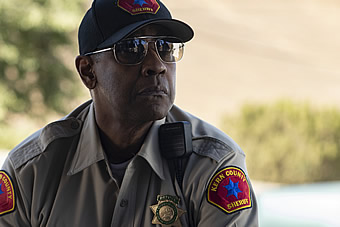 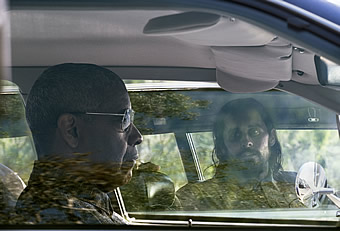 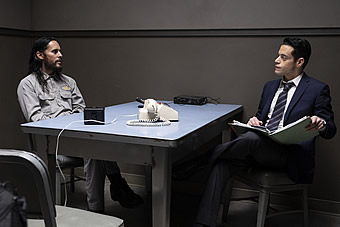 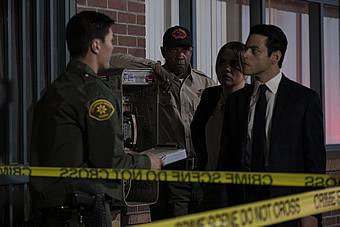 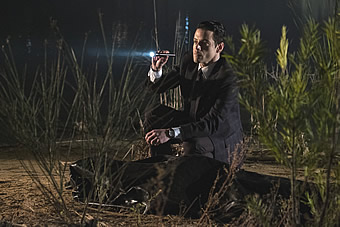 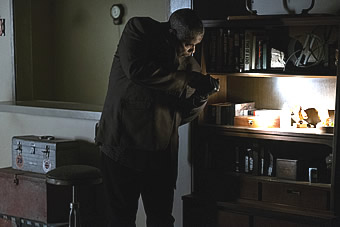