Synopsis: In a haunted mansion, where a whole family was killed brutally by the father years ago, exists the ‘Mosien’: little demon. The neighbor decides to hire an exorcist: Mr. Lin Chih-Cheng a.k.a. Master Tiger (Taoist God) to cast out the demons and make their nightmare stop. After the exorcism, the Mosien is sealed in the body of a fish; moreover, Chih-Cheng and his disciples fry that fish so that the little demon can be killed forever. On the other hands, Chia-Hao tries to win a video competition so that he can use that award bonus to take his mother: Ya-Hui, who is distressed by her divorce, for a mini vacation. Therefore, on the same night, Chia-Hao secretly sneaks into the mansion and videotapes the whole exorcism ceremony. Moreover, after the group is gone, Chia-Hao surprisingly finds a baby fish emerging from the corpse of the fried fish. Out of curiosity, he takes that baby fish home and put it in a fish tank, which is the beginning point of his own nightmare... With that fish at home, a series of strange incidents happen, notably the crazy behavior Ya-Hui displays. Chia-Hao is extremely frightened and runs to Chih-Cheng for helps. When Chih-Cheng and Chia-Hao rush back home, they find out that Ya-Hui is gone, along with that fish, with only a trace luring them into Lantan, where the ‘Mosien’ inhabits... In the end, can the Master Tiger rescue Chia-Hao’s mother from The Devil Fish?

Urban legends have a way of getting under our skin, primarily because they draw their horror from the familiar. Shared over lunch or gone viral on social media, these modern lore stay in limbo - suspended between reality and the supernatural, as people debate their authenticity.

Like the popular Tag-Along franchise, The Devil Fish is based on another whispered Taiwanese legend. A man was eating a fish he caught by the river, when he starting hearing voices and then noticed what looks like a face on the fish. He died tragically soon after, sparking rumours of demons and possession. The production team decides to inject this tale into The Devil Fish as a prequel to their franchise, expanding upon their universe with more horrifying entities. But it seems like things are getting a little too slippery for the company.

It’s not that The Devil Fish is a bad piece of work - even though I was certain the movie was bordering 150 minutes (it was only 114) - but the film clearly bit off more than it could chew, as it tried to make everything bigger and “better” than before. Not only were there too many storylines vying for attention, the disconnect between the main two plots splinter The Devil Fish into a confusing mess, with shots bouncing between the many characters, and dissipating any motivation, and sometimes, tension.

Mr. Lin Chih Cheng (Cheng Jen Shuo) is the local Master Tiger Priest, and a bizarre family massacre has unnerved the community. Chih Cheng’s cop friend brings the murderer to him, convinced that he’s possessed, and the priest agrees. But he also senses that the demon within is stronger than him, and cautiously agrees to do what he can. The reason? The Tiger Deity hasn’t possessed Chih Cheng after his wife’s death, leaving his powers diminished.

By luck, he manages to trap the demon back into a fish, but unbeknownst to him, a schoolboy trying to film the whole process for a class competition picks up a baby fish that the “dead” fish spits out, and brings it back home. One can only imagine why.

It would seem that David Chuang, as a relative newcomer doing his first horror feature, has no idea too. He directs the film almost robotically, playing out scenes as sequences with no real control over progressions or motivation. There’s plenty of moments when I wonder what made one character run into the woods, digging up a grave, while another just completely disappeared after being introduced as a caretaker of a secret child.

The director, a relative newcomer with his first horror feature, seems to have a very limited repertoire in his understanding of the genre. The movie is filled with scenes of creeping about. And scares almost always have a pre-scare. It’s hard not to notice the repeated formula, and when repeated ad nauseum, makes for a draggy watch.

With one story focusing on Chih Cheng’s single fatherhood woes, another on the schoolboy and his recently-divorced mum’s mental condition (Vivian Hsu), and finally the family story of the murderer inside The Devil Fish, we begin to lose focus, and our vested interest fades.

The film retains much of the franchise’s draw - the wonderful delivery of Taiwan’s local Taoist (and sometimes animistic) traditions and beliefs. The effects are also there and mostly good, minus a few surprisingly amateurish ones. And while blending family tragedies with supernatural folklore is a timeless recipe for a satisfying horror piece, it requires a strong core agenda and continuous flow to keep things moving and more importantly, scary.

(Promising urban legend featuring a fish, flops badly with overstuffed, yet disconnected script. Saved only slightly by decent performances from the actors) 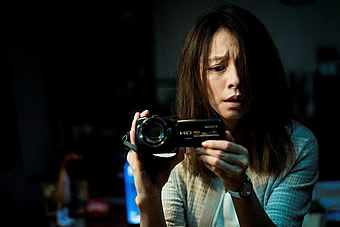 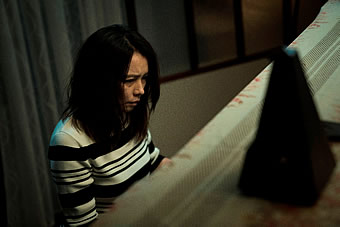 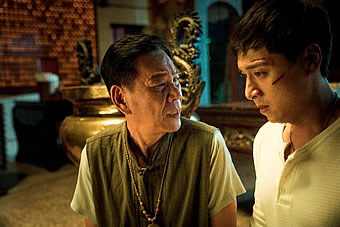 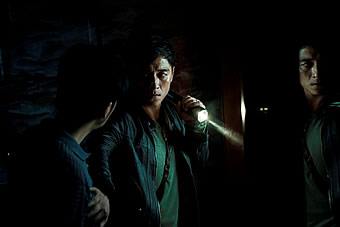 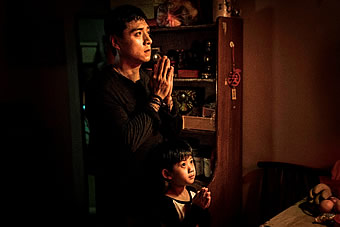 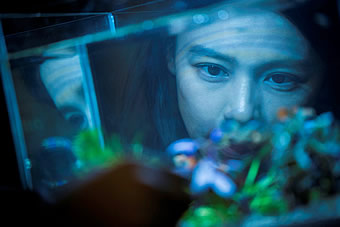