Synopsis: Online fashion model Hyo-jung faces the imminent threat of being unemployed because of the younger and more fashionable generation coming after her. While relying on surgical procedures and treatments, Hyo-jung hears about a mysterious yoga class that helps make perfect body shape from her old high school classmate, Ga-young. Hyo-jung eventually attends the yoga class with three classmates: Mi-yeon, a boxer who failed to keep her body fit, Ji-won, who has an unstable mental condition, and Ye-na, a movie star who is morbidly obsessed with her appearance. Meanwhile, police start to investigate the enigma behind this yoga class after finding out that a murder in the neighbourhood was committed by a woman named Bo-ram a former student of the yoga class...

With all the societal pressure to look good in South Korea, especially when set against such demanding standards, it’s always heartening to see the media tackling the topic. And what better way to exemplify obsession than with the horror genre? Similar to this year’s earlier Beauty Water, the chase for attractiveness leads only to gory ends in The Cursed Lesson.

Unfortunately, this rendition falls a little short of its intended impact, when it sacrifices emotional investment for showy displays and genre cliches.

Commercial model Hyo-jung (Lee Chae-young) is feeling every bit the effects of aging, even though she remains extremely attractive with huge limpid eyes and an elegant mien. She is losing jobs to younger models and her doctor is limiting her treatments, citing health reasons and hinting of an addiction.

Through a meeting with an old classmate, Hyo-jung finds out about a premium and exclusive yoga studio, Kali, that practises a transformational method that literally reshapes one to an enviable new self. You can imagine how things go, given that promise.

When the model arrives and meets three other participants, she begins to also experience strong hallucinations of serpents and a particular diseased friend. Between the disturbing visions and the incredible effects of the kundalini yoga she takes on, Hyo-jung finds herself torn between her options to stay or to flee.

Maybe this has to do with the fact that there are two directors (Kim Ji-han and Juhn Jai-hong) credited for the production. Although it’s unlikely they did this in isolation of the other, the film does oddly feel like it flits between two treatments.

This is especially apparent between the two halves of the feature, with the earlier segment carefully set-up andd the second half devolving into a psychotic frenzy. The story suffers a bit of the bipolar traits the lead exhibits, occasionally more sinister when tapping into the practise of the studio, but mostly wasting time on repeated shots of Hyo-jung looking haunted and waking up frightful. Worst thing is, she never really does anything concrete resembling logic, and so she becomes more of a tool to lead the viewer through the many oddities of Kali yoga studio.

A huge missed opportunity is in her interactions with her classmates. One a kickboxing athlete, one a fading actress, and another a timid ingenue, they would have provided good dynamics for exploration if only the directors had chosen to go that way. With how it was presented, each character, including the staff at the school, become more individualistic placeholders than actual players moving the story along.

And though not many horror titles boast of a good ending, this one was so sudden and convenient, it just left me scratching my head.

(Tackling a worthy message but failing to really make a point, this twisty tale fails to move) 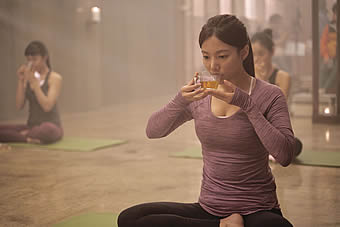 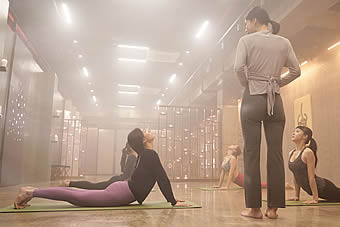 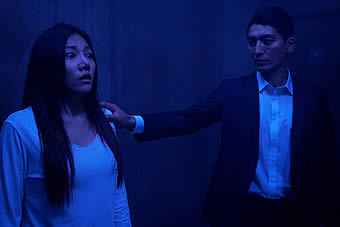 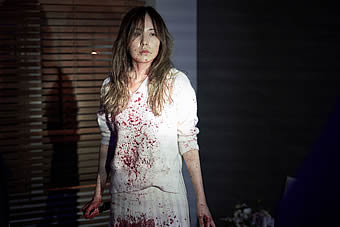 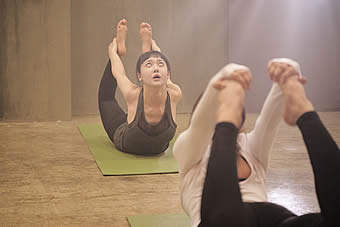