Synopsis: "Lee Daniels' The Butler" tells the story of a White House butler who served eight American presidents over three decades. The film traces the dramatic changes that swept American society during this time, from the civil rights movement to Vietnam and beyond, and how those changes affected this man’s life and family. Forest Whitaker stars as the butler with Robin Williams as Dwight Eisenhower, John Cusack as Richard Nixon, Alan Rickman as Ronald Reagan, James Marsden as John F. Kennedy, Liev Schreiber as Lyndon B. Johnson, and many more. Academy Award® nominated Lee Daniels ("Precious") directs and co-wrote the script with Emmy®-award winning Danny Strong ("Game Change").

This American historical fiction drama film is a calculated piece of work. After all, director Lee Daniels knows how the game is played – he produced Monster’s Ball (2001) which gave HalleBerryher Oscar statuette, and Precious: Based on the Novel “Push” by Sapphire (2009) which made Mo’Nique a Best Supporting Actress.

Phew, listing the notable actors in this 132 minute movie is one mean feat. Based on Wil Haygood’s Washington Post article “A Butler Well Served by This Election”, the plot is loosely inspired by the real life Eugene Allen who worked for the White House for 34 years until he retired as the head butler. The movie’s protagonist Cecil Gaines sees how Americachanges as he serves eight American presidents through the civil rights movement, the Vietnam War and other major historical events that eventually affect his life, family and the society.

Whitaker (an Oscar Best Actor for 2006’s The Last King of Scotland) is perfect here. You see how he portrays a man who goes through trials and tribulations as dramatic changes sweep the American society, while he stands firmly rooted to his principles and beliefs. We are not surprised by the actor’s stellar performance here, considering how the 52 year old has constantly impressed us with his acting in movies like 2002’s Panic Room, 2008’s Vantage Point and 2009’s Where the Wild Things Are. We won’t be taken aback if he nabs another Academy Award nomination next year for his pitch perfect performance in this movie.

We haven’t seen Whitaker’s co star Winfrey starring in movies (she has done quite a bit of voice acting in films like Charlotte’s Web, Bee Movie and The Princess and the Frog), and her commendable performance here may be rewarded during the upcoming award season. While the 59 year old still exudes the celebrity aura in this role, there are some heart wrenching moments which may move some viewers to tears.

The cameo appearances, if anything, are fun to watch. Audiences will constantly be entertained as Williams, Marsden, Cusack, Schreiber and Rickman appear on screen to play the respective historical figures. It helps that these actors deliver competent performances, which makes the more than two hour viewing experience worthwhile. This is especially crucial when Danny Strong’s script may sometimes seem unfocused, a result of having to cover too many themes in one movie.

That said, there are some affecting moments which make this potential big winner at movie awards a must watch. That probably explains the movie’s box office success – a whopping worldwide $129 million earning against its $30 million budget. Yup, Daniels and the The Weinstein Company (the big honcho in movie making business) sure know how to play the game, and in this case, it sure is played well. 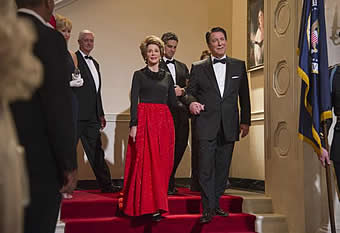 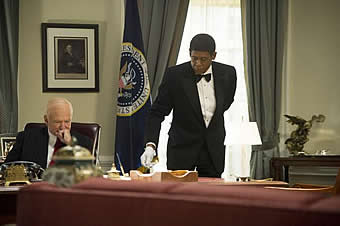 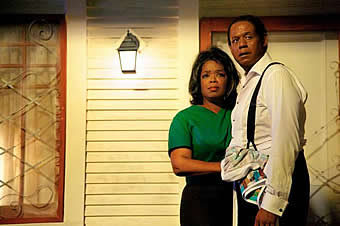 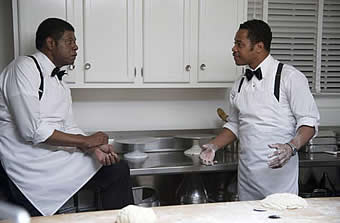 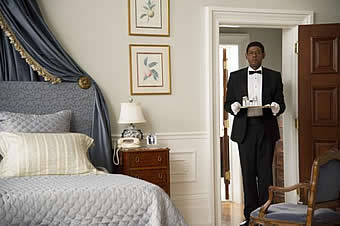