Synopsis: In the fame-obsessed world of Los Angeles, a group of teenagers take us on a thrilling and disturbing crime-spree in the Hollywood hills. Based on true events, the group, who were fixated on the glamorous life, tracked their celebrity targets online, and stole more than 3 million in luxury goods from their homes. Their victims included Paris Hilton, Orlando Bloom, and Rachel Bilson, and the gang became known in the media as “The Bling Ring.”

Since her debut film “The Virgin Suicides”, and through “Lost in Translation”, “Marie Antoniette” and “Somewhere”, Sofia Coppola has been a divisive filmmaker lauded by some for her stylish dreamy mood pieces and criticised by others for being shallow and superficial. Her fifth feature, loosely based on real-life events that took place in 2008 and 2009 which was the subject of Nancy Jo Sales’ Vanity Fair article, is no different - while some may find it luridly compelling, others will no doubt call it vapid.

Yet in this case, we are inclined to see it as a perfect example of how art imitates life - how else will you describe the group of Southern California teenagers - four girls and a boy - who broke into the homes of Hollywood celebrities like Paris Hilton, Lindsay Lohan, Audrina Patridge and Rachel Bilson and made off with over $3mil worth of dresses, shoes, watches, sunglasses and even underwear? Can you blame them though? After all, wouldn’t it be logical to assume that they would crave exactly what defines the celebrity-worshipping, materialistic culture they were born and bred into?

But their sociopathy extends far beyond their yearning for designer swag - “let’s go shopping!” says one of the teen girls before breaking in and helping herself to whatever catches her eye, revealing nary a hint of compunction. Such is the psyche of these dysfunctional kids, who assume it’s OK to steal from the rich and wear their spoils around town, even boasting about their exploits ever so casually to their schoolmates and friends. Even more baffling is how they seek to justify their behaviour in post-trial interviews to a Sales-like reporter - all but one so conveniently blame either the environment or their peers, pulling the sympathy card to deflect responsibility for their actions.

Indeed, it might certainly be tempting to frame their story as either satire or critique, but Coppola avoids any hint of irony or outrage in her telling. Rather, she observes their actions, words and thoughts with cool detachment, casting no judgment upon her characters even though that may seem the easy or logical thing to do. Coppola’s filmmaking is also admirably attentive to the details of their lives - including Nicki (Emma Watson) and adopted sister Sam’s (Taissa Farmiga) home-schooling by the former’s mother (Leslie Mann), shy new kid Mark’s (Israel Broussard) desire for acceptance from the exciting and beautiful Rebecca (Katie Chang), and most significantly the innate fear and hunger in every teenager to stand out from their peers.

Trusting her audience to make up their minds on their own, she offers more than enough for one to discern her characters’ lack of conscience and consciousness at what they are doing. Yes, one reason why these sociopaths prove so bewitching to watch is their utter naivety - not only do they take no precautions by wearing any face masks or gloves, their post-spree ritual consists of heading off to some expensive nightclub with their stolen ‘bling’ on and around them and posting tons of photos on Facebook and Twitter.

Careful also never to revel or endorse the sort of lifestyle they represent, Coppola however aims to evoke an aesthetic in her filming which epitomises that which her characters seek for in their nocturnal pursuits - in particular, a near-wordless scene filmed by the late cinematographer Harris Savides has us watching from a distance while Rebecca and Mark burglar a hillside home set against the Los Angeles Basin, projecting a sensual attraction much like a bejewelled palace that her protagonists must have felt. There will certainly be those who disagree, but Coppola’s style ultimately makes them teenagers more relatable - precisely because we realise for ourselves how easily it is to get caught up in the pursuit for beauty and fame.

That visual panache isn’t all the movie has going for it; Coppola also gets sterling performances from her teenage cast. All eyes will likely be on Emma Watson, who post-Hermoine proves that she can as easily slip into another decisively different role which requires her to be the exact opposite of who she was in ‘Harry Potter’. But we surmise that the real standout here will be Katie Chang - arguably the ringleader of the group and perhaps the most brazen of the lot - and with poise and beauty, it’s mesmering to see how she manipulates Mark to do her bidding.

Like we said at the start, ‘The Bling Ring’ will certainly be as divisive as the rest of Coppola’s works. Perhaps more than before, there will be detractors who chide the movie for being just as vacuous as the characters in them; and yet, below its sleek shiny surface lies a certain integrity Coppola adopts in her filmmaking that is worthy of praise and admiration. Right till the very end, she sticks to playing it as it is, offering little comfort to those who indulge in the same materialism as her characters or those who decry it; yet this chronicle of American culture gone wrong is magnetic all the way through, a riveting watch that we enjoyed immensely. 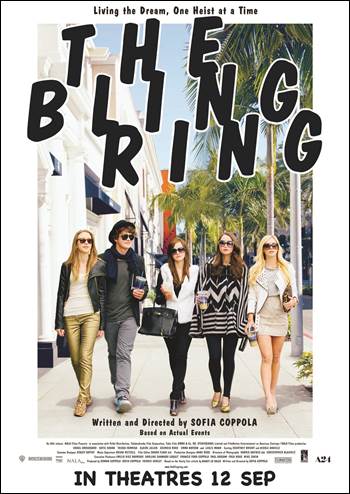 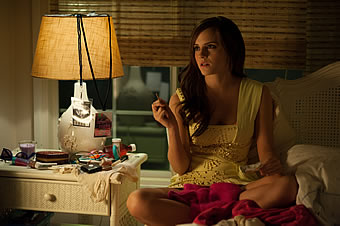 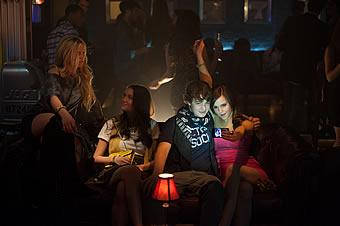 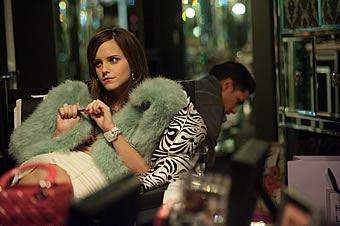 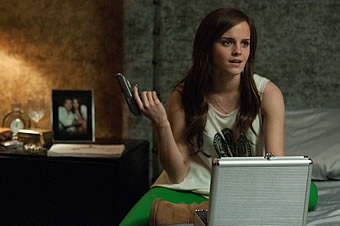 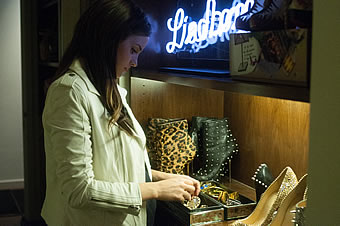 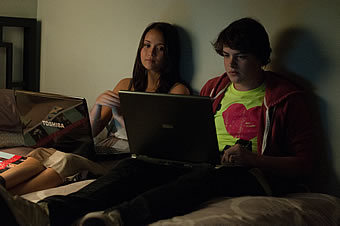 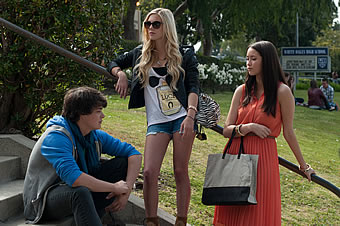