Synopsis: Four sexy college girls plan to fund their spring break getaway by burglarizing a fast food shack. But that’s only the beginning... At a motel room rager, fun reaches its legal limit and the girls are arrested and taken to jail. Hungover and clad only in bikinis, the girls appear before a judge but are bailed out unexpectedly by Alien (James Franco), an infamous local thug who takes them under his wing and leads them on the wildest Spring Break trip in history. Rough on the outside but with a soft spot inside, Alien wins over the hearts of the young Spring Breakers, and leads them on a Spring Break they never could have imagined.

It’s tempting to try to read more into Harmony Korine’s candy-coloured teenage movie, and indeed many have already praised it for being a savage social commentary on the younger generation’s pursuit of hedonistic pleasures. But there is a thin line between adulation and satire, and unfortunately Korine’s exercise of style over substance means that it’s not easy to recognise whether he is in fact embracing or criticising the very hedonism his movie portrays.

No matter though – if there’s one thing we’re sure you will agree on, it is that there is something hypnotic about it, an oddly engaging quality that draws you in right from the get-go. That isn’t just about, as the poster promises, the ample display of bikinis, breasts and booze; aside from these superficial pleasures that are surely to please the male gender, Korine uses several stylistic flourishes to lend his movie a certain hallucinatory feel, giving you a heady high as if you were there engaging in the same pleasure-seeking rituals as the four female protagonists.

With able assistance from Benoit Debie’s vivid cinematography, Korine ensures that every shot of the movie is alluring – whether the daytime sun-soaked exteriors or the neon-bright splashes in the night – and perhaps even more so with the handheld camerawork. Instead of sticking with a usual linear narrative, Korine adds brief flash-forwards and flashbacks to keep you guessing how the shots piece together. That intrigue is complemented by a bravado electronic score by Cliff Martinez and dubstep musician Skrillex, the effect of which is no less mesmerising than that of Trent Reznor and Atticus Ross’ work on ‘The Social Network’.

It’s a pretty neat technical package to say the least, but more discerning viewers won’t take long to recognise that all the visual trickery might be to disguise a paper-thin story that borders on narcissism. True to its title, Korine’s own screenplay follows Faith (Selena Gomez), Candy (Vanessa Hudgens), Brit (Ashley Benson) and Cotty (Rachel Korine, or Harmony’s real-life wife) as the four Southern college girls take off for spring break in Florida. Like a ‘Girls Gone Wild’ short padded to feature-length, there are countless sorts of titillation with drugs, drinks and all other sorts of debauchery.

Adopting the girls’ own hazy, hyped-up viewpoints at this stage, Korine continuously repeats certain lines of dialogue to emphasise the ecstasy his characters are feeling – and though meant as an artistic technique, it is also likely to reinforce criticism that his movie is in fact running on empty. Things start to get serious – or not – when the four co-eds are arrested for narcotics and made to spend a night in lockup wearing just their bikinis. Hauled before a judge who serves them another night in jail unless they make bail, they are unexpectedly sprung by a local gangsta rappa named Alien (James Franco).

Alien wants them for his own criminal enterprise, so he brings them back to his beachfront crib where he promptly proceeds to brandish wads of cash, bricks of dope and high-power weaponry. Faith is the first to get cold feet, her Christian upbringing hinted at only the start at odds with Alien’s sleazy lifestyle; next to bail is Cotty, after being wounded by Alien’s best friend turned business rival Archie (Gucci Mane); and that leaves Brit and Candy for the inevitable showdown between Alien and Archie where they boldly don pink ski masks and wield AK-47s while in their bikinis.

It’s cartoonish to say the least, even more so for the fact that the dozen or so bodyguards Brit and Candy gun down without compunction seem to be too distracted by bouncing white flesh to shoot straight, so much so that Brit and Candy survive with nary a wound on their bodies. Not a single bit of it ultimately rings true, undermining the assumption – which might perhaps be its ambition after all – of being more than a portrayal of youthful excess that suffers from its own excessive self-indulgence.

Yet to give credit where it’s due, Korine does manage to exhibit some flashes of brilliance. Early on, Brit, Candy and Cotty’s daring robbery of a Chicken Delight to get them enough money for their trip is shot in a beautiful glide-by tracking sequence. Even more memorable is a peculiarly poignant shot of Brit and Candy standing in their bikinis next to Alien crooning a heartfelt cover of Britney Spears’ ‘Everytime’ while playing the piano. And then of course, there is Alien himself, a white caricature of a creation sporting cornrows, gold teeth and a dollar-sign neck tattoo who is nevertheless difficult to take your eyes off.

Thanks to a wonderfully eccentric performance by Franco, Alien is quite something altogether, both funny and disturbing in equal measure and delightfully loopy. Not even in his previous collaborations with foul-mouthed comedians (e.g. Jason Segel and Seth Rogen) have we seen him this energised, and even with less flesh on display, he steals the show from the young nubile actresses. Of the four, none particularly stands out on her own, and when the novelty of watching former Disney girls Gomez and Hudgens break out of their goody-two-shoes mould expires, you’ll realise that whether actor or character each is just as vapid as the next.

And perhaps you’ll also be inclined to say the same about the movie, which we warn you, you’re likely to either love or hate. Those familiar with Korine’s method however will know that he makes no apologies for it, so if you’re a fan, then you’re likely to think it edgy and subversive. Still, there will be those who see it as a very product of hedonism that it aims to depict, especially in how Korine’s camera slowly lingers over gyrating flesh as if he were a sleaze monger. Being polarising is not a bad thing in itself, but our suspicion is that Korine wanted to have his cake and eat it, i.e. to offer the same pleasures that it decries. We’ll leave you to your opinion of that; but if you’re keen to check this out, then at least on the promise of parading skin, Korine delivers on that count. 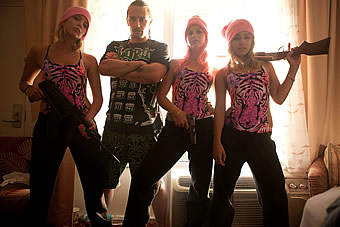 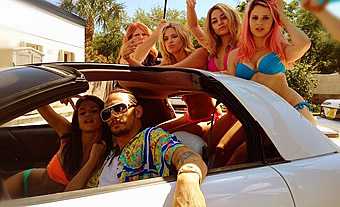 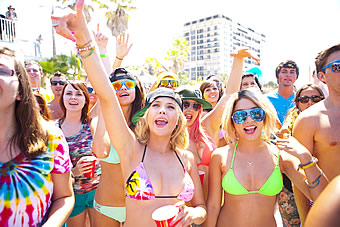 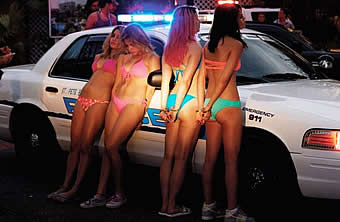 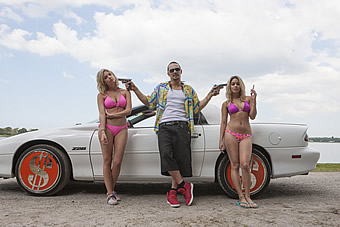 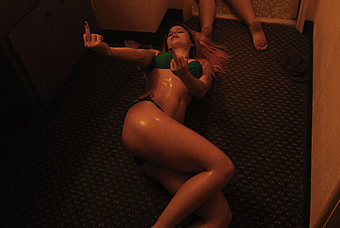