Synopsis: Director Simon West and Nicolas Cage re-team for the first time since "Con Air" for "Stolen," a fast paced action thriller set during Mardi Gras in New Orleans. Will Montgomery (Nicolas Cage) is a master thief who after being double-crossed in a heist gone awry is sent to prison for 8 years. Upon his release he’s ready to leave his criminal past behind and try to rebuild a relationship with his estranged daughter Allison. The FBI and his old cohorts believe that he hid the loot from the last heist 8 years ago, $10 Million in Bonds. To get his hands on it, his old partner Vincent (Josh Lucas) kidnaps Allison and demands the entire $ 10 Million as ransom. Keeping her in the soundproofed trunk of a Taxi Cab, he’s able to stay mobile amongst the throngs of taxis out during Mardi Gras day making it nearly impossible to find. Montgomery only has one day to get the $10 Million ransom but much to the disbelief of the FBI on his trail and Vincent, Will doesn’t actually have it. Instead, he must trust his instincts and his old partner in crime, the beautiful, sexy and smart Riley (Malin Ackerman), to do one more clever heist to get his daughter back alive before it's too late. .

At a time when eminent action stars are few and far between, Nicholas Cage stands tall – and not just because he has been imposing a brooding presence on the screen. The 48-year-old actor has been working tirelessly for the past three decades, skimming across a multitude of leading roles as far ranging as a demon vigilante in Ghost Rider and an alien mystery solver in Knowing and as conservative as an assassin in Bangkok Dangerous and a violent gangster in Face/Off that it feels like he’s on the cusp of retiring, yet he’s still making movies at a rate that nearly any other legitimate action star couldn’t hope to match. This unflagging energy has earned him a place beside Sylvester Stallone in the upcoming The Expendables 3.

So whether you should expect something groundbreaking from a man who has featured in over 70 movies and is gradually approaching the end of a long and storied career is really the clincher here. Stolen, then, is in many ways representational of Nicholas Cage: it isn’t anything that we haven’t already seen several times, but as far as damsel-in-distress movies go, it’s one of the best, striated with enough action, tension and wit to erase the eye-popping poster headlines and make us forget that this is some sort of shameless pastiche of Liam Neeson’s multi-million hit Taken from 2008. Not that the accusation is something to be ashamed of, but it’s certainly a mark of ingenuity when a movie is more Taken than Taken.

To be sure, some of the basic plot points are pulled directly from Taken. Nicholas Cage plays Will Montgomery, a bank robber whose accomplices abandon him after a heist goes awry one night. Released after spending eight years in prison, Will is confronted by former partner in crime Vincent (Josh Lucas) who asks for his share of the $10 million that was stolen eight years ago. Unfortunately, the money has already been burnt during the night of arrest and Vincent resorts to kidnapping Will’s daughter. Will must now beat the time to find and rescue his daughter or perform one last bank robbery to get the $10 million required to pry his daughter from Vincent’s grab.

The conclusion is a simple guess away for anyone who has ever watched at least a few action movies in the past decade, but the focus has never been on the ending as much as it is on the journey to the conclusion. For a moment, there seems to be a promise of more karate chops to the neck when Will picks up the call from his daughter’s kidnapper and utters the menacing words, “I want to talk to her – now!” But Stolen is far less grounded in Liam Neeson’s ‘very particular set of skills’, preferring to approach the rescue from a Sherlock Holmes’s standpoint. This creates an intriguing mix of detective work and bits of pure brutality that are required to achieve the former.

What we have here is a more restrained version of Taken and while that may sound diametrically opposed to the idea of what makes a great action movie, it isn’t. Stolen involves a fair bit of strategy on the part of the rescuer, planting Will’s actions in more purpose and aim. Every inch of hope is felt here not because Will goes from door to door like an ice-cream salesman, busts down doors and clashes with henchmen who may have no answers to his daughter’s whereabouts, but because every place or every person Will visits and meets is guaranteed to yield a clue. When all else fails, there’s always the option of robbing a bank to fund the ransom.

Without giving much away, let it be clear that director Simon West has done a fine job of concocting a simmering hotpot of brilliant ideas that meld into an enjoyable action movie. At its heart, it’s Taken minus the quotable lines, high on moments of intense action and fraught with the perils of if-I-don’t-save-my-daughter failure. Yet at the same time, Stolen delivers more with flashes of Sherlock Holmes and there’s even time for brief forays into The Italian Job as Will executes bank heists right under the noses of the blithely unaware staff and police. Stolen is wholly unoriginal, but the way in which it makes all the borrowed ideas work in tandem is refreshing and the movie is ultimately more worthy than most would give it credit for.

(Delivering an intriguing mix of detective work and pure brutality, Stolen is what Taken should have been) 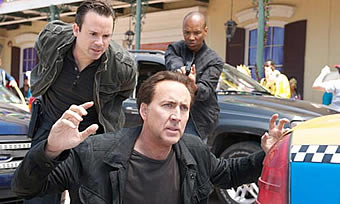 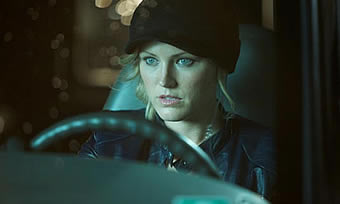 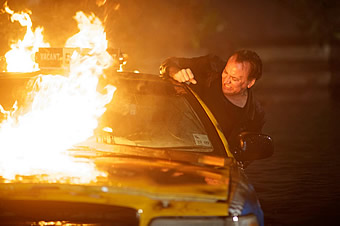 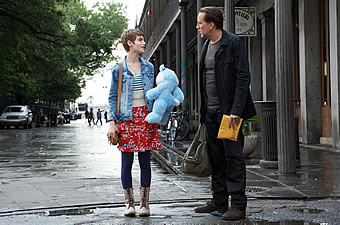 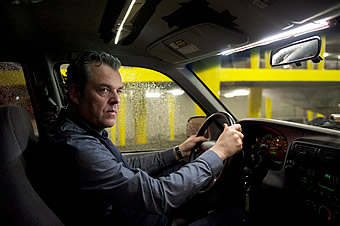 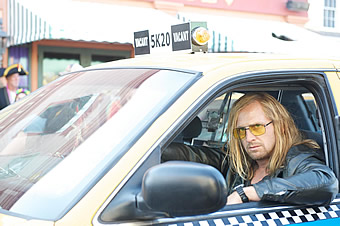