After watching Star Wars: The Force Awakens, you can easily conclude that one of the best decisions Disney has ever made was to cut George Lucas out of the creative process of any more new Star Wars movie.

A second and even better decision Disney made was to let JJ Abrams helm the first of the new Star Wars movie trilogy.

Arguably the best Star Wars movie out of all of the seven movies released so far (Star Wars fans out there know it’s the truth), Star Wars: The Force Awakens more than lived up to the hype and anticipation that has been surrounding it since news of its production were released.

Yes, it is THAT good.

Abrams does an amazing job obliterating painful memories of the prequel trilogy (if you aren’t familiar with the Star Wars prequel trilogy, take my advice and just read the synopsis of the prequel trilogy online rather than sit through all the movies. The grief and time you save yourself will make you immensely grateful to me). Proving himself the maestro with the Midas touch when it comes to revitalising tired yet beloved movie franchises (think the rebooted Star Trek), Abrams finely balances the need to respect die-hard fans by paying homage to the original trilogy and making the Star Wars: The Force Awakens accessible to audiences new to the Star Wars franchise.

The essence of the original Star Wars trilogy is captured without resorting to cheap tricks such as sprinkling trite lines of “May the Force be with you” (that line was only uttered once throughout the entire movie). Instead, Abrams pays homage to the original trilogy through small gestures such as using the classic spiral and swipe transitions of the Star Wars series or by having familiar scenes between new characters (I won’t spoil it for you but keep a lookout for a father-son confrontation scene that immediately reminded me of the confrontation between Luke Skywalker and Darth Vadar). He also appropriately uses Han Solo to mock some of the similarities by having Solo point out that the main difference between new planet/weapon that the First Order uses is and the Death Star except that “it’s bigger”.

Perhaps the combination of one of the original co-writers for the first Star Wars trilogy, Lawrence Kasdan, and Abrams is what makes this new Star Wars movie have a sense of continuity in the plot that makes it so familiar yet at the same time, have a certain freshness to it that makes it interesting enough to keep the viewers wanting to watch on despite recognising the similar plot devices such as father-son relationship issues or the awakening of a young Jedi prodigy who is strong with the force or a perilous journey to deliver a droid with precious information that can be a gamechanger in the entire good versus evil war.

Abrams is well aware that Star Wars is not just about special effects (George Lucas clearly forgot about that and got way too caught up with the special effects) and that the special effects and fight scenes are really for the purposes of furthering the plot. His respect for the storyline and characters is what elevates this above the original Star Wars series which had some puzzling plot developments and scenes that Lucas simply put in for his own entertainment. Abrams’ prowess as a director comes through right at the beginning of the movie where he manages to humanise and make you sympathise with Finn as a Stormtrooper without any dialogue and with Finn still wearing the expressionless Stormtrooper mask. Similarly, Kylo Ren’s menacing disapproval of Finn comes through just as strongly with no dialogue and underneath an equally expressionless mask. At the same time, Abrams easily let new audiences grasp the personality of original characters, Han Solo and Leia Organa as well as C-3PO with a few simple lines that will make Star Wars fans go “Oh, that’s so typical of [insert character name]!”

I could go on and on about what this movie is worth a watch but why wait your time making you read through all of that? Just go watch the movie and you’ll see why it’s getting such rave reviews.

(Star Wars fans rejoice! Your patience in waiting for an amazing Star Wars movie has finally been rewarded) 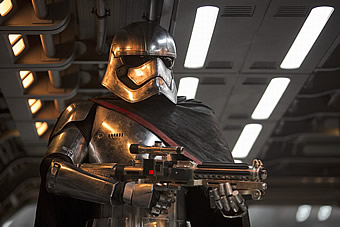 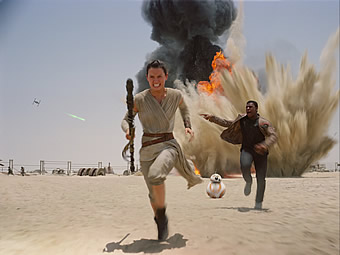