Synopsis: "Sinister" is a frightening new thriller from the producer of the "Paranormal Activity" films and the writer-director of "The Exorcism of Emily Roses." Ethan Hawke plays a true crime novelist who discovers a box of mysterious, disturbing home movies that plunge his family into a nightmarish experience of supernatural horror.
Movie Review:

Children. A mysterious box. Found footage. A large spooky home. Ingredients essential to concoct a horror film, especially when expanded, the narrative grew to include the occult, fiendish looking symbols, and the perennial boogie man. Writer-director Scott Derrickson, whose earlier foray was The Exorcism of Emily Rose, seemed to have scored with a perfect formula through Sinister, because I will unabashedly admit that I got genuinely spooked. Even if he had used the oldest tricks in the book, my heart skipped beats and I was tempted to close my eyes when ominous music blared through the speakers.

Ethan Hawke pulled off a near one man show here, as true-crime novelist Ellison Oswalt, who desperately needs another bestseller so that he can continue what he defines as a comfortable lifestyle for family, consisting of wife Tracy (Juliet Rylance), and young children Trevor (Michael Hall D'Addario) and Ashley (Clare Foley). Unable to afford the mortgage of his current mansion, he uproots everyone to a house that's a bargain in the market, only to keep its secret away from his wife - that it's actually a crime scene to a gruesome massacre. But what better way to fuel his obsession for detailed research than to stay in the house where it happened.

Derrickson balanced his film with a couple of elements that served well for the narrative, with care taken to explore the family dynamics early on, allowing these seeds sown to simmer for a bit, before having it take some importance to affect Ellison's decision making process, whether his family, or mission to stroke his ego, from what he deemed as his calling in life, was more important. Ellison is believable as the protagonist, not that we both enjoy writing, but by making him vulnerable, and put at a crossroads, proved to be a winning factor in making us sympathetic to his cause. That's even though he may be double-headed, in wanting to bring justice to a series of seemingly unrelated murders that he came to know of through some cans of Super 8 films found in his attic, or basically to add to his coffers, and cement his reputation in the literary crime circles.

And these grainy films provide the basis in which a pseudo-investigations begin, where we bear witness to a hanging, a drowning, a burning, a massacre, and more. Derrickson expertly pulls out all the stops in wanting to make a suspenseful film, and succeeded on many counts. Naturally he had the same old elements to rely on to build tension, and anticipation, such as the play with light and shadow, a creepy score contributed by Christopher Young, and really loud musical beats with quick cuts being in sync and on cue for that in your face jump scare. And each of what I call as dirty tricks, hit the sweet spot every time.

With the protagonist being a writer, it fuels possibilities whether the series of events happen to be a product of a fertile mind, stressed from the need to produce another hit book, or to solve the mysteries behind the crimes discovered, or just stemming from his frequent drinking. And having night time shenanigans that would rouse one up from sleep, and in one's blurry state, become opportunities to throw in inexplicable scenarios that cannot be logically dealt with other than be interference from the nether world, that will also test one's propensity to scream. Red herrings are abound, and Derrickson used these to keep you guessing just how the proceedings would unfold, and end.

Predictable especially in the final stages, Sinister opened up a glimmer of hope of a new franchise, given the creation of what could be an iconic horror villain in quite a long while. But that will depend on how this film will fare at the box office to warrant any follow up movie. Hopefully there's a fighting chance here, even if the story never really provided one to the characters, and hurried itself toward an ending that blended reality, and the supernatural. 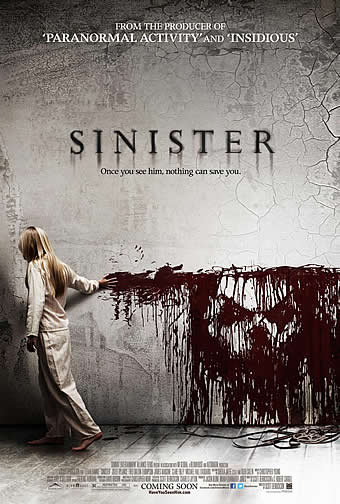 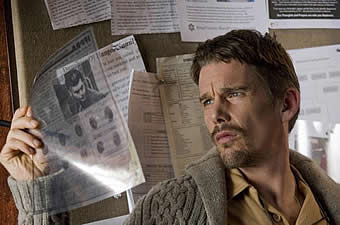 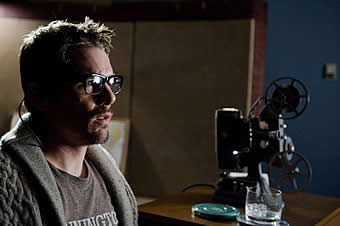 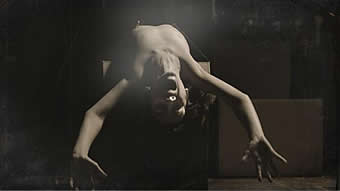 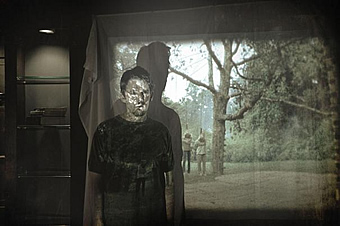 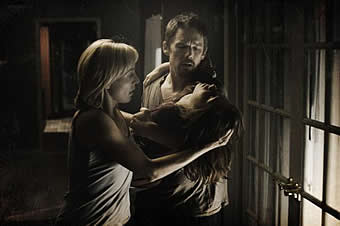 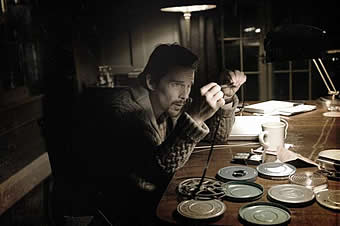