Synopsis: Nick Bannister (Hugh Jackman), a private investigator of the mind, navigates the darkly alluring world of the past by helping his clients access lost memories. Living on the fringes of the sunken Miami coast, his life is forever changed when he takes on a new client, Mae (Rebecca Ferguson). A simple matter of lost and found becomes a dangerous obsession. As Bannister fights to find the truth about Mae's disappearance, he uncovers a violent conspiracy, and must ultimately answer the question: how far would you go to hold on to the ones you love?

“You’re going on a journey, a journey through memory. All you have to do is follow my voice.”

You can be sure we will follow your voice, Mr Hugh Jackman. You are one of the most charismatic celebrities today, and you can be damn sure we’d be happy to be led by your voice into happier times of our lives. The ever likeable Australian actor plays Nick Bannister, a private investigator who owns a fancy machine that allows clients to relive memories by soaking themselves in a water tank. These memories are projected as a hologram and Nick will be witnessing them as they play out majestically on a separate device. Why do people need to indulge in these past moments? The world has become a mess, and no thanks to climate change, wars are rampaging and cities are submerged in water. Yup, our irresponsible actions today may lead to such undesirable consequences. But one has to survive, so Nick and his long time partner Watts(Thandiwe Newton) run this reminiscence service for the countless unhappy people out there. One day, an alluring woman named Mae (Rebecca Ferguson) steps into their office and like an unofficial sequel to The Greatest Showman (where Jackman and Fergusonhad brilliant on screen chemistry), the two fall in love. Alas, she mysteriously disappears and an infatuated Nick becomes obsessed with tracking down Mae. Along the way, dirty secrets will be revealed, and hearts will be broken. The movie is helmed by Lisa Joy, who the marketing angle is how this is the first feature film from the co creator of Westworld, a critically acclaimed science fiction dystopian TV series. Undoubtedly, viewers will be drawing similarities between the award winning drama series and this movie, and that may not be a good thing. Furthermore, the slowburn film will remind audiences of other films of the same genre, and unfortunately, superior titles like Blade Runner, Minority Report and Inception come to mind. There are moments during this 116 minute movie when you feel that the filmmakers aren’t sure what to focus on, and a result of that is to have a little of everything, which ends up frustrating viewers. Amidst Nick’s constant digging for the truth, is there a breathtaking twist waiting to happen? The action sequences are beautifully choreographed, but do they sit well with audiences yearning an adrenaline rush? Daniel Wu has a supporting role as a bad guy, but what is the point of him peppering his lines with American accented Mandarin phrases? The best thing about the story is how tragically bittersweet the relationship between Nick and Mae is, and credit goes to Jackman and Fergusonfor keeping our eyes glued on the big screen whenever they appear. Also, the sets are gorgeously created – this is a world that is magnificent to see on screen, but one that you do not want to live in. The ending is also poignantly heartbreaking, and as you witness Nick and Mae’s eventual fate, you pardon the film’s flaw. Like Nick’s clients, we only want to embrace the best moments of the film. 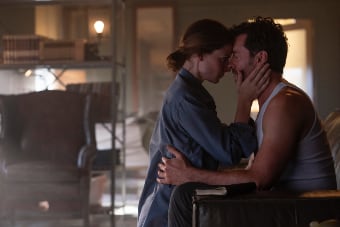 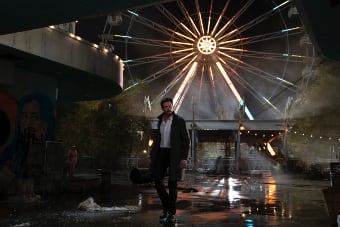 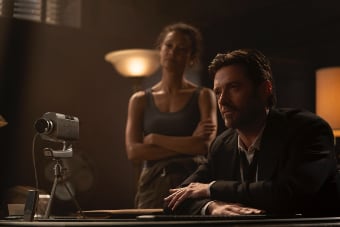