Synopsis: When Frank Walsh (Nicolas Cage), a hunter and collector of rare and exotic animals, bags a priceless white jaguar for a zoo, he figures it’ll be smooth sailing to a big payday. But the ship bearing Frank’s precious cargo has two predators caged in its hold: the cat, and a political assassin being extradited to the U.S. After the assassin breaks free - and then frees the jaguar - Frank feverishly stalks the ship’s cramped corridors in hot pursuit of his prey, right up until the thrilling, unpredictable climax.

Not often does a Nicolas Cage movie get the big-screen treatment anymore, so that in itself makes ‘Primal’ a curious animal. Alas, though expecting it to be better than his other direct-to-video releases will likely be disappointed. Despite a promising setup, this directorial debut by longtime stunt coordinator Nick Powell fails to deliver much B-movie thrills, devolving into a sometimes confusing and often bland cat-and-mouse (and jaguar) game which will leave you expecting more.

Like we said, it does start off intriguingly enough, what with Cage perched in a tree somewhere deep in the Brazilian jungle hunting a rare white jaguar known to the locals as “El Fantasma Gato” (or “The Ghost Cat”). A former zoo worker turned exotic animal hunter, Cage’s gruff Indiana Jones-type character Frank Walsh aims to transport his catch to a zoo outside Madrid for a handsome price of $75,000. Unfortunately, the freighter he has booked has also been reserved at the last minute by the US Marshals, who are transporting a high-priority prisoner back to the United States.

You can probably guess at some point that Frank will be pitted against the said prisoner Richard Loffler (Kevin Durand), and that the jaguar will somehow feature in it, so it’s just a matter of how we get there and how that confrontation eventually pays out. That anticipation however soon gives way to frustration as Powell and his writer Richard Leder seems content to spend pretty much the first hour letting Richard hunt down the team of US Marshals led by the no-nonsense Agent Ringer (LaMonica Garett).

As brutal as these kills may be, there is little build-up or continuity between them; it doesn’t help too that the guards are utterly devoid of any personality, such that we don’t really quite care if they manage to stay alive. It also begs disbelief that Richard can outsmart them in such a short time, making his way about the ship like he knows it at the back of his hand to dump its freshwater supply, disable its controls, reset its route, block its communication and released Frank’s fauna.

Talking about them animals, it is downright puzzling that the jaguar disappears for most of the second act, only turning up towards the end when it is convenient for it to intercede between Frank and Richard. There is a distinct sense of missed opportunity here, as Powell failing to make use of the predator to inject a palpable sense of danger and unpredictability into the melee. Frank too gets little to do in the first hour except butt heads with Ringer, and it is only when every one of the US Marshals is eliminated that Frank gets to jump into the action.

Ditto for the other supporting players, including a US Navy neurologist (Famke Janssen) sent to monitor Richard’s condition and a shifty Justice Department (Michael Imperioli) official with an agenda of his own. Whereas Janssen’s neurologist is there primarily to jolt Frank’s conscience, and the Justice Department official to complicate matters, neither is given sufficient treatment in Leder’s efficient but workmanlike script to fully register in the story.

It is always a pleasure to watch Cage chew scenery, but compared to some of his more recent work, he is a lot less ‘gonzo’ and a lot more subdued here – and therefore by extension, a lot less interesting. Given how his character is neither crazy or physical enough to bring the fight to Richard, the final mano-a-mano between them is less satisfying than you’d wish it would be, even with a charismatic Durand joining Cage in growling at each other. The jaguar’s entry towards the end does give the climax an adrenaline boost, but it is frankly too little and too late.

So contrary to its title therefore, ‘Primal’ isn’t as primal as it needs to be in order to be a truly delightful B-movie outing. By playing it too safe and by the books, the movie fails to fully exploit its absurd premise, and ends up being just middling enough to amble along for its one-and-half-hour duration. Even though it gets the big-screen treatment, ‘Primal’ is hardly Cage’s best outing of late, and those who expect it to be better than his usual VOD fare will inevitably be let down.

(Not quite primal as it needs to be, this middling cat-and-mouse-and jaguar game on board a freighter out at sea falls short of being a B-movie delight) 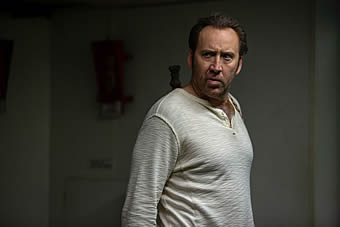 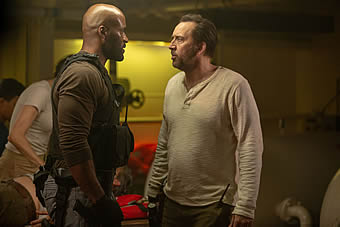 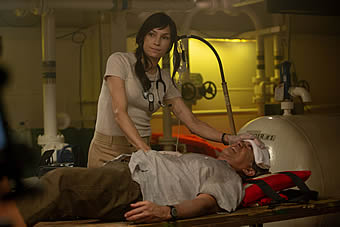 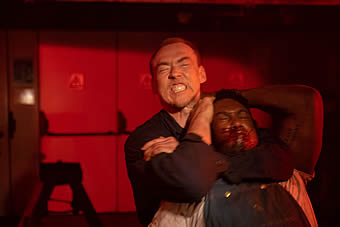