Synopsis: ARMY OF ONE is the mostly true story of Gary Faulkner, an ex-con, unemployed handyman, and modern day Don Quixote. He is armed with only a single sword of which he purchased from a home-shopping network and the belief that God asked him to do so. He travelled to Pakistan eleven times in order to capture Osama Bin Laden and bring him to justice. By following Gary on his various journeys we will meet a cavalcade of colourful characters - Gary's old friends back home in Colorado, the new friends he makes in Pakistan, the enemies he makes at the CIA - and even God and Osama themselves - who all can't help but be inspired and forever changed by coming in contact with such a force of nature as Gary. ARMY OF ONE is ultimately a celebration of dreaming big and about how one deeply passionate man's dream catapults him from near homelessness to an international superhero.

It took the United States close to a decade to find and kill Osama bin Laden, and in that time, a frustrated Colorado construction worker and self-proclaimed American patriot apparently received a vision from God to travel to Pakistan and find the man responsible for 9/11 himself. According to the GQ profile by Chris Heath, that man named Gary Faulkner made multiple attempts to do just that – first, by sailboat from San Diego; then by hang-gliding from Israel; and finally by flying directly to Islamabad with no less than a cheap samurai sword that he had bought from TV. Not often do you come across such a real-life tale stranger than fiction, and there’s no doubt that there is an interesting story at the heart of ‘Army of One’ to be told.

Alas, this latest from ‘Borat’ director Larry Charles is a terrible comic misfire on every single level, so much so that it isn’t just plain unfunny, it is also utterly infuriating to watch. Blame that first and foremost on Nicolas Cage’s grating performance as Faulkner – in portraying the daffy vigilante, Cage puts on a nasal whine and goes on in extended monologues about how great America is and/or how stupid some Americans are not to support their country in their everyday decisions. The first time you hear that voice, you’re probably wondering what Cage is up to; the next and the next and the umpteenth time you do, you’ll just feel like punching Cage in the face. The worst part about it? It is completely fabricated, absolutely untrue-to-life, and no more than an artistic choice by the actor himself to play the man as ‘manic’ and ‘excitable’.

Not only is it a misconceived caricature of a subject who does not need much further embellish, it is also downright annoying to the core. Because of Cage’s affected performance, it is difficult to feel any measure of sympathy for his character, who not only comes across dumb and misinformed but also an extremely self-absorbed individual. Why should we care about his wellbeing, physically or psychologically, when he decides to forgo dialysis in order to obey the mission he thinks God set him out to do? Why should we root for him to come to his senses and settle down with former high-school classmate Marci Mitchell (Wendi McLendon-Covey), probably the only woman who is not intimidated or repulsed by his eccentricity? And for that matter, why should we even bother whether he dies trying on the way to Pakistan – in fact, we’re actually hoping he does, just so we don’t have to put up with any more of his ‘sh*t’?

Compared to Cage, Russell Brand’s personification of God is somewhat less grating, but only because he is in the movie much less than Cage. Oh yes, Brand first appears during one of Faulkner’s dialysis sessions in the form of the people around him but pretty much leaves Faulkner to self-destruct on his own, until the latter seems confused, helpless and/or ready to give up on the so-called quest that God instructs him to carry out. Despite what the poster implies, theirs is no buddy dynamic, given how little they appear in the movie together and how Cage is almost always in anxiety whenever his character appears onscreen next to Brand’s. Those hoping for some comic rapport between the two top-billed co-stars will most certainly be disappointed; indeed, even the chemistry between supporting actors Rainn Wilson and Denis O’Hare in the few scenes as a pair of CIA agents in Islamabad forced to contain Faulkner proves funnier than that between Cage and Brand.

It is as much Charles’ fault as it is that of his screenwriters Rajiv Joseph and Scott Rothman that their ‘Army of One’ is so painfully short on comedy or drama. The scattershot narrative suggests that it was never quite clear what they were trying to portray or where it was they were trying to go, so much so that it takes too long for Faulkner to actually land up in Islamabad and too little eventually to make that wait worthwhile. Truth be told, nothing really happens once Faulkner gets to Pakistan – except a lot of looking lost, occasional screaming, and too many bouts of daydreaming, including one utterly misplaced sequence where Cage meets Amer Chadha-Patel’s bin Laden in a cave and proceeds to engage in a swordfight with him. Charles employs the same faux-documentary approach he did with ‘Borat’ and ‘The Dictator’, giving Cage ample room to improvise as he gave to Sacha Baron Cohen in those earlier movies; but Cage is not the sharp witty comedian Cohen is, such that Charles’ loose direction only ends up amplifying the former’s worst tendencies.

Only at the end do we see a glimpse of the character-driven satire that ‘Army of One’ could have been – watching TV at Marci’s place one day, Faulkner greets with bewilderment and disbelief the announcement by President Obama that bin Laden has been killed and buried at sea. And yet, it is too late for that moment of self-reflection to lend the movie any redemption, simply because it hardly makes up for the terrible experience we’ve had to go through watching Cage play his version of Faulkner. Like we said before, it is one of the most agonising performances we’ve sat through in a long while, and further sounds the death knell on Cage’s floundering career in Hollywood. Unless you’re in a self-flagellating mood, take our advice and save yourself from sitting through this painful trip to nowhere.

(A promising comic premise turns into one of the worst movies of the year, no thanks to an aimless script, unfocused direction and a plain infuriating performance by Nicolas Cage) 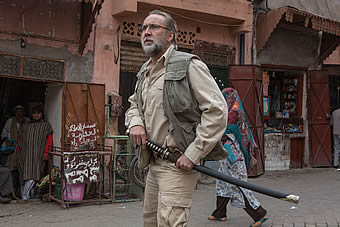 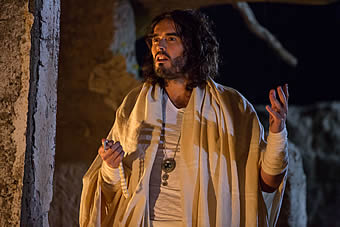 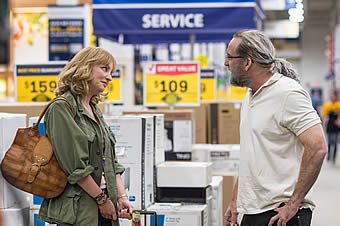 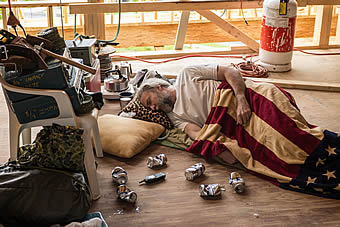 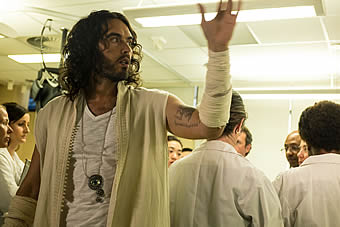