Synopsis: From director Joe Wright comes “Pan,” a live-action feature presenting a wholly original adventure about the beginnings of the beloved characters created by J.M. Barrie. Peter (Levi Miller) is a mischievous 12-year-old boy with an irrepressible rebellious streak, but in the bleak London orphanage where he has lived his whole life those qualities do not exactly fly. Then one incredible night, Peter is whisked away from the orphanage and spirited off to a fantastical world of pirates, warriors and fairies called Neverland. There, he finds amazing adventures and fights life-or-death battles while trying to uncover the secret of his mother, who left him at the orphanage so long ago, and his rightful place in this magical land. Teamed with the warrior Tiger Lily (Rooney Mara) and a new friend named James Hook (Garrett Hedlund), Peter must defeat the ruthless pirate Blackbeard (Hugh Jackman) to save Neverland and discover his true destiny—to become the hero who will forever be known as Peter Pan.

Except for the part where Peter Pan learns of his ability to fly as he plummets to what seems like inevitable death, Pan is overall a family friendly movie with great visual effects that should sufficiently entertain the children without boring the parents too much.

And that exactly is its problem. Pan is not terrible. Neither is it fantastic. It’s simply insipid.

As a prequel and origins story to a much-loved and familiar fairy tale, Pan has a lot to live up to. To fulfil this tall order, it seems to have looked to and ripped off ideas from successful movie franchises.  Neverland is a steampunk mining village where abducted boys are forced to dig for pixie dust for a pirate king, Blackbeard, who rules over them with an iron fist in the Mad Max: Fury Road vein. Stretching the resemblance to Immortan Joe further, Blackbeard’s “wife” was an abductee held against her wish who eventually escaped his evil clutches and rose up against him. Resembling a pre-Darth Vader Anakin Skywalker, Hook is a roguish charmer who is BFFs with Peter Pan and who is in love with tribal princess Tiger Lily.

Pan’s reliance on other stories is evident right from the beginning. Peter is reluctantly left in an orphanage by his loving mother and naturally this is an orphanage run by a cruel headmaster nun. The scene where Peter asks about food rations when he is given a pathetic serving of crummy porridge for breakfast triggers thoughts of Oliver Twist.

While it isn’t uncommon for storytellers to draw inspiration from other stories, Pan’s failing is in its inability to combine these elements to create a new story. Rather, it feels like a messy mash-up of these various stories. Where the plot doesn’t allow for the movie to borrow from others, its solution is to come up with illogical or lame developments. The movie never quite explains why or how the nuns at the orphanage got into the trade of selling boys to Blackbeard or why they seem to barely bat an eyelid at the prospect of a flying pirate ship. Blackbeard’s defeat by the fairies is premised on how the fairies suddenly realise that they can band together to overpower him and his motley crew after they witness Peter flying (seriously, it took them as well as the tribal people centuries to come to a conclusion that a twelve year-old Peter Pan drew in less than five minutes? You can’t help but wonder what’s wrong with their intellect).

Pan also depends heavily on audiences being fascinated with Blackbeard and Pan to keep them engaged. While Levi Miller puts in a decent performance as Peter Pan, his Peter inexplicably becomes courageous and lets go of his fear, leaving audiences a little befuddled. Unlike Immortan Joe, Hugh Jackman’s Blackbeard is unnecessarily flamboyant and loud rather than menacing despite being dressed in the dreary black clothes. Hook and Tiger Lily are thrown in for no reason other than because we need to have Hook in a Peter Pan movie and a customary love interest.

While the plot and character development fails quite badly, the visuals are amazing and befitting of a fantasy land.  Kudos to the effect, costume design and set design teams for balancing the array of colours and making the transition from the gloomy mines and pirate ships to the colourful tribal areas where the natives don rainbow colours smooth. The imagining of outer space with its kaleidoscope of stars is also breath-taking. A particularly enjoyable 3D experience is that of seeing Peter float in space and then abruptly pulled down by gravity. That scene showcases the smoothness of the 3D treatment for this movie and is captivating. For once, I actually felt that the 3D treatment enhanced, rather than encumbered, the movie-going experience.

(If you are bringing your kids to watch this movie, do go for the 3D version to keep yourself entertained. And do your kids the favour of telling them the real story of Peter Pan after the show)

THE CHRONICLES OF NARNIA: THE LION, THE WITCH AND THE WARDROBE (2005)
Back 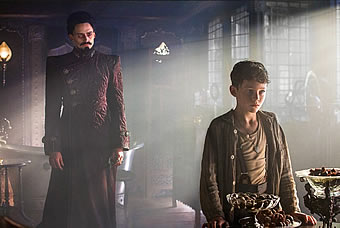 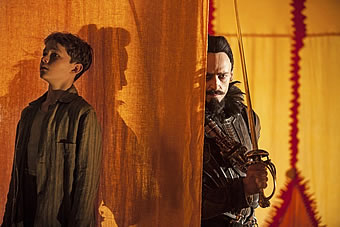