Synopsis: "Maleficent" is the untold story of Disney's most iconic villain from the 1959 classic "Sleeping Beauty." A beautiful, pure-hearted young woman, Maleficent has an idyllic life growing up in a peaceable forest kingdom, until one day when an invading army threatens the harmony of the land. Maleficent rises to be the land's fiercest protector, but she ultimately suffers a ruthless betrayal - an act that begins to turn her pure heart to stone. Bent on revenge, Maleficent faces an epic battle with the invading king's successor and, as a result, places a curse upon his newborn infant Aurora. As the child grows, Maleficent realizes that Aurora holds the key to peace in the kingdom - and perhaps to Maleficent's true happiness as well.

The folks at The House of Mouse have been known to make you feel good – even in the lousiest of days. On a good day, you’d be thankful for that (Watching Disney productions like Saving Mr Banks and Frozen have had extremely positive effect on depressed people), while on bad days, you wish things could turn a little wicked (Wasn’t the mermaid in The Little Mermaid supposed to turn into a bubble and burst? Surely Quasimodo from The Hunchback of Notre Dame could be more hideous?)

When we heard that Disney is going to produce a live action movie based on Maleficent, we were thrilled. We’re talking about one of the evilest villains from the 1959 classic Sleeping Beauty. That sharply angled face, that irritating crow and need we mention those horns. The Mistress of All Evil, as we know her, wasn’t too pleased when she found out that she wasn’t invited to the royal christening of the kingdom’s infant princess. Cue a terrible curse that would cause the princess to prick her finger and sleep forever, magic potions that look too venomous for comfort and lots of evil crackly laughter.

Now, Disney wants to tell you the truth – one that will have you understanding why Maleficent’s pure heart was turned to stone, a betrayal that involves a royal kingdom and a dastardly forest and of course, a beautiful princess that may be the key to peace in the land.

Or so says the marketing copy.

When the publicity trailers were first released online, we were impressed by leading lady Angelina Jolie’s uncanny resemblance to the animated Maleficent. That cold glare, that menacing stare and that depraved cackle: Jolie has effortlessly managed to send quivers down our spine. Then came Lana Del Ray’s cover of “Once Upon A Dream”, the single that will serve as the title song for the movie. The American singer songwriter’s haunting vocals was a perfect match for what seemed to be a sinister ride down our memory lane of this beloved fairy tale.

While the 97 minute movie is a feast for the eyes (cinematography by Dean Semler boasts numerous fantastical scenes filled with fairies and forest creatures), and the action scenes are excitingly choreographed (the battle between man and nature, and the finale showdown between soldiers and a ferocious dragon are easily impressible pieces), you can’t run away from the fact that this is a Disney production.

Jolie is aptly dark and menacing in her outfits designed by Anna B Sheppard, and the Academy Award winning actress snarls and growls like a true villain, but as the story progresses, you get a nudging feeling that everything will turn out fine in the end. Without giving away too much, yes, it is a happy ending that is so family friendly, you’ll wonder where that cynical realism was chucked after leaving the theatre.

First time feature director Robert Stromberg (known for his visual effects work on movies like Life of Pi and The Hunger Games) is clearly a visually driven filmmaker. The movie is a joy to look at, and competent performances by a supporting cast of Sharlto Copley as King Stefan, Sam Riley as a raven shapeshifter and Imelda Staunton, JunoTempleand Lesley Manville as the pixie fairies don’t hurt the movie either. Bonus points also come in the form of the likeable Elle Fanning who takes on the role of Princess Aurora.

We just wished that this potentially sinister tale could have been peppered with more ominous cynicism and menace. 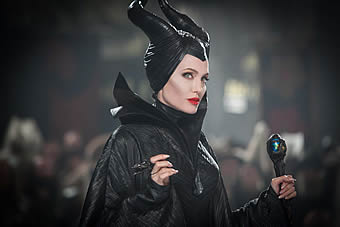 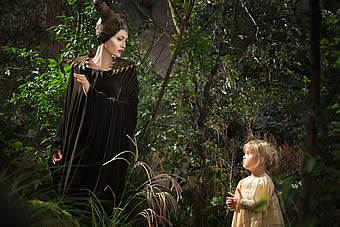 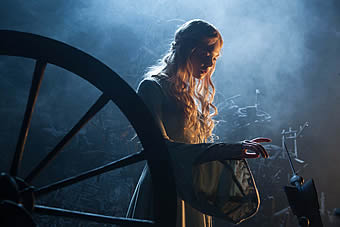 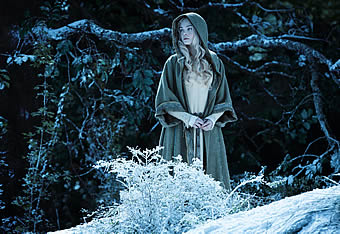