Synopsis: Paddington, the world’s favourite bear, returns in PADDINGTON 2, the hilarious and action-packed sequel to the 2014 worldwide hit which became the highest grossing non-studio family film of all time. Happily settled with the Brown family in Windsor Gardens, Paddington has become a popular member of the community, spreading joy and marmalade wherever he goes. While searching for the perfect present for his beloved Aunt Lucy’s 100th birthday, Paddington spots a unique pop-up book in Mr Gruber’s antique shop, and embarks upon a series of odd jobs to buy it. But when the book is stolen, it’s up to Paddington and the Browns to unmask the thief...

‘Paddington 2’ is that rare sequel which is as much of a sheer delight as its predecessor – and that is no easy feat, mind you, for the red hat-clad marmalade-chomping ursine had made his big-screen debut back in 2014 with wit, inventiveness and an irrepressible burst of good cheer.

Having established how the endearing Peruvian resident had made his way down to London’s Paddington Station (hence the name) and found himself into the hearts of an unassuming middle-class family known as the Browns, returning writer-director Paul King spins a colourful mystery here around the theft of a pop-up book which Paddington (voiced with perfect innocence by Ben Whishaw) is wrongfully accused of. His beloved Aunt Lucy’s (Imelda Staunton) 100th birthday is approaching, and Paddington thinks the vintage book is saving up to buy – by first working as a barber’s assistant and later on a window cleaner for his fellow residents on Windsor Gardens where he lives with the Browns – from Mr Gruber’s (Jim Broadbent) antique shop would make an excellent gift.

Unbeknownst to Paddington, his newest neighbour on the block has more nefarious designs. A vain, washed-up acting thespian who now spends his days fronting ‘dog food’ commercials, Phoenix Buchanan (Hugh Grant) believes that the book holds the clues to some lost treasure which will enable him to reclaim his former stage glory. As Paddington bides his time in an imposing Victorian-style prison and the Browns scramble to clear Paddington’s name, Phoenix slinks across town in various disguises – among them, a vagrant, a knight and a nun – to piece together the parts of a puzzle that have been left behind more than a century ago.

Even though it is no secret just who the villain is or that Paddington will eventually make a few friends in prison who will help clear his name, the joys and thrills of watching either are undiminished. Grant is absolute riot playing an actor way past his prime yet utterly full of himself; not only does he passionately throw himself into multiple ridiculous disguises and eye-popping tweed outfits, Grant has no qualms upping the has-been ham interacting with his old costumes from his theatrical past – and we might add that you should stay till the end for his show-stopping musical number. There is also great fun watching Paddington win over the gruff prison head chef Knuckles McGinty (Brendan Gleeson) as well as the rest of his fellow inmates with marmalade, leading up to an ingeniously conceived old-school jailbreak.

That is but one in a sequence of enormously fun set-pieces. There’s one with Paddington messing up a haircut and another with him washing windows with his entire furry being; there’s a breakneck chase with him astride a trusty Irish wolfhound; a laundry incident with a red sock that turns all the inmates’ uniforms pink; an elaborate plan by the Browns to break into Phoenix’s residence to prove his culpability, and last but not least a climactic finale with two speeding vintage steam trains racing parallel to each other. You can tell just how much thought has gone into even the seemingly throwaway gags by the surprising number of call-backs – an extreme form of yoga called ‘chakrobatics’ that we see Mr Brown taking up during the opening credits while suffering from mid-life crisis is put to good use during the climax; and an incident with a stick of toffee apple at a carnival gives Paddington the idea of using them to walk on the roof of a hurtling locomotive without getting blown away.

That intricacy is also keenly felt in the richly designed fairytale London setting full of whimsical and wonderful, where you’ll see working red telephone boxes, school newspapers printed on actual presses and even Victorian steam fairs. There are plenty of details that you couldn’t and wouldn’t catch in one sitting, but that just speaks to the thought and inspiration that has been poured into these 100 minutes. What will certainly be felt is its brimming heart, warmth and humanity, not just through Paddington’s undimmed goodness and courtesy for others but also in the love between Paddington and the Browns that makes them truly family. Not often in this day and age do you see such wholesome family entertainment devoid of any hint of cruelty and cynicism, and that is part of the movie’s winning charm.

Really, there’s so much to love about ‘Paddington 2’, a splendid sequel that packs delightful bits of physical comedy, distinctively British wit and plenty of warm, tender emotion into an enchanting concoction. Like we said at the start, it is as magical as the first movie, and every reason to hope that the late Michael Bond’s lovable creation will always be around. 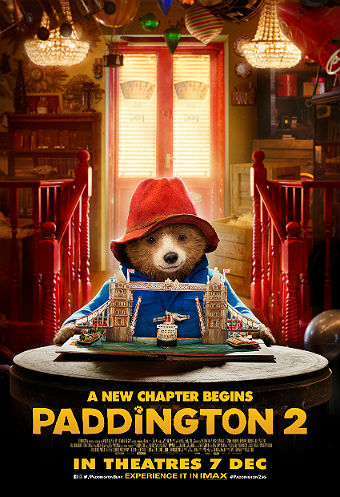 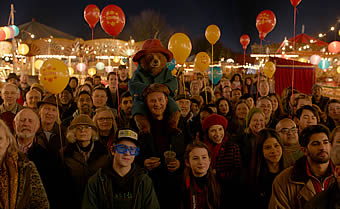 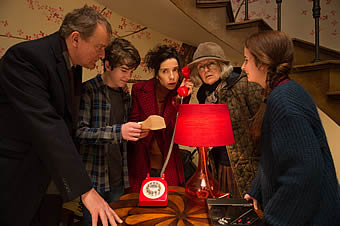 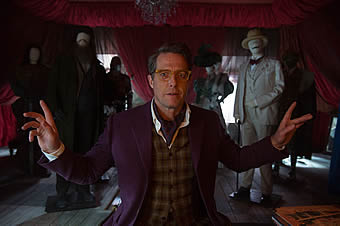 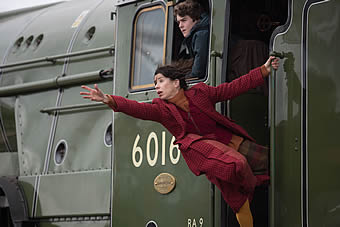 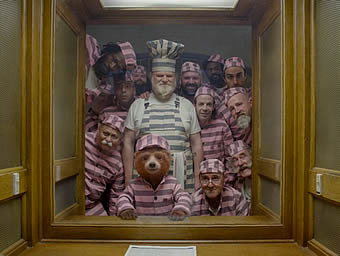