Synopsis: This summer, visionary filmmaker M. Night Shyamalan unveils a chilling, mysterious new thriller about a family on a tropical holiday who discover that the secluded beach where they are relaxing for a few hours is somehow causing them to age rapidly … reducing their entire lives into a single day.

Perhaps one of the most intriguing trailers to come out of 2021 is M. Night Shyamalan’s Old. It begins with a couple and their children visiting the Hollywood definition of a luxury resort - tropical palms, overly decorated drinks and too much linen - and quickly goes for WTF when they start rapidly aging after relaxing at a private beach.

This premise, originally raised by Sandcastle graphic novel authors Pierre Oscar Lévy and Frederik Peeters upon which the movie is loosely based on, should have produced priceless fodder for a good scriptwriter. Old could have gone exciting with a family action piece, and have the protagonists frantically digging their way to a solution or escape. Or maybe a paced-out philosophical examination of relationships, time, grievances, values perhaps?

Instead, Shyamalan flounders between tone and tropes, and falls victim again to his own ingenuity - one that sparks brilliantly but peters out because no one tended to the wood - and somehow comes up with a film that embodies the sense of a ricochet - there’s a lot of bouncing around but it still misses the mark.

The director centres the story around the photogenic family of Guy (Gael García Bernal) and Prisca (Vicky Krieps), bringing their 11-year-old Maddox (Alexa Swinton) and 6-year-old Trent (Nolan River) on a vacation. Little do the young'uns know, their parents are on the verge of divorce, and this holiday is a ceremonial agreement between the two adults before they part ways. But hey, if the hotel manager offers you an invitation to their private beach because he finds you have a very special family, then disagreements can wait, right?

The family arrives awestruck by the dramatic coast, if slightly miffed at being joined by another family, but they soon find themselves with more pressing issues to deal with. When the said beach begins turning up supernatural aging effects (a year goes by in 30 minutes), the family and other holiday goers wind up spending much of the film trying to understand the phenomena, trying to escape, having breakdowns, and dealing with the consequences of this mercurial hourglass - in no particular order.

And that’s where Old falls apart - the sequencing here is manic. Shyamalan’s intent on telling us something here, but I’m not exactly sure what that is. Is it a sense of urgency from the debilitating effects? Or is it some group dynamic that he’s trying to explore and make tense? Well, having characters shout at each other or revealing their occupation through clunky exposition is not making it happen.

In fact, the lines here - so basic in nature - give us nothing of the stranded victims, making it impossible for us to feel much when anything untoward happens at all. This shows up the worst in the scenes when the camera pans around as the characters deliver their lines. I feel like I’m at the first script-reading between the cast - that’s how awkward it was.

That’s not to say the camerawork was shabby. On the contrary, the visuals gave me some of the best sort of discomfort, with off-subject framing serving tension and mystery in spades. But given how the story simpers, the film doesn’t manage to keep the suspense, and the thrills grow old way too very quickly.

(What a premise! Sadly, none of its potential was delivered in a script that feels more like a treatment than a polished work) 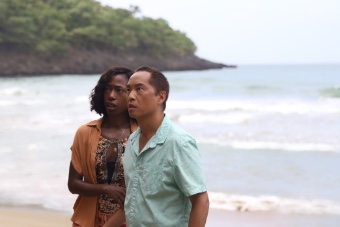 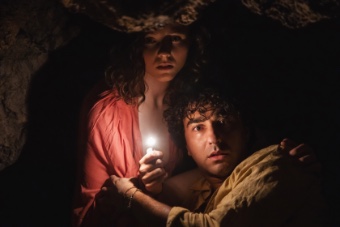 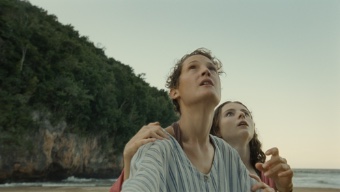